Anyone successful with IFTTT Do button

I am able to get info from my.openhab via the IFTTT interface. A simple send of email when the status of a switch changed to ON works. Next I tried to turn the switch on via a rule in IFTTT with no success. Even a DO button won’t work for me. Has anyone implemented sending commands to my.openhab via IFTTT?

I’m not sure why it started to work all of a sudden. I didn’t make any changes, oh well maybe either IFTTT or my.openhab was having issues. Or maybe I’m going crazy, which is more likely. Obviously I can do pretty much anything via the Android openhab app.

I’m just experimenting at the moment. IFTTT looks pretty interesting and I think I’ll be able to dream up some good things to do with it.

Typically it works like a charm. And there were no problems with my.openHAB 2 hours ago. If you accidentally see this problem again, please ping me and I will have a look at it in realtime.

Any way to do this without my.openhab? I don’t see the value add of yet another cloud system between OpenHab and the stuff I control.

As far as I know the only way to connect, from beyond your local lan, to your local openhab system is to use my.openhab as a relay service. I guess you could set up your own open web service that you could get at from the outside world but that would present many security issues that I know I wouldn’t want to deal with.

Well then, in your case you shouldn’t need my.openhab.

But then again you have the issue with IFTTT and interfacing with them. In my case I’m finding it easy to use my.openhab since it already plays well with IFTTT. For instance, one of my plans is to use the “Android Location” as a trigger to turn on and off some outdoor lights as I approach or leave my house. This implementation, after some initial experimentation, has proven to be very easy. I have yet to explore other things in IFTTT but think it may prove useful.

Any way to do this without my.openhab?

I’m not sure I understand what part of the “this” you want to do. If you want to use IFTTT (yet another cloud system) to interact with your OH instance than there is the Maker channel which can make REST API calls. However, when it first came out and I experimented with it I found it does not handle self signed certificates so it was a non-starter for me.

My.openhab manages this security better and I can control down to the item what gets shared with IFTTT so I’m pretty happy with it. It also tells me when openHAB goes offline which is nice.

But if you have no interest in IFTTT and you already have OH on public my.openhab doesn’t add much.

Personally, I only use IFTTT so I can give my wife some Do buttons on her iPhone for interacting with the few manually controllable switches. I use Tasker on my Android for that which gives me a lot more control.

Well, my interest in IFTTT comes from the GE appliances that support it. Ideally I would talk directly to GE, but that does not look possible so since they support IFTTT I thought that would be a good way to start.

Yep, looks like it is a closed API. Gotta love those walled gardens.

The easiest thing to do would be to set up my.openhab and only share some proxy items to it (my.openhab is a persistence binding so you do it the same as choosing which persistence stores which Items). Then set up IFTTT recipes to populate those Items. From there it is openHAB all the way with the rules and such.

The next easiest thing to do would be to purchase a cert from a trusted CA, install that into openHAB, and use the IFTTT maker channel to send and receive updates via the REST API.

I can’t think of any other ways to do it.

I like option two, or… I just ran into Green Bean, a open way to connect to many GE appliances over USB. 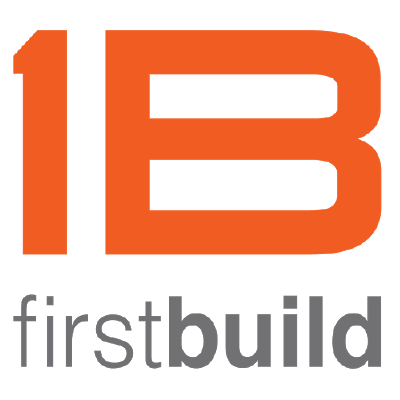 green-bean - An Adapter for the Appliance Maker Community

With one of those plus a CHIP or RasPi (or any other single board computer of your choice) for each device you can create some scripts that send/receive commands and updates without ever leaving the safety of your local network. I would probably (this is the approach I’ve used for other similar devices) have a script that queries the Green Bean API and posts changes to openHAB using MQTT and similarly receives commands from openHAB over MQTT as well. Unfortunately USB has a pretty short maximum cable length so you can’t just wire them up to a hub near your central server. But you could probably wire groups of appliances that are close together to one board computer (e.g. washer and dryer). This would eliminate the need to IFTTT entirely and keep everything on your local network. It probably eliminates the need to purchase the connection modules as well, which look like they come as a separate purchase.