Best way to control a Daikin AC with IR only?

What is the best way to control a (old) Daikin AC unit with infra red ?

So far the option i found are

I guess controling and IR AC unit is more complicated than sending a simple IRCode ?

(Note: the PI running openhab is not in the same room as the AC, cannot connect and IR emitter on it

Thank you for your advice

If you feel comfortable to program your own arduino sketch you can directly use the IRremote library.
I would use some kind of esp8266 chip. 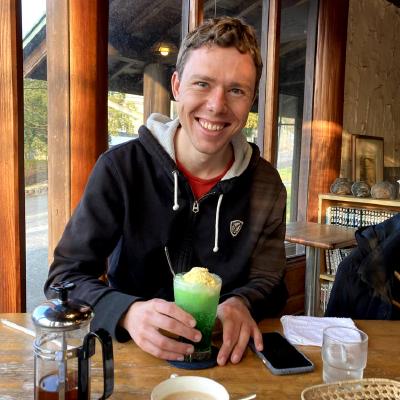 I have not tested this yet, but I plan to use this for my own AC in the future.

I see Tasmota uses the same library.
Maybe you don’t have to program your own sketch then.

BroadLink RM Mini3 Black Bean (I saw some scripts on github to send command to it, but nothing for AC control)

It can also learn commands so as long as you have the remote you should be fine.
Search the forum for broadlink
You can also use it for other IR items, TV, dvd…
Cheap and very versatile

Finally I bought an ESP82866 and an IR emitter.

I’ll use the library here

and use the MQTT Interface here

As it’s done in the exemple above, you have to send the IR code directly to the MQTT server.

The IR Code to send is quite complicated to build, so I’ll modify the Server to accept all the parameters of my AC unit and build the code, like in this example

All new territory for me …

What I’m worried about now is how i’ll debug the the whole thing.
I’ve never use any arduino before.
Only familiar with arduino IDE because off Tasmota, but not as real developper …

Here we go … the Daikin part is working fine.
Now i want to use the same ESP8266 to send IR code to my TV, but I need help in programming the ESP8266

If you can you’re welcome

Thanks to you all, I managed to get everthing working with an ESP8266 and the IRremote8266 github.
Only thing to improve now is the range of my IR led emitter.
ESP8266 is 3,3V only.
I tried this https://github.com/markszabo/IRremoteESP8266/issues/203#issuecomment-299788676 to go 5v and improve the range, but I don’t have any signal with this wiring.

Any Idea how to amplify the IR led signal ? 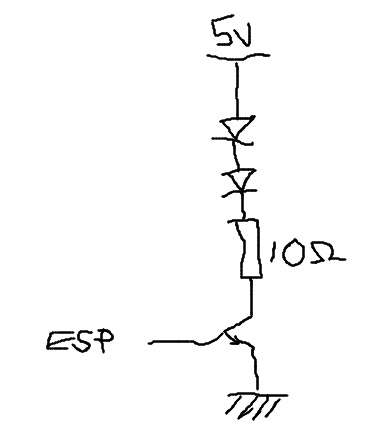 2 diodes will give you the range you want

Thank you, very nice and very clear ! I have 2 questions:

You can use that Vin pin no problems. No risk

PN2222 is kind of the basic reference NPN transistor. You’ll be fine with that one.
What you are looking for is the max collector current. In this case 600mA. Our target is 100mA. Well within the tolerance of the transistor.

Great everything is working perfectly now with the 2 leds !

A nice implementation with a broadlink IR remote !

Hello i am trying to achieve the same result to manage a daikin IR! I had no problem to build the HW part with a NodeMCU and IR leds, with IRRemote library i can do something but i can’t understand how you tweak it to make it work with MQTT both readin/writing and which was your strategy on OH side.
Would you please share the tweaked .ino code to understand?
Thank you very much!