Hi,
I have developed a binding for Broadlink devices, it currently supports RMx, A1, SPx and MP1. The last two haven’t been tested since I don’t have these devices. It’s been running on my test system for about a week now and everything works fine.

The communication with the various Broadlink devices are encrypted so it uses a key that someone somehow obtained (possibly through reverse engineering). Anyhow I have sent an email to Kai to get some clarification around openHABs stand on allowing bindings that uses elements that have been obtained in ways that can be described as unethical or even illegal depending on your legal jurisdiction. Anyways I will leave that to the core team to discuss and work out a shared standpoint if that does not already exist. This is probably a discussion that need to be held at some point. I am working on a new unrelated binding with the same question bound to pop up.

Anyways, the binding was developed for my own personal usage. I am not sure how common these Broadlink devices are, and there may be no significant interest among you. Could you let me know if there is any interest in me making the binding available, otherwise I will not bother with following up with Kai on getting openHABs standpoint on these matters.

I new work with openHAB2. OpenHAB2 seems to be a very interesting software to control a big range of different smarthome-systems.
As the next step for me, i wan’t to control my old media-devices (DVD, SAT, TV) who are IR-controlles via openHAB2. I buyed the Broadlink RM Pro.
If you can solve the point of encrypted communication with Broadlink, so that you can release an public binding, it will be perfect for me.
I hope you and the core-team can solve this “problem” with broadlink.

Hi,
I have spoken with Kai, and I think we probably can get this published (somwhere) if there is any interesst. So far, there just havent been any interesst so I have not really bothered. Anyhow, if you have a system and running and would like to help me beta test the binding I dont mind sharing it with you.

I’m travelling at the moment, once back home, I will add some logging to the code and we can take it from there. Works for you?

If you build it they will come!

Lots of interest to this binding! Could you share it please? I use RM Pro.

Sure, no problem what so ever. Once I get back home and add some logging to the code I’ll make it available as a closed beta for those that are interessted.

If anyone else is interessted, please let me know in this thread. It would be good if you also could let me know which OS you are on and which broadlink devices you have. The very limited testing done so far has been on Windows OS only with RM Pro, RM Mini and A1.

Do you have any updates?

Right now I’m using Python script for RM3 integration in OpenHAB, but it would be much easier to have a regular binding, instead of the external script. I’m willing to test it, when you make beta available. Regarding key and IV issue, this should be verified by Kai, but maybe you could make a Paper UI configuration for the binding, where users could enter key and IV (you would not be responsible for obtaining those stuff, nor would suggest how to do that), and the binding itself would be clean (from the legal point of view).

I have several RF 433Mhz light switches controlled by Broadlink RM2 Pro. I would love to test a regular binding too. Or is it only for IR signals?

BTW, davorf, which Python script are you using?

I’m willing to test a beta release and provide feedback.

The script is located here: 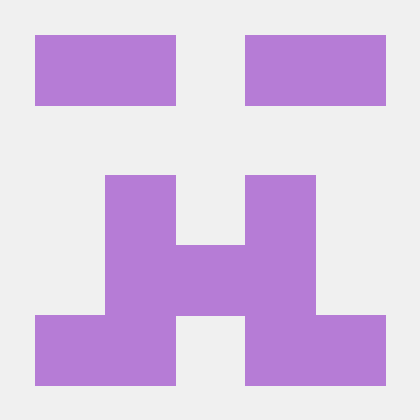 And you can find a topic about it here:

Hello, Few days ago I've bought Broadlink RM 3 Mini IR controller and found out that the 3rd party software that works with other Broadlink IR controllers doesn't support RM 3 Mini (Tasker plug-in and RM Bridge - both an Android applications that serve as a way of communicating with a device without using official Broadlink application). I've contacted Broadlink and they've said they don't have intention of making some kind of API for easier communication and integration of the device, and the…

If you have any questions, feel free to ask.

Great work. I do own a RM3 Mini (IR Only) too. I will look into it.
Still looking for a way to control RF.

My apologies for my delayed reponse. I’ll set some time aside this weekend and do some code changes, and will share it sometime early next week.

@tanus You may want to consider the Pro model. I use it with sucess to control my AC. The binding works for both RF and IR.

I believe you are right, and the workaround you outlined is the same Kai and I briefly discussed.

Thank you for the reply. I am very willing to test it. I also have ordered a half dozen Sonoff Wifi+RF modules from China too. It would be great if OpenHAB can control them via RM2 Pro.

I’m quite new to OpenHAB but I own a Broadlink RM3 mini and would be really happy to try out the binding if you’re willing to share!

I got a handful of RF switches from China now. Any update on the binding?

will be very happy to bind it to open hab2

Hi Cato,
I´m new in OH2 and I would like to automate my IR devices. I haven´t bought a Broadlink yet. But if there´s a binding I probably would do, a RM pro.
I have Intertechno Sockets and a CUL Stick in a RPi to communicate with them. I think Broadlink is a better way to do this, especially because I can add the IR devices.
Later I want to switch my IR devices with Alexa.