Building an SMS gateway for openHAB (on Linux)

Thanks a lot for this helpful article.
I ordered the Huawei E169 on eBay and it works perfectly.

The only difference in my setup is that I use a Synology NAS for OpenHab, so I installed Gammu using Docker.
Then in order to sens SMS, I had to call the following command :

I hope this helps people trying to use Docker as well.

i have tried this, i can receive messages, the SMS.log is created with the message open.
In the openhab log the

doesnt change to on, so the rule will not start, what could be the problem?

I have installed openhab 2.2.

i have changed the receivesms.sh

Now in the openhab log i get the following messages:

But the garagedor does not open

if you’ve used the original rules file then it opens only when it receives the message “open” (of course for testing purposes, in the real world better to use a password)

i have changed it to on for a test.
I unintentionally inserted a special character at the end of a line in the rule.
now it is working very well

Hello my dear, is it working with openHabian on raspberryPI?

I saw this post and thought that it might be a really nice option to add to a system.

I originally considered a dedicated GSM Gateway, which would enable SIP based phone systems to use the voice service too.

For a simpler option, you could always throw an old Android phone in a cupboard and use an SMS Gateway app like this

Or a search for “SMS gateway ultimate APK” and found this…

I like that it has a web server and that it can push an incoming SMS somewhere else.

It is really easy to setup the outgoing SMS.

All I did was run the SMS Gateway Ultimate (Free) app on a very old Samsung S2, with a live SIM.

Once I setup a server on it and got the port number, I wrote / adapted a quick rule that captures a String Item and pushes the text into the SMS gateway.

The keen eyed will notice the &smstype=sms at the end of the command, you could change that to &smstype=email and get the phone to send out an email?
I’m not sure how it would cope in the event of a WAN / DSL internet connection failure, would it fail completely or would it roll back to it’s own mobile data connection???

??? The real question is… how do I force such a situation to test it?

So now any changes to my VoiceCommand string Item gets

It is possible to create a Rule within SMS Gateway Ultimate that will forward any (matching?) incoming SMS to

What I can’t seem to do is place the attributes of an incoming SMS into the body of a POST command.
I’ve emailed the developer to ask if this is possible, but I haven’t heard back as yet.

I’ve stumbled across a work-around to enable the Android App to “PUT” the incoming SMS into openHAB2.

(It’s not pretty, but it works, so if anyone has a better solution please give (lots of) guidance.

What I found was that the ClassicUI supports GET requests via CMD?

So, I installed the ClassicUI user interface for openHAB2, via the paperUI addons section.

Then from a browser, I tried this command, to mimic an incoming SMS, where SMSRX is the String item I created to accept the SMS

So the next thing I did was to add this command into a “Rule” within the SMS Gateway Ultimate App.

With this rule, I can now spit out the sender of the SMS and the message.

I’ve just tweaked the rule to allow me to send commands to my home via SMS.

To prove the idea, I created a “Say” and “Display” command.

to trigger these, I simply send a text in this format

display:Put some text on the displays

I am trying it, but it doesn’t work and in the app log there is message " - Authentication needed" ?

Where does it ask for authentication? 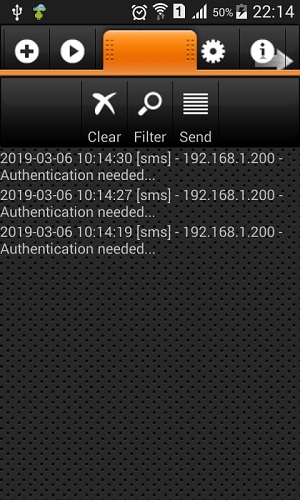 Is it required to make ip forwarding?

Is the app trying to send the SMS to your Pi

Is the PI trying to send an SMS?

Can you send an SMS from the web server of the app?

This is how mine behaves… 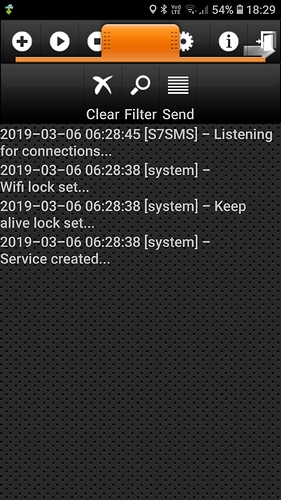 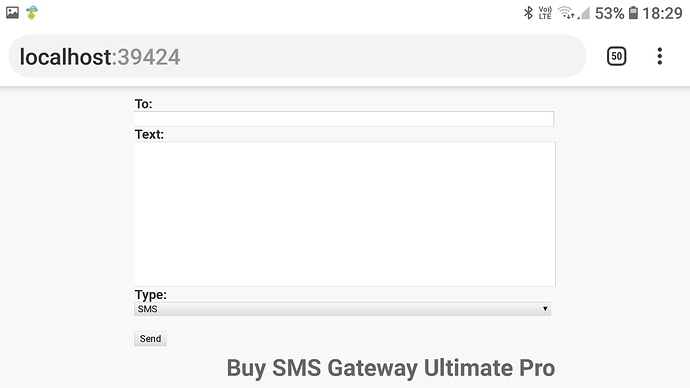 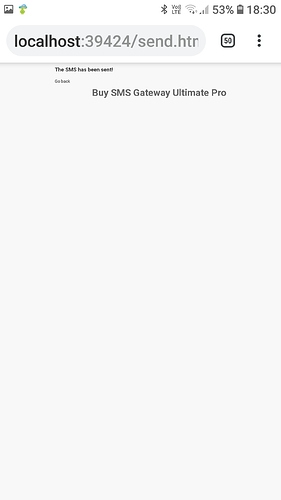 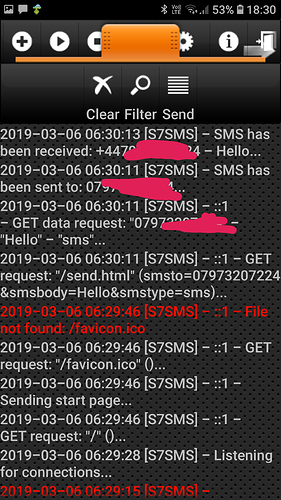 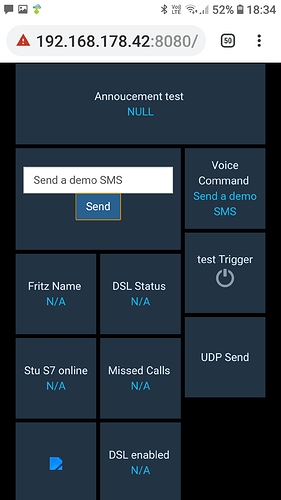 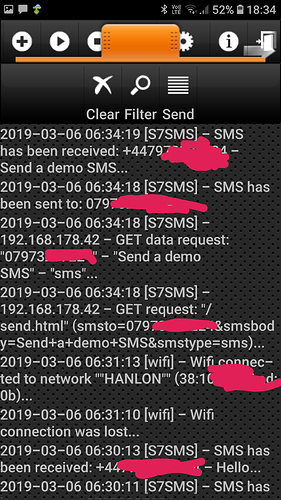 Now it works when trying other mobile.

I wonder what the problem was…

Have you got your old phone configured to do something odd with the WiFi connection via your Pi by any chance?

No; but when I was using it, sometimes it was giving that it is busy when getting call, so I stopped using it. But sms was ok.

@dan12345 When I send the command sudo gammu identify, I get an Warning no configuration file found!

I use the pi user, and changed the gammu-smsdrc file in /etc

Have you an idea for this Problem?

Have you tried specifying the location of the config file?

Sorry for hijacking this thread

For those still interested in plain old sms, or passing by this thread : I made a SMSModem binding.
Maybe it will be useful for some of you.