just out of curiosity, what bindings do you use?

It’s not clear who you are replying to. I always try to tag the user or quote from their post just to make it clear.

I doubt it was me but just in case:

Sorry Rich, I was asking Yves
thanks anyhow… I believe you’ve told me your personal setup before

binding = astro,exec,hue,mqtt1,netatmo,ntp,samsungtv,fronius,anel1,neato
hue and ntp not activly used at this moment.
anel1 is the biggest part.

all the bindings that need things are configured using .things

Why are you asking?

Why are you asking?

Sorry… as stated… just curious
I’m new to OpenHAB, still learning. This is an amazing discussion. I’m watching the development of this platform and am in awe of the work you guys are doing. Your opinion on the configuration is important to this discussion and I wondered how you used the platform

An example of why .thing files are just super confusing for people:

I have a DS18B20 sensor on my sonoff RF that reads fine on the sonoff but has this error in OH under MQTT 2.4 Thing Type string : temperature “Temperature” [ stateTopic=“tele/sonoff/powerstrip3/SENSOR”, transformationPattern=“JSONPATH:$.DS18B20.Temperature”] Item Number Sonoffps3_Temperature “Powerstrip3 Temperature [%d °C]” (Sonoffps3) { channel=“mqtt:topic:sonoffps3:DS18B20.temperature”} This is the error: 2019-01-31 15:55:22.544 [ERROR] [el.item.internal.GenericIt…

Doesn’t seem to be so hand-edit friendly the current .thing file syntax, is it?

Doesn’t seem to be so hand-edit friendly the current .thing file syntax, is it?

But that’s not because it is text as it seems you want to indicate. It is because of lack of documentation.
As .things were not part of OH1, unlike the well-known and well-working .items format, almost noone ever documented the .things syntax, at least not in a central place and generic form.

An example of why .thing files are just super confusing for people:

Unmanaged zwave Things are also very troublesome, because you can’t configure them, although this applies to more than zwave. Hopefully, one day we can get this in place. But personally, I don’t mind managed Things… Items are a different story.

Issue: Introduce a differentiation between handler and device configuration

worked my way through this thread - still sane i think

And I still believe there is a way to make every one happy.

The new tablet guy, who wants todo everything with his UI. No idea what a backup is but wants his ‚undo‘ button.

Hopefully respecting the work already done in the OH2 core

Import/ Export ( aka Backup Restore) be available
through GUI and through commandline.

There should be an option to configure a custom command after an backup. And a configuration when a backup should happen (on regular base/ on change of…).
This way you could always have an up to date text based backup file. To distribute edit an import on all systems you like even automatic.

The storage provider (jsondb as i understood)
should keep track of changes to the configuration. So when the serialization happen, the old db will be moved to a (rolling?) history. Or if git is fast enough it will do through git. Every serialazation a new commit? A diff Function could show changes between those ‚snapshots‘ in the ui.

It still is a lot of work but should much less then replacing current runtime storage concept.

The planned backup service will allow to run commands after an export and will on its own be able to backup to a git repository. But that’s not enough for the hardcore textual fraction. I don’t see a solution.

My idea is to make .thing/.item file support an installable service instead of being part of the core. Whoever want to stick to those files can do so. Everybody else can use the backup service.

But that’s not enough for the hardcore textual fraction.

Objection Honorable Moderator. There’s no proof that text users are only a fraction!

Objection Honorable Moderator. There’s no proof that text users are only a fraction!

The poll at post 5 of this thread seems to provide strong evidence that Textual only users are indeed in the minority. 93% of users use the GUIs, 8% of those would prefer GUI only.

What is not known is how many of that 88% would change their vote if the UIs were actually up to the task (see the PaperUI-ng Design Study).

This poll also meets with my experience helping users on this forum. The non-technical users, who will become the majority of OH users if this hasn’t happened already, will prefer the GUI to text based configs every time.

I also voted for GUI and text, also I personally use text files nearly always. Reasons for my vote: Sometimes a GUI is nice for checking things and I see the benefits if a GUI for new users.

It probably depends in the used bindings. I could probably configure my handful of Hue devices using the GUI. On the other hand I would not even consider this for my several hundred KNX channels.

This is also a GUI, and it allows batch editing, copy&paste etc: 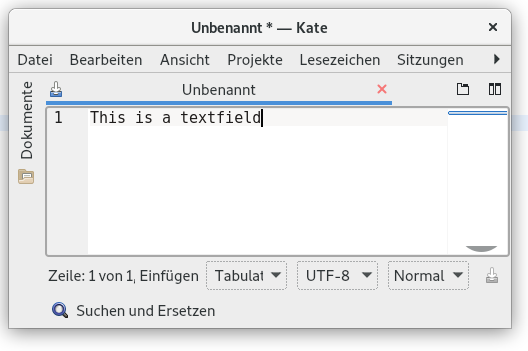 These numbers don’t mean much. How many openHAB users are there world wide and how many of those are active on the forum and actually read this thread and took time to vote? I think we’re talking about a minority here. So based on this pole we should not draw any conclusions.

Also, I agree that there needs to be a GUI for those who prefer to use a GUI. That’s why I voted ‘both’. I also use both, but if I’d need to choose between either GUI or Text, then I’d choose Text.

I’m fine with the text export/import proposal. That would work for me.

There are no statistics presented. Just raw unmanipulated numbers.

These numbers don’t mean much. How many openHAB users are there world wide

Based on myopenhab.org usage somewhere around 20k I think.

and how many of those are active on the forum and actually read this thread and took time to vote?

About 150 according to the poll. Which is probably about 50% too small of a sample size for a population of 20k. And the people who voted are volunteers instead of randomly selected. But that doesn’t completely invalidate the poll entirely. It still presents useful information. But the disparity between the “both” and the “only one way” votes is large enough that I would not expect them to flip with a larger sample size.

I think we’re talking about a minority here. So based on this pole we should not draw any conclusions.

And as another piece of evidence I sited my considerable experience helping people on this forum.

Are these proof? No. I never claimed they are. But they are evidence and to just blindly reject them because they are not perfect is not helpful or useful.

Do you have any evidence to support the counter argument?

The poll at post 5 of this thread seems to provide strong evidence that Textual only users are indeed in the minority. 93% of users use the GUIs, 8% of those would prefer GUI only.

No. The poll question is " How should the configuration be done in future? "

I voted GUI & Text, not because i intend to use the GUI anyhow, but because a GUI should exist for others.

Your assumption would be less wrong, if the question had been “How do you plan to configure openHAB?”. The single thing i use the PaperUI for is installing addons. I could use text in that case, i did not yet.

According to my opnion the there is a relation between number of things/items and preference for text. I wouldn’t use text for 20 things and i wouldn’t think of using a GUI for my 200+ things.

Can we just repeat the poll with the correct question and more differentiation regarding what is meant with “GUI”? As I have posted above, GUI can also be a text field. Does textual configuration means the command line, does it mean physical existing files?

This is also a GUI, and it allows batch editing, copy&paste etc:

Yes and I ise Kate too, but there are a lot of tasks where other tools like sed, awk, grep or one of the various diff tools are better suited.

I voted GUI + Text
even if I only want text myself.
I voted for including gui because I think it’s necessary for starting for most people.