Every rule that includes a pushover command is red underlined… how can i remove this so it doesn’t see it as a problem? 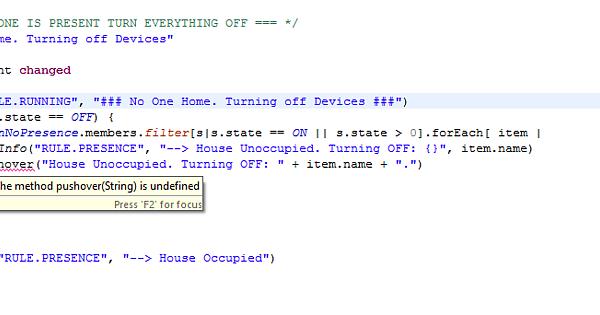 This is a bug (or more or less an unsupported feature) in Eclipse Designer.
You can safely ignore that red underline mark for pushover.
Be aware that the Eclipse Smarthome Designer is still in development and has a couple of problems left …

Thanks for the clarification!
I wasn’t sure if i was missing a specific import or if there was a feature to “ignore” specific things.