I just installed an Enerwave Plug-In Dimming Module. I already had some plug-in dimmers from Evolve, but they don’t support association. The association support is the main reason I bought. The Enerwave dimmer. I was hoping that pressing on the dimmer button to turn it on or off would be reported to OpenHAB and that it would update the interface.

How can this be corrected? I could upload the debug trace of the communication between OpenHAB and the dimmer.

PS: On a practical note, the Evolve dimmer had one useful feature the Enerwave one does not have: starting from the dimmer being off, if you use a light’s switch to turn it off and then back on, the dimmer will turn back to full on. Nice for my night stand light, where I can reach the light switch more easily than the dimmer or my phone. Is there a plug-in dimmer that has both features?

PPS: The bug may simply be that the dimmer reports to OpenHAB as soon as the button is pressed and gives its power setting at that moment and then never reports the evolution. The log shows something to that effect.

Can you please provide a log when you click the switch, and also the XML file for this device (ie the one in /etc/zwave/nodeXX.xml).

Chris,
Sorry, I did not see your post earlier. I was on travel and could not have done the test anyway. But now I am back.
Here are both the general log and the z-wave log when turning on and off:

The line created in the events.log when starting from off and pressing the button to turn it on:

Going from on to off, in events.log I get:

It looks to me like the info sent by the dimmer in association mode is fairly soon after the button is pressed and it grabs a transition value rather than the final value.

Please can you provide the XML file for the device (as described above)?

Also, please confirm exactly what device this is you’re using. 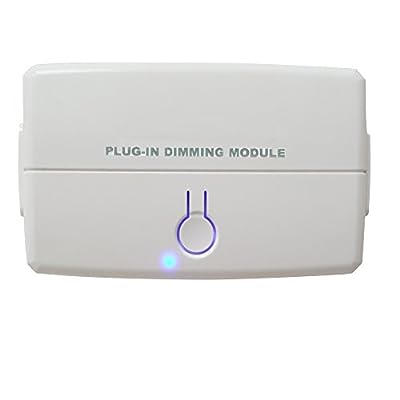 Without wiring, Enerwave ZWN-323 Plug-in ON/OFF and Dimming Module allows you to control the ON/OFF to electronic appliances and lighting dimming wirelessly from anywhere using your smart phone, table ...

I am currently unable to reach my home system, being on travel, but I did not understand what xml file you are talking about. there is no /etc/zwave/ directory.

Now that I have back home, I found the XML device file you are asking.
You can find it at http://pastebin.com/fMfnEbHQ