I’m currently working on an enigma2 binding. I know there is one for oh1 but not for oh2.
The main question is, has anybody an idea how i could manage to detect a enigma2 automatically?
I currently use mDNS but this does not really work i want i to do. However, i now had the idea, that i could check if http://ipaddress/web/about sends any requests.

Here is the current version, if anybody wants to have a look at. I know it is not ready at all! 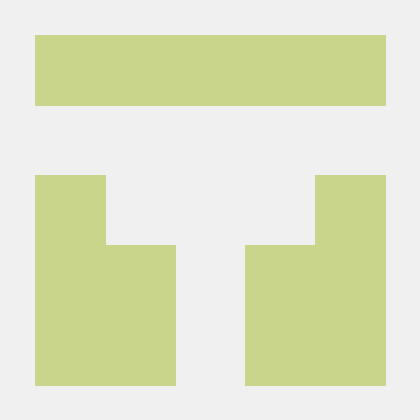 Precompiled package can be downloaded here:

Contribute to org.openhab.binding.enigma2-dist development by creating an account on GitHub.

I have no specific information or tests done using wireshark, but I know I see my VU+ Solo2 in Windows. So Windows is able to discover the box. The best chance to try is simple service Discovery Protocol (SSDP). But I can try this and look in the wireshark trace if I find SSDP entries from the enigma2 ip address.

I will have a look at SSDP. Thanks for the moment

I have done some updates, and provide a precompiled package, (see 1st post)

The discovering is still not optimal. But optimuss and dreamboxes should be found automatically. All others must be added manually for the while

I have installed your plugin on OH2 build #633 and it worked right away. My VU+ Solo2 was discovered instantly. Thing and item creation without any issues. Looks good!
Thanks for your work!

Nice to here,
yes the discovering is improved, and all* devices should be found.

I have updated the binding, with several new channels. So you can try the new one

*Perhapts there are problems if using username/password

Guys,
a kind offtopic, but if you have Enigma2 STBs, you might be also interested having very simple OH client on this device: https://github.com/druciak/enigma2-plugin-openhab
Let me know if you find it useful.

Yes separate thread may make sense. Just link it here once. But definitely interesting plugin for the reverse direction. Maybe with the help of this plugin the binding could get some events or status info that are currently not accessible.

So would be interesting to react on changing the mode from TV to radio and vice versa for example.

There is already such thread:

Hey, I thought having OH client on my sat box might be useful, so I created very simple plugin to control OH directly on TV. It is text only, no icons at all, very simple interface using widgets available on E2 platform, but it works - at least on my OH configuration :wink:. Anybody is invited to test it, here is the repo: https://github.com/druciak/enigma2-plugin-openhab. Any suggestions are welcome, although I don't want to make it a real OH client (unless somebody convinces me). Enjoy!

So would be interesting to react on changing the mode from TV to radio and vice versa for example.

This was my motivation to write the plugin, but I finally did not implement such feature. I wanted to turn on lights in my living room when pause or stop is pressed on box’s pilot, but it would not be the best idea in all cases.
But I liked much manual controlling of lights and other devices using pilot. I usually turn off light when I start watching tv.

I want test this binding but I dont know how install It. I gave it to addons folder in usr/share/openhab2 but I don’t see it in karaf console

i just have updated the binary to the current state of the PR.
To the question itself, just copy it in the folder, as you did, and try to detect the enigma device in the PaperUI

What version of oh do you use? stable or snapshot?
i can see the binding in karaf console, on the 2.0stable, but i also used it with the snapshot version

What do you mean with official? Both of them are official, stable and snapshot!

What is the benefit of this binding instead of the http-commands to get the values directly from the webif?

Of course this binding works with http request on the webinterface. But i don’t think you can do this with simple http binding requests. You would need a lot of rules to manage this. E.g. How would you implement a slider for the volume with the http binding? How would you switch the channel? With the binding you are able to switch the channel by sending the name as String. The simpiest thing would probably be to get the current titel. But the return value is a XML formated String. So you would need to manipulate it with a rule.

So perhaps it is possible so manage this with the http binding, but it would not be easy

I´m curently on OH1 and tried the old enigma2 binding and the openwebif binding, but none of them worked for me.

And in the forum there was said, i should simply use the http binding for this.

Can i use this binding only with OH2? (That doesn´t matter, because i want to switch to OH2 the next few weeks.)

Yes its oh2 only.