Does have anyone an idea, what can I do. I use the stable openhab2. Other devices like the fibara 223 or the Greenwave device reports the consumption to controller.

doesn’t help, but I have the same problem here. Can’t find any solution.

Maybe that’s the problem. The configuration parameter are different to the manual by fibaro.In current zwave binding 2.0.0 there is no parameter 13 and 14. 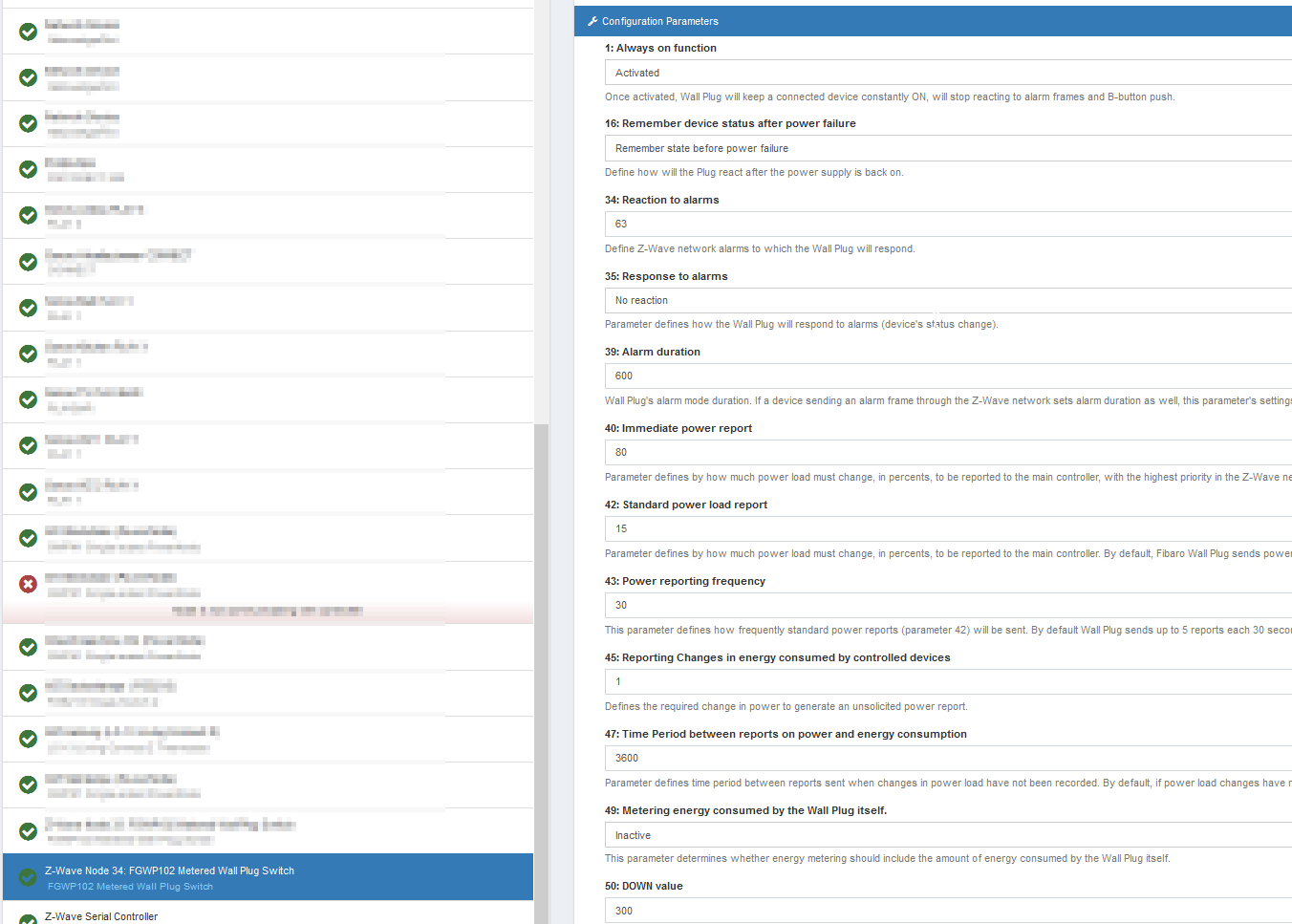 The configuration parameter are different to the manual by fibaro. In current zwave binding 2.0.0 there is no parameter 13 and 14.

I think there are multiple versions of this device - which one do you have? I’ve not checked myself, but I’m told that the firmware is very different between them.

I have bought this device this week

I have downloaded this manual from the fibaro website

Ok, so from what I’m told, this is a “totally” new device (from a firmware perspective). I’ve not checked myself, but I’m told that the parameters are totally different to the old one, and currently there is no data at all in the database -:

Ultimately, someone will need to add the parameters into the database for this device…

Take a look here. You’ll need to register, and also to email me so I can update your access so you can edit / add stuff, but hopefully it’s reasonably easy…

Or can I upgrade zwve binding database somehow?

This works for me.

I guess this is confusing - I think this discussion is about issues with ZWave, not ZWay?

I don’t know why there wouldn’t be any configuration parameters if you’re running a recent version of the binding - if the device is found, then it should be ok?

Also the Kwh are show wrong. I think, it’s an issue of the zwave binding (or the database).

What is wrong? The database looks ok - maybe you have a logfile?

You are right. Sorry. I will delete my post to not confuse anymore.

this is how habmin looks like for the device: 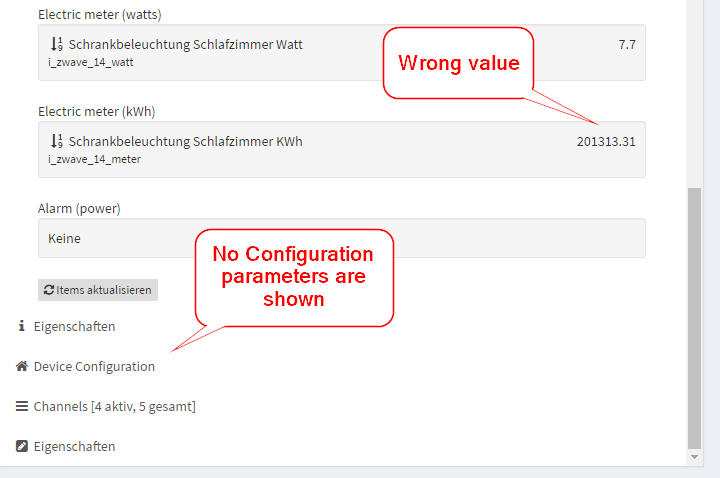 That’s not possible, 8 Watt LED is connected and was running aprox 1 hour

As I said, I don’t see anything wrong with the database so do you have a logfile please.

of course, were is it stored? I’m using openhabian

A FGWP-101 works perfectly and I can administrat all parameters…

of course, were is it stored?

maybe it’s to new for the binding?

OK, created DEBUG log. I’ve done a reinitailsation of the device.
I renamed it to xml and split it to 4 files according file size issues

I hope, you can find something, as it is a strange behaviour. Let me know, if you need further logs or informations.

today I updated to latest version of OH2 (unstable) and Zwave Binding. After update I was “forced” to delete the zwave Device. After adding again, all parameters are shown now.

The only “error” which is currently existing is, that the power consumption is metered wrong. The screenshot below shows 201313.35 KWh. This value is wrong. There’s a LED connected to the wall plug, which takes 7,7 Watt. The LED was lighted max for 3 hours. So I think, that there’s still an issue with that value. Also the 7,7 Watt are shown two times, maybe this is also an issue…