Seriously, this is crazy.

Using it to trigger a gate, but for some reason it will only trigger if i sendCommand(OFF) first. postUpdate, after its been sent an ON won’t work.

Is there a reason why this occurs? Is this device behaviour? Its setup as a Monostable button, with 0.2sec auto off delay (parameter 156)

Dose the fibaro report back that it is in the OFF state to openHAB?

Dose it work if you trigger it ON twice?

You can use the expire parameter on the item to automatically turn it OFF after a set time.

It does neither I’m afraid! Has anyone got any experience setting these up as relays for gate/garage doors?

It only works if i set it to off, manually via Habmin

even this rule won’t do it!

I have never used fibaro.

If it doesn’t report that it has turned off after it has switched back to the off position you will need to reset the item to the OFF state.

Goto your switch item metadata and add an expiration timer of 1 sec. 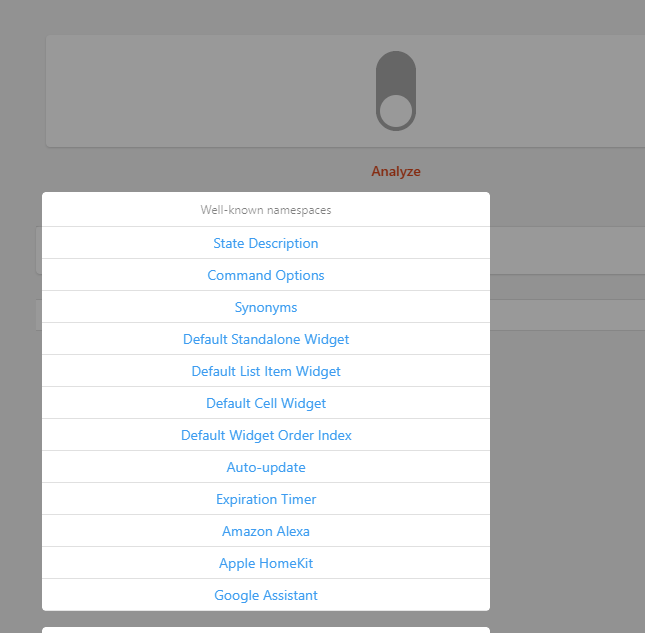 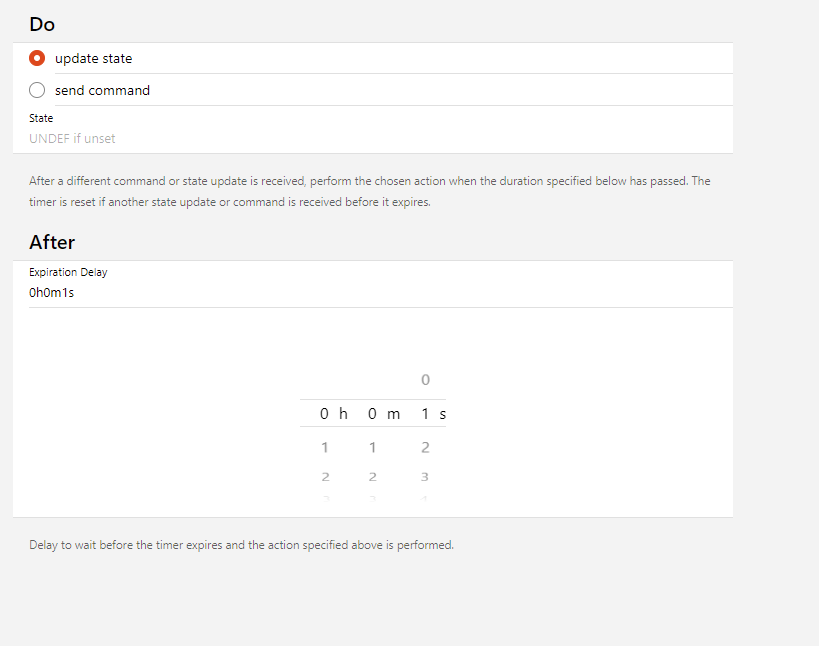 Don’t forget to save

I’m using 2.5 but Ive tried the expire binding as below:

But I dont see the OFF, after 2 secs

In OH2, Expire is an installable add-on binding. I can’t believe you haven’t used it before, though.

I think you’re on the wrong track here though, why doesn’t your device report its status usefully seems to be the root question?

This is doomed to failure. Commands are not states. Consider a Rollerblind, where command can be UP but state 25%. It’s not as obvious with a Switch where there are commands ON and state ON, but they are not the same.
Okay, so this rule triggers on command. The command will also poke the real device, and also openHABs autoupdate feature, and sooner or later one of those will probably update the Item to state ON. It takes time. It’s there in your log extract, 9mS

Meantime, your rule running in parallel gets the Item state - the old state, before the command has taken effect.
If you want instead to know what the command was, use recievedCommand instead of Item state.
Alternatively, if you want to respond to state change rather than command, do so by choosing a rule trigger changed.

Unrelated, but remember also that newly initialised Items may have state NULL. One weird trick -
if(Gate_partial.state != OFF){
works if it is not-OFF, i.e. either ON or NULL

Finally
Gate_partial.sendCommand(OFF)
if it worked, this is going to send another command over zwave to your device. Is that going to happy with different commands in quick succession? I don’t know. But you don’t need to do it, you said the device is set up to auto-off itself like a pushbutton.
If you just want to update the OH Item, then just update the OH Item.
Gate_partial.postUpdate(OFF)

Sending a command to the Item should make the binding send that command to the device, regardless of what the state is in openHAB. What is supposed to happen with the gate when you send ON resp OFF? Or is it used as a push button that controls some other device? We need some more info on how you have set it up to help you properly.

Sure, but the UI standard slidey-toggle switch widget doesn’t allow you to command ON when it thinks it’s already ON.