FRUSTRATION TOPIC: Thanks. I'm adding 183 things to OH3. Manually. By mouse. And it's just first binding

Why, can’t I add things by text?
If I added one PIR sensor it would be nice to copy it’s textual, e.g. YAML, definition and then paste it in code window in Add new thing.
Or maybe an option: Add similar thing, with prefilled form.

Clicking the same options takes huge amounts of time, energy and nerves… And the modals are not dismissable by ESC. And the quicksearch list does not use arrow-keys to scroll down…

I know: you guys made a huge work with the new OH3 and I am just complaining. But now I don’t even know, what happens, if something goes wrong and I’ll lost the configuration… Earlier I had files to copy. But now… I didn’t manage to read whole documentation yet. I can’t even make my rules to work! I had tons of automation rules in files. Now I cannot import the rules as they was, because I have different UIDs. And first I need to read the docs and then learn to program in different language… It’s like buying totally new HAS… Should I maybe choose Fibaro? I always hated it for mouse-only interface. I loved the fast textual mode in OH. Configured one thing and then copy-paste with small changes…

If there was better end user interface for mobile than sitemaps and some future for new hardware and software, I’d stay with OH2.5…

Sorry… I’m complaining like a girl… but it’s the second weekend, and today I had to remove everything I made las week because of inconsistent id’s!!! If it were files, It would take few minutes…
It’s fall, it’s cold, and my heating system is not configured… If I knew it will be so pain-in-the-butt I’d wait for new SD card. But last saturday I said: “C’mon, it’s only an install and copy of few files. The rest is easy. We postponed the upgrade so long. Let’s go man!”… And I formatted old SD. I have a copy of file configs. But as I already started with OH3 I thought it will be easy. And today I lost two days of work… because of IDs, that will mess in rules, because I have to write the rules from scratch (or play with tetrus-blocks-programming…)…

I hope you are aware that you can use all textual things, items, rules, etc. from your 2.5 setup also in 3.x? There is no need at all to re-do it all through the UI.

Text config works the same as before but also check out this video on bringing them config files in. 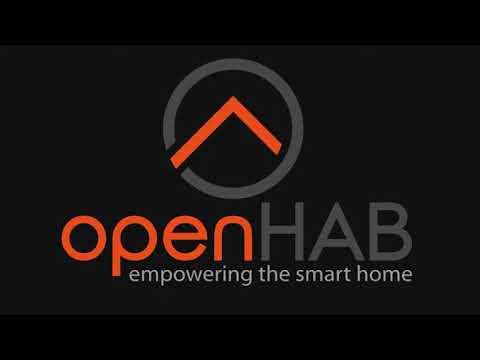 If I added one PIR sensor it would be nice to copy it’s textual, e.g. YAML, definition and then paste it in code window in Add new thing.

In addition to using .things files, you can copy the YAML from the code tab from one Thing to create another one. You just need to make sure to change the UID to something unique so as not to stomp on the Thing you copied from (along with any of the other things you need to change).

Also, you can create the Thing by clicking, query for that Thing in the REST API Explorer (under Developer Tools), copy the JSON, modify as needed (again pay attention to the UID field) and submit it to create a new one.

But now I don’t even know, what happens, if something goes wrong and I’ll lost the configuration…

Everything done through the UIs gets saved in text files too. They are located in $OH_USERDATA/jsondb (e.g. /var/lib/openhab/jsondb). Furthermore, a backup of these files are created on every change made so you get at least five backups for free. You can configure the number of backups if that’s too few or too many.

I didn’t manage to read whole documentation yet. I can’t even make my rules to work! I had tons of automation rules in files. Now I cannot import the rules as they was, because I have different UIDs.

I’d have to see what the error says because this doesn’t make much sense. But you don’t have to import anything. You can keep them in the same .rules files in the same rules folder as you’ve always used. There are a couple of breaking changes to watch out for, mainly Joda DateTime is replaced with ZonedDateTime, and executeCommandLine has changed a bit. Beyond that the same .rules files will work.

If you want to move them to the UI, it’s more involved. But you don’t have to do that unless you want to.

No, you don’t need to change the language.

I loved the fast textual mode in OH.

Which is still there and works just like it did in OH 2.

If it were files, It would take few minutes…

While not recommended, in a pinch you can stop OH and edit the jsondb files manually. The need to change UIDs is one of the places where that is a good approach.

However, unless you are doing something weird or doing some of the things I suggested above, you shouldn’t be having any problems with UIDs in the first place. So I suspect something else is going on here which needs more investigation.