I’m having problems with habmin giving %%key_not_found% error on charts / persistence (I know I have working persistence). The drop down list of the persistence-services in the chart menu shows I correctly have three services, but no names of them (should have been jdbc, rrd4j and mapdb)… Same on habmin2 0.1.6 and latest snapshot. Maybe not habmin-related? Tips? How can I debug? 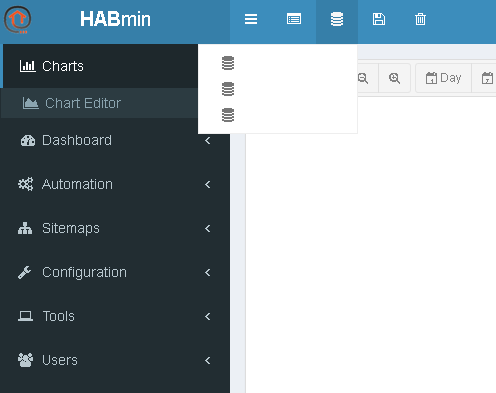 Is this using a very recent snapshot of OH2? The persistence REST services were changed in ESH a week or so back and I’ve not updated HABmin to use the new information yet as I wasn’t aware this had flowed from ESH into OH2…

I’ll look at updating this tonight.

Yes, the snapshot is very recent.
Thanks!

This should be fixed in this evenings snapshot.

Perfect! Persistence is working.
However I’m having trouble with configuring z-wave devices… Nothing opens/drops down when I click Configuration Parameters, Association Groups or Device Configuration in the Thing editor. This was also a problem yesterday… Can’t find anything relevant in the logs though.

Ok - I’ll have a look. I recently updated one of the libraries so I’ve an idea what this is

OK, thanks again!
Btw, is the dashboard up and running? I cant add anything. (Nothing happens when I click “add widget”). I’ve also been unable to select any items in the Gauge propoerties… Saw this was reported as an issue. Is there something wrong with my setup?

I’ll look at the add widget issue next - it’s likely to be related to the update as well. It’s been a while since I looked at the dashboard so I’m not sure what state it’s in - I suspect there could be some issues here and there though

Configuration of zwave devices is working.

Addendum: Config is working, BUT selecting a zwave param alternative from the drop down list makes the current selection disappear, and have to reload to get it back. 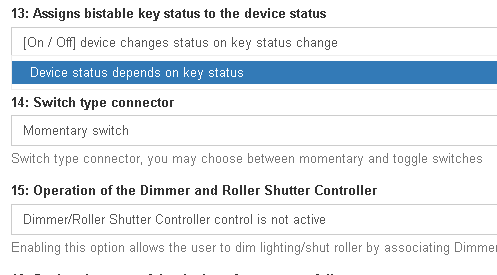 Looks like it was a bug in one of the widgets which (thankfully!!) has been fixed yesterday.

it seems that the default persistence service is not saved

Currently all HABmin settings are saved in the browser - I’m pretty sure that includes the persistence. If you have high security or something, then it probably won’t work…

one additional information, Language is saved