Have anyone ever try on this plug?

Have anyone ever try on this plus? as UK standard plug with tiny body is not much choice on market, I got two of those and works good, but I can’t get it works on openhab and I can’t found much info on google either, just wonder does any expert ever tried on this plug and get a way to make it work with OH2? 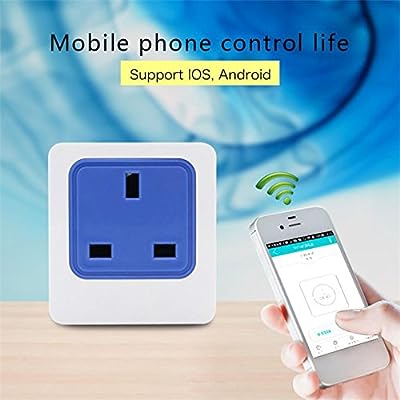 A google search indicates it is ESP8266 based so it could be reprogrammed. Would be interested in seeing the pcb if you can get at it?

I can’t get into PCB, the case without screws, I don’t know how to "uncase"
anyway, Michael do you mind share the link of what you found, I mean what key-word you use to get that info from google? I can’t found any further info regarding this product, how to you found it, really great

I just sent an email to product company wish they can provide more details.

Tried little force and get I side of pcb exposed

I just googled “huafan esp8266” and got the following link.

I got little confused with what you said, As I only able to look at “side A”, do you mean you want more difference angle photos of “Side A” or photo on “side B”?
I will try take difference angle on “side A” and upload it, give me a while.

I mean it is really a hard work for me to remove the welding, I am not handy on this work, please let me know if u require anything more.

That’s fine, many thanks. It was the 3rd and 5th photo that I wanted.

sorry, not very good on hardware, and i got little confused with what you want at the starting until i read it many times after.

hi michael, have you found anything from the pic?

Yes, there are 2 lots of 5 connections to the ESP8266 board. An experienced engineer familiar with ESP8266 devices would be able to solder to the appropriate pins and re-program the chip similar to the way the Sonoff is reprogrammed.

The Sonoff that I have is bigger but easy to access via a screw and there are holes on the PCB to solder a 4/5 way connector to allow easy programming.

The other potential problem is that once you put everything back together it might not be secure. That is, it might come apart again when someone pulls the plug out of the socket, exposing the live pins.

I will stick to the bigger and cheaper Sonoff if I want more of these devices.

thanks for the reply, as I said before, this socket with such tiny body in UK standard(US standard got a lot

) is my first discover and only choice. in few circumstance it’s the only one capable to use, too bad which can’t be integrate with OH2.

You might be able to use wireshark to see how the app communicates with the plug. Is there a web UI available where you access the plug via a web interface?

no it’s on mobile app (android/ios), as I left my laptop at company, I will bring it home today and see can I works or not, I really not good on packet anlaysis, wish I can sucess

looks no joy as all packet is encrypt.