Since some weeks I use a Danfoss Ally thermostat for one room. All other rooms are controlled by a separate independent system, which doesn‘t supply any system data.
The data I see in OH from this new device tells me, that the valve controller does not just open or close the valve , but also has intermediate states. That‘s completely new to me, as in the past all valves just know „closed“ or „open“ position.
Is that a new feature or only fake ? 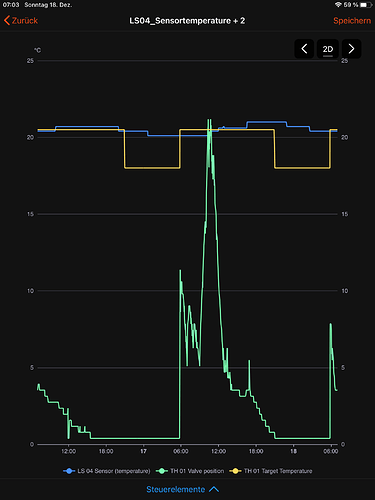 In general it’s very common for a radiator thermostat not just to fully open or fully close, but to open only at a certain level.

Same is happening if you have an old school /non smart / thermostat: the valve will also change between 0-100% depending on current temperature and heating demand