How to write Parameter on Master using Homematic Binding

I would like to set a MASTER config parameter of a Homematic wall-mounted temperature control device (a HM-TC-IT-WM-W-EU). I have configured the bridge, communication and updating the device via OpenHAB 2 Beta4 is working correctly, e.g. for setting the boost mode:

This parameter is located in the VALUES-section of the device if I print the configuration on the Homegear console. Now, i would like to update the SHOW_HUMIDITY setting, which can be toggled between 0 and 1 and is located on channel 0 of the MASTER-section. I tried a few ways to do that, e.g.:

None of these is working. The resulting error in the log file is always this:

I already looked at the source code and at there is a HmParamsetType which seems to support the MASTER-section and I found at least this topic stating that setting MASTER-parameters is possible.

The homematic devices are interfaced with Homegear in version 0.6.7.

Can anybody help me on that?

You can not map the MASTER paramset to an item. They are implemented as thing configurations and you can edit them with PaperUI.

Thanks for your answer! Okay, I was hoping you would say that this is possible

Fortunately, I now found another way to achieve what I want: I made Homegear available via MQTT and now set the value via MQTT (how to do this is documented here).

For anybody also stumbling on this problem, this is my configuaration (using the OpenHAB 1.x MQTT binding):

It only works in writing mode, reading out the current value is not possible as far as I know, but it is a good starting point!

Thanks for making me aware of that! I am using homegear for a while and did not realize there was a MQTT interface added at some point…

Would be interested in all other things you are doing this way. I would be especially interested in connecting and disconnecting a door sensor from a light switch (based on time of day) and in a nice way to set up my AUTO heating programs directly from openHAB rules.

Actually, this is the only setting I am changing via this way at the moment. In future, I want to change the programmed heating schedule, but I am planning to do that rather via hm-prowee than manually.

Nevertheless, I think what you want should be possible, as I have seen that there is a thing “Homematic Gateway Extras” which seems to expose your self-written Homegear scripts (from /var/lib/homegear/scripts). Linking and unlinking of devices is possible in scripts.M aybe you can manage to do it via that way.

Why isn’t it possible directly. I would like to set the button lock for the HM-CC-RT-DN’s. Now I have to create a homegear script for this… 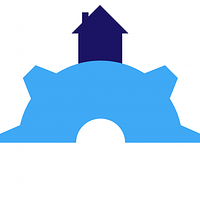 I wrote this homegear script if somebody is interested. Running it from openHAB via gateway extras. Will enable button lock for HM-CC-RT-DN (peer 1)

I have to agree with @lopez1de. As a homematic user myself I would love to be able to read and change parameters from inside openHAB.

@gerrieg Is the implementation effort too high or is there another reason for not providing this functionality directly with the binding?

Though it works well, I would ditch the hackish way using MQTT for an offically supported method through the Homematic binding.

It’s already implemented, you can do this in PaperUI in the Thing configuration. Currently it’s not possible to set the parameters in rules, this must be implemented in the core framework. But you can try to analyse the REST API calls from PaperUI and call the same methods in a rule.

Not everyone is using Paper UI

How do we do these settings in configuration files? This problem seems pretty similar to what happened with Astro and the offset http://docs.openhab.org/addons/bindings/astro/readme.html#full-example
What do you think? Setting parameters in rules would be nice, setting parameters at all would be a good start

I also don’t use PaperUI and use config files.

The Astro offset is a channel config, the MASTER parameters for Homematic are implemented as thing parameters. That’s something different. You have to ask the core developers, when they support changing these parameters in scripts/config files.