I’m starting a new home build this year and we’re looking to install a VRF (large multi split) Air Conditioning system as part of the install. I’m looking at a number of manufacturers including Daikin, Fujitsu and Mitsubishi Heavy to name a few. I’ll be setting up OpenHAB as my home automation system and I’d like to integrate my A/C system into OpenHAB.

What components will I need in order to do this? To offer an example of the options, Fujitsu Airstream provides MODBUS (I think this is serial only, not TCP?), WiFi modules, BACnet and others: https://www.fujitsu-general.com/shared/pdf-feur-support-ctlg-3ef021-1907e-optional-parts-02.pdf

I’m a little confused as to what would be the ideal way to do this. The dealer has offered a third party control system called iZone but I’d prefer to do all of this via OpenHAB - it will probably be a lot cheaper and it means that I know how it works and I have more control over how the system.

Could anyone offer any advice please?

you might have a look to my project.
I integratet my Westaflex Venting System into OpenHab. It uses serial ModBus.

I’m just ghost writing this – credit to Peter Aschinger @Peter_Aschinger for working through a real implementation, and producing the utility rules. Here we describe how to use Modbus binding 2.x to allow openHAB to interact with a Westaflex WAC350 aircon, other models are probably similar. WAC350 provides a serial port, so you’d probably use an RS485 USB dongle on your OH host, or an RS485 shield, then connect with twisted pair cable and RJ45 connector. For a long cable run, you may need to …

Given that this is a modern HVAC system, I’d probably prefer to use TCP/IP rather than using ageing serial connections, unless you think that serial is a better system? I’d have thought ethernet connectivity would provide more versatility?

How do most people interface modern HVAC systems into OpenHAB?

If my Westaflex provide TCP/IP i would rather use that.
But it does not support this. So i need a addional piece of Hardware so called
serial Hat.
But this shows how flexible the Raspberry / OpenHab concept is.

If you can find a HVAC System with TCP/IP you dont need this Serial Hat.

Thank you so much for your help!

My apologies if this is a stupid question but I’m new to OpenHAB and Modbus. If I connect this Modbus unit (or similar Modbus connector with other brands of HVAC systems): https://www.manualslib.com/manual/1232154/Fujitsu-Uty-Vmgx.html#product-UTY-VMGX

Is there some kind of bridge I can buy which provides an ethernet TCP/IP conversion to the serial modbus connector above so I can have my Raspberry Pi/PC/etc. communicate with it?

Is there a good page you can recommend on how I can learn about Modbus integration (hardware and software) into OpenHAB?

Would you recommend to use something like this: https://www.iot-store.com.au/products/rs232-rs485-ethernet-converter-serial-ethernet-to-modbus-converter

In Modbus terminology, it’s called a gateway.
Yes, they’re around, but shop with care.

There are many TCP/IP RS485 adaptors, both wired ethernet and WiFi.
Only some implement true Modbus gateway functions. That’s where you address the gateway as though it were a Modbus-TCP device, and it takes care of conversion to/from Modbus-RTU wired serial.
One gateway can drive many serial devices over a local wired bus.
Read the sales blurb - if it doesn’t say Modbus, don’t buy it.

USR supply both kinds of product.
Don’t buy a USR-TCP-30x for example - not a Modbus gateway.
There’s currently a thread of someone having a problem with USR-M511, so can’t recommend that just now.
That’s okay, the simpler USR-TCP-410S can act as Modbus gateway. I use them, amongst others.
I think the W610 would be the WiFi equivalent.

There are other manufacturers.

Thanks for your help rossko!

With modbus, can I control ducted zones through OpenHAB? I saw on another thread, it appeared that someone was installing (z-wave/zigbee) relays for their zones: OpenHAB Zone Control HVAC.

I thought it would be better to control this through the HVAC controller via modbus?

Just only for info this is how my Raspi3b+ with serial ModBus Hat look a like:
I placed my Raspi on top of my Westaflex.
On the left you see the thin wires for ModBus to my Westaflex. It works now since over a year
with out any problems. Thanks to rossko57 to get it running by the way 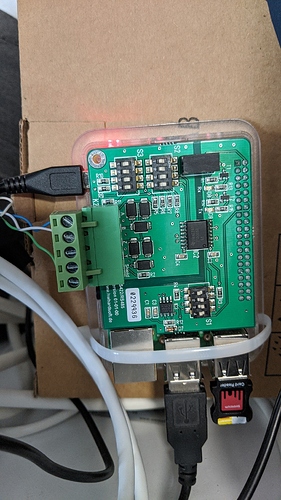 With modbus, can I control ducted zones through OpenHAB?

No idea. openHAB can send and receive data over Modbusto several devices, it’s really up to you what it actually does.
openHAB can monitor/control other devices over other technologies at the same time, which it sounds like zigbee user exploits.
“Best” is what suits you.

That looks like a fantastic setup Peter. So does your RPi act as a modbus gateway to your HVAC system?

I’ve spent the entire day looking at communication interfaces to various VRF systems. Intesis makes quite a few including KNX, Modbus, Wifi, Bacnet etc. but they’re extremely expensive $400 AUD each and I’ll need probably 5 or 6 so if I can purpose a raspberry pi to do the same job, that would be an ideal scenario and I guess I could get the RPi to talk to my OpenHAB server?

Can I purpose an RPi to communicate with my HVAC system and if I can, do either of you have any information on how I can do this with RPi? I’m more than happy to do a lot of reading to achieve this goal.

I think I understand the physical topography now. Is this right? 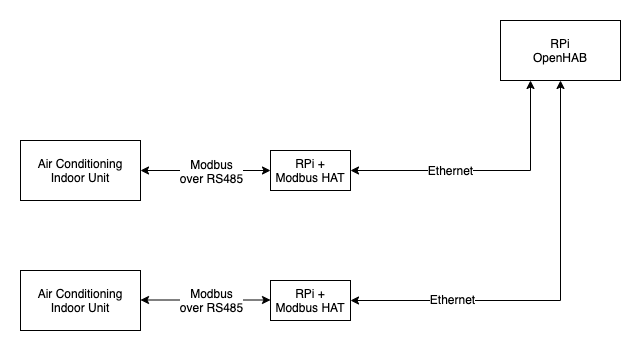 Edit: For anyone who happens to come across this thread, here’s the information on purposing an Raspberry Pi as a Modbus gateway: https://www.instructables.com/id/How-to-Use-Modbus-With-Raspberry-Pi/

The Hat is connected direct to the Gpio Pins at the Rpi.
Its a serial device to the Rpi if i remember right.
And I use the same ModBus Hat like in your Link.
But no extra Raspi
Within OpenHab I use the ModBus Binding.
And i don’t use two Rpi it’s all running with one Rpi 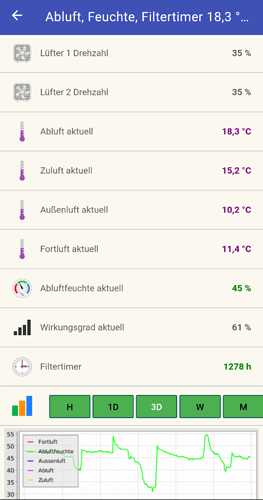 Oh wow, this is amazing! This is exactly what I’m after Peter. It looks like you’re using the same HAT as in the instructables link I posted in my previous reply. This is absolutely amazing! If I can do this with RPi and that modbus HAT, I’ll save myself thousands and I’ll be able to use ethernet rather than their $400 wifi modules.

So you run OpenHAB on the same RPi as the one connected to your HVAC system? Do you need to do this or can I set up my system per my diagram above and have a central RPi running OpenHAB and monitoring/controlling the RPi connected to my HVAC unit?

Yes i can fully controll my HVAC with OpenHab. In the beginning it was a bit of learning to understand how to setup in OpenHab the communication to the ModBus. Here goes again my thanks to rossko57 going through this with me. And you need from your HVAC Supplier a Kind of Datasheet how the Unit
does Communicate at the ModBus.

In general two Rpi´s can communicate each other via MqTT, so this can be a solution for you.
HVAC->ModBus->HAT@Rpi1<—MQTT—>Rpi2

Yes i can fully controll my HVAC with OpenHab. In the beginning it was a bit of learning to understand how to setup in OpenHab the communication to the ModBus. Here goes again my thanks to rossko57 going through this with me.

Well, it looks like you’ve done a sensational job getting it working! I haven’t worked with MQTT before. I also noted that there’s some Modbus TCP stacks you can run on linux/RPi so I might have a play around with those too. Are there programs you can use to interrogate the modbus slave to see all the registers? I thought I saw something on my travels while I was researching modbus.

Thanks for your help Peter - I think you’ve got my heading in the right direction and in my opinion, this is a much better solution than buying a costly Bacnet or wifi gateway which interfaces into the HVAC unit! Especially since I’ll know how it works and I can troubleshoot it.