KNX Dimmer and Outlets to Homekit

I have KNX items as switches, dimmer and outlets in openHAB 3.1. They work over the UI and also over the Basic UI (also iOS App). That means that the status is correct, when I use a dimmer, the percent will change. Also when I switch a dimmer from off to on, the last state will be read and shown in the slider. But when I try to integrate this dimmer in homekit, they switch from off to on and stay at 100%, while the Basic UI shows e.g. 50%. Switch items makes no problems with homekit. Second problem are outlets, because openHAB generates a warning that the InUseStatus is missing. But I did not have an idea who to set, because I did not no if “they are in use”. I only want to switch the outlets on and off and see the outlet icon in homekit.

That means that the status is correct, when I use a dimmer, the percent will change.

You are probably being misled by ‘autoupdate’ effects. You might disable it on one of your problem Items temporarily, to find out what if your devics are really supplying status to openHAB.

for outlet just use “outlet” as meta data, without attribute name 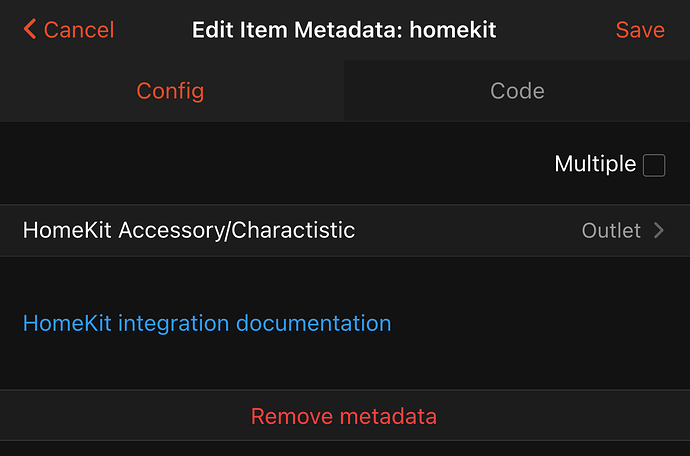