Hello everybody!
I am currently trying to configure my OpenHab (2.5.0). Since I run three Kostal Inverters, I have now installed the current Kostal Binding. After creating a Things file in which I added my three inverters, I receive the error message “Offline - Communication_Error” for all three inverters in Paper UI.

When I open one of the things, the message “Status: OFFLINE - COMMUNICATION_ERROR java.lang.IndexOutOfBoundsException: Index: 4, Size: 0” is displayed.

I have entered the following configuration in the Things file: 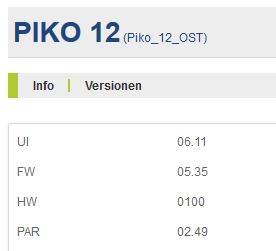 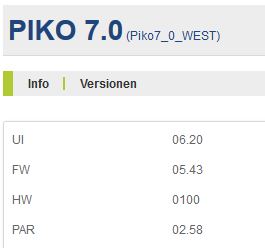 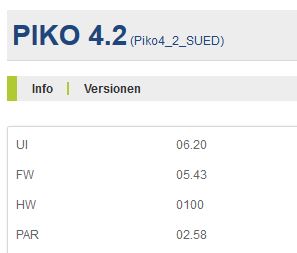 My OpenHab 2.5.0 installation runs on a RaspberryPi 4, 4GB with current Raspbian Lite. I previously upgraded from version 2.4.x. The binding problem described above already existed in this version. I was hoping that this bug was fixed in version 2.5.0.
Since this does not seem to be the case, I wanted to ask the community whether this error is known or whether I have made a configuration error.

I would appreciate your help.

Thanks a lot
Christian

I do not use the binding but here are a few closed issues on github. https://github.com/openhab/openhab-addons/issues?q=is%3Aissue+Kostal+is%3Aclosed

Maybe an issue is similar and you get the fix.

Thank you for your feedback.
Yes, the inverters are second generation PIKOs. Basse, is it possible to get a beta of the binding you customized? Would love to try it out.