Like to buy and connect a alarm system to openhab

I looking for a alarm system which I could connect to openhab.

I alarm system should work “stand alone”.
But I like to read out the state and the controle the Alarmsystem by openHab.

May someone could help me.

These pieces work with the DSC alarm binding.

You would still want to get a 12V transformer, backup battery, door/window contact switches, a mountable box to keep the circuit board and EVL-3 in, wire for each zone, and maybe other pieces like motion sensors, sirens, etc. This is fairly “old tech” but works.

I second this. I have virtually the same setup and so does my father and they work great. They are a bit confusing to configure for first timers but once they are setup they are solid.

I have used Home Security Store to buy bundles and usually ebay to get sensors: http://www.homesecuritystore.com/alarm-systems/hardwire-alarm-systems/dsc

I agree on that one also, I use the same system as above and works great. the Eyez-On EVL-3 ( I think they have a 4th rev now ) ties everything in nicely.

How far do you think we are from being able to use OpenHAB directly? Today I have over 120 contacts via modbus, I am only missing GUI stuff like alarms and being able to enter pin codes.

There are lots of threads around the web on pro/cons on using automation systems as your alarm.

My summary opinion… I don’t think it is a good idea.

This is just my high level opinion as I mentioned. There are lots of other considerations I feel are valid as well.

I’m not saying it couldn’t be done well, I just think it’s best left to a true alarm at least for the time being.

Another recommendation for a DSC alarm with the envisalink… Works perfectly!

I have my Bosch ICP-CC488P installed alarm system. It works very well. Can I use the alarm system with OpenHab? If you are happy with your help. 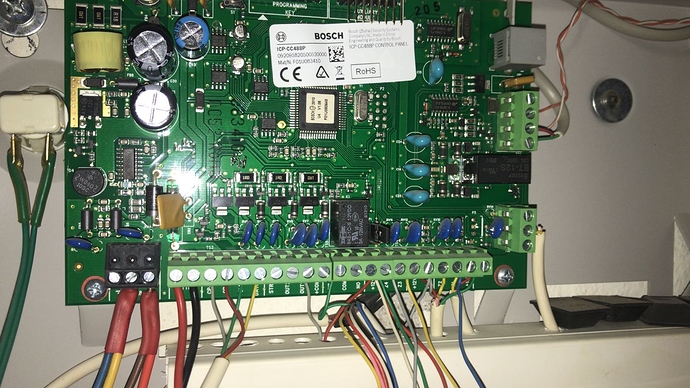