Hi, I have a Nibe Heatpump and it is connected to my PC using a Modbus 40 addon. Has anyone modified the Nibe plugin so that it can talk to the Modbus 40 instead of some arduino or Pi?

Thanks for any help!
/Anders

I don’t know if it is relevant, but there is a Modbus binding. Maybe that will work.

Ill see what Ill do. I wrote a plugin for Homeseer to communicate with the heatpump. Perhaps Ill try to port that and perhaps using the Modbus binding. Im totally new to OpenHAB. Homeseer works ok up to 25%, over that it sucks. User interface wise it is below the surface. Im hoping a lot for OpenHAB.

Thinking about the same, i also have a Nibe Heat Pump with the Modbus 40 add on box. Over time i would like to use it with OpenHab in order to to make control and interface by myself. However i have had problems with not getting modbus responses from the box yet. How far have you come in your research and project?

Mine is running from just C#. And in Homeseer as a plugin. Not all commands implemented. 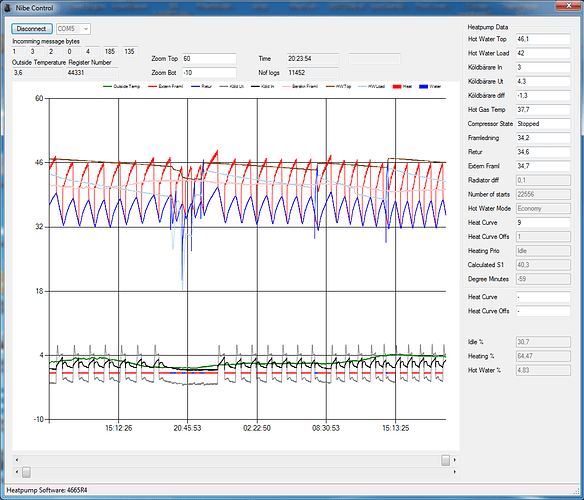 Hi there, I am using Matlab to control my NIBE heat pump via Modbus 40, works perfectly fine, changing setpoints or degree minutes. Planning to use Octave (freeware), similar to Matlab, as next.