Out of interest, how many Kiwis are using OH or more particularly OH2?

I am in the middle of building a new home (in Christchurch) and have decided to go with OH2 rather than have to migrate later. We have about 6 months left go with the build so I am busy trying to sort all the control issues out now. Automation comes later…

I am in ChCh too, and have been running OH v1 for a number of years. No experience with OH v2 tho sorry. My system is in daily use so I am not switching over till OH v2 is rock solid!

Hi Ben,
Understand. So far my experience with Oh2 has been pretty good, although it is only working in a test environment (the Man Cave) for now.

Hi Mike, I’m in Auckland. Have been using 1.x for maybe just over a year. Was using Domoticz before that.

I haven’t really looked into 2.0 at all, once it’s fully released I probably will.

Looks like we are only a very small group in NZ.

Hi Mike - I am also based in Christchurch, and have been using OpenHAB 1.x for probably a couple of years now. Am looking to setup a OpenHAB 2 test environment over Winter, and start testing some bindings, including a native C-Bus binding for OH2 which another user has written. If all goes well, I might make the switch to OH2 later this year, but like Ben, I value the robustness of OH1, so wont be a super-early adopter.

Mike - what are your automation plans? Would love to start from scratch with a new build with what I know now! I built my place in 2011 before I really knew anything and there is a lot I would do differently now.

What a question - not really sure I can answer it yet. As I said above automation will come later.

For now my primary focus is on sensors and controls, essentially getting all of the building blocks in place for future automation. I am planning to build most of the subsystems I require myself, so there lies another challenge, particularly with respect to the time needed.

My to do list as of now is as follows:

In terms of bindings, so far I am planning to use the following and I am sure this list will grow as I get deeper into the project.

Sweet - yeah not the easiest thing to answer I guess. I am using all of those bindings extensively and a few more, plus am doing probably 80% of what you have listed, so feel free to fire thru any questions.

One thing I would suggest is to run CAT6 to EVERYWHERE. Including any spots you think you might want to have IP cameras. I wish I had done this as getting power and network to the spots I would like cameras is a PITA. And POE makes life so easy/cheap these days.

Yes - I am planning to run CAT6 everywhere. I will be also using WiFi for some items e.g. the outdoor weather station, but for most applications I want the reliability of a cabled connection.

I’m in Auckland, but moved here about a year ago form Moscow, Russia where I had Fibaro HC2 setup with over 20 devices.
Now I’m on OH1 and as I’m renting the house cannot do much

Old thread but figured I would go on record as an OH2 user and living in Welly.
I have a largish device integration. and also multiple Amazon echo integrated for voice control.
Regtards

Hey Paul - how are you finding OH2? I am pretty nervous about migrating my OH1 installation - it is very much an integral part of our house/lives now, and any disruptions would be very unpopular with the wife.

Did you migrate from OH1 or start fresh on OH2?

I started on OH2 around a year ago so no OH1x migration for me.
But I was there at the launch of OH2.
I confess I am not enjoying some of the OH2 bos such as PaperUI is not implemented enough to be useful but enough to get in the way.

I have narrowed down my bindings to a small set of reasonable stable ones as many have bugs that do not meet my level of reliability In fact I have dropped down to BASH scripting rather than use some of the bindings as reliability is of the up most importance to me.

I use OH2 for all my hard core logic, scheduling and event driven interaction with the home and Alexa does all the interactive stuff with switches used to provide ‘modes’ and flags.

MQTT is solid which is what I use for all switches and sensors, I use sonoff (have over 40 of them now).
I tried Wemo’s for LED lighting but although cheap they were unreliable. I also had a dabble with the Sonoff B1 LEDs (B1) but again cheap, but in this case never could get them flashed (my issue I think) but that became irrelevant as I they were too dim for main lighting only really useful for bedside tables or ambient lighting.
I eventually settled on Philips Hue and use the White A60 ones from Noel leaming/Harvey Norman for like 30 bucks.

I should point out I am a renter so all my home automation needs to be wireless and very easy to move when the time comes.

I have gone through multiple iteratiosn of rules codes andf finally settled on a naming scheme that permits optimised rules and I am very happy with OH2 on my RPi3.

I would like to get back the OH2 Alexa skill but really it just allows my heater,dehumidifier,fan setup to function using full voice where as the moment the current temperature setting and reading is not available, but its no biggie.

I have rambled on enough, let me know ifg anything caught your interest. I will gladly show what I have and why I did what I did. This could be inputs into your decision to go in a different direction.

Hi Paul,
I’m in Auckland and renting as well. I would love to see your setup and a sitemap.
It’s always great to see someone else’s work to get inspiration!

I’ve ended up with a lot of Mi Home sensors, lights and power plugs. For the price, it’s really stable.

I used to have a lot of Z-Wave dimmers and relays with Fibaro HC2 in Europe but sold everything while moved to NZ. It was very easy to mount it behind the switch.
Not sure that you are allowed to do that in a rental property.

I have provided my sitemap,
This should provide some ideas of what I have been doing.

Let me know of anything in particular.
I only have one Mi product attached and that is a powerstrip in the dining room, this is simply disabled at around 1 AM and enabled again at 5 AM , it really on ly has On/Off capability for all sockets rather then each one individually, but I agree the product is solid, well nade and reliable. just not that useful for me. I am interested in the sensors though I currently use the TH10 Sonoff modules with one in each room and a TH sensor attached. The accuracy is a little lacking but it suffices for basic HVAC type use for a very portable multi room system.
In most rooms I have a heater,dehumidifier and a FAN during the warmer months that provided a good stable healthy environment much cheaper than relying on humans to remeber to switch devices on and off or using timers etc. My daughter last year went through the winter for the first time since coming to NZ (14 years) without an asthma attack.

Anyway I have attached the sitemap as it was too large for a post. remove the .xml extension.

@idkpmiller wow, that’s a huge work that you’ve done! Thanks for sharing. I might have more questions when I’m done exploring your sitemap

Just out of interest I’ve attached my “main page” of the sitemap. 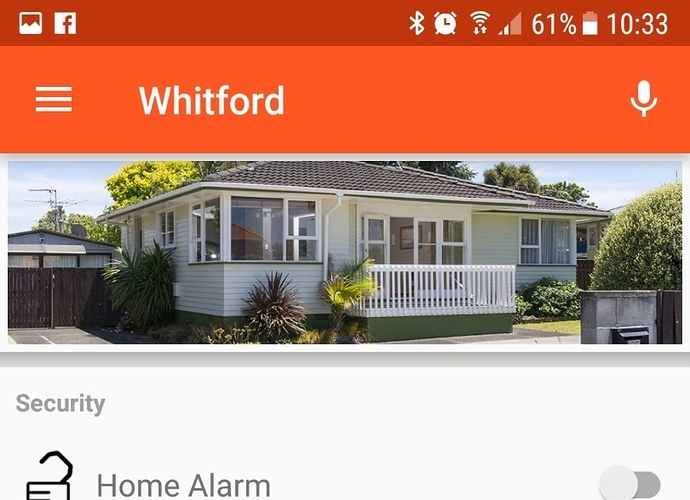 That is truly an impressive summary menu.
Where did you pick up the iconset? I love the layout.

I can see that we have focused on different areas. Yours appears to be more security focussed so far I have avoided this area and safety too.

Around 15 to 20 years back I had my security system integrated with a home controller, actually two as I recall one was software based and is still going ‘homeseer’ and the other was an appliance and I struggling to recall its name. This side of automation was fine when I was a home owner but as a renter I have avoided it so its really interesting to see you as a renter have gone down this path. I am realy interested to understand the drivers, the pitfalls to avoid and what devices you feel you trust and of course what to avoid

As you will see on mine, I am focussed on a different route at this point. Looking at the earlier comprehensive ToDo list of Ben, I have put together what I have completed on his list and what I have de scoped currently.

I have done a few other items not on Bens list.

I think thats the lot for now.

I’ve had great success with WiFi and micro controllers such as the esp8266.

I’ve found sensibo to be the only way to control heat pumps in nz.

I’ve now got 2 raspberry pi’s that I’m looking to hard wire into my alarm system and run off a 12v battery with an attached mobile phone.

I’m in Palmerston North, OH2 since Feb. Running some Mysensors temp sensors and MQTT for drive sensor, relay for our front lights.

I have a Arrowhead alarm I installed at the end of last year, I don’t have integration with OH yet but have found one for Domoticz that works so hoping I can get it migrated over.

Also have a range of devices based on Ardruino sitting on my desk to finish. Heatpump wise I’ve built one based on mysensors and arduino, waiting for a couple of parts to finish and test.