so I’ve set up my OH3 installation over the last couple of days and got everything working like I want it to.
I’ve noticed that I have trouble displaying the builtin icons though. While they showed up fine at first, they no longer display on the pages I created.

Just as it’s described I had them set up like “oh:sunrise”, which worked fine until yesterday:

Since then, the icons no longer display, I can see them being referenced to in the site’s code though:

Accessing the referenced filename results in a 404 error, which did work before:

Anyone having an idea on this?

There’s two things that happened over the last days, which are worth noting:

I set the category on the Item, same as OH2.

They are not being display via categories aswell: 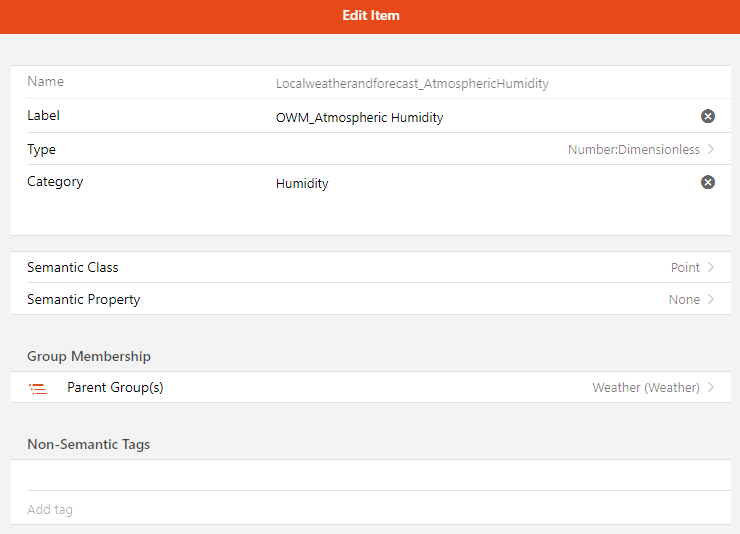 EDIT: My dimensionless Items show up as Number not Number:Dimensionless.

I also noticed that my first letter of humidity became uppercase somehow … oh well … it doesn’t change the behaviour though.
both upper and lowercase result in the same 404 error for the icon.

Edit:
I’d be super grateful for any ideas. I’ll keep digging though.
Found this after setting debug-loglevel for org.openhab.
[hab.core.ui.icon.internal.IconServlet] - Requested icon category humidity provided by no icon provider

In the console try bundle:list | grep Icon. Maybe the bundle that provides the icons is stopped or not installed for some reason.

Looks like what in the bundle’s pom.xml is written.

Edit: Haven’t found out where the actual icons are stored though. I’ve seen that the IconSetResource reads the files dynamically, not sure about the path yet though, as it’s relative.

Looks like you have to have one of the UI-Addons installed, for the actual org.openhab.ui.iconset.classic-bundle to be available.
Guess I didn’t see that one coming. 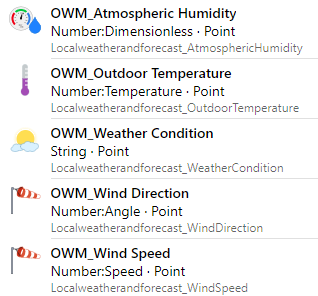 Edit: Oh, and both upper- and lowercase first letter works for the category/icon.

Then I installed OH from Docker, Basic UI & HABPanel were already installed by default.

What installation method did you use?

I installed the deb-package on a fresh Ubuntu installation. And yes, I had both Basic UI & HABPanel installed aswell. But you know … why keep it installed, when you’re not using it? OH3 has a decent UI aswell, so I removed them.
They’re called addons after all. But I guess thats a thinking I have, because I started with 3.0.0. Somebody coming from earlier versions wouldn’t probably think about scrapping those other UIs.

@ysc
Is this an unexpected bug? Perhaps the Icons should be part of the Main UI instead of related to an Addon User Interface.

Yes I didn’t know the iconset was a dependency of basic UI/HABPanel but it appears to be the case.

It’s probably best to also make it a dependency of the main UI or simply to remove these dependencies and add them to the base package… After all they’re used in the mobile apps too.

I also have this issue. I uninstalled all old UIs and only kept the mainui on oh3 - result: no icons are shown anymore, as I get a 404.

I like the idea to add standard icons to the base.