Had this issue last week. Were I would send lets say an ikea bulb who has a topic of {brightness:255 colour x=n coloury=n }
The ikea would respond with one topic and the brightness has been udpated.
Then it would respond again and the colour is updated.

when these topics are recieived. the brightness sliders on my page would be updated, but they then send the command again over and over and i get endless mqtt loops.

has this been fixed yet?

This sounds like a configuration error, in particular the flag on the Channel config that tells it to treat incoming messages as commands instead of state updates.

Autoupdate might be coming into play here as well.

But in general, to see if something gets fixed an issue needs to be filed. Then you need to watch that issue and will be able to see when it is fixed based on the discussion and PR that gets created to address the issue.

Here is the gihub issue

Group Dimmer when using AV function of child items sends commands to all items on every update Expected behavior Group dimmer should control...

I filed this issue last week.

Definitely not a configuration issue 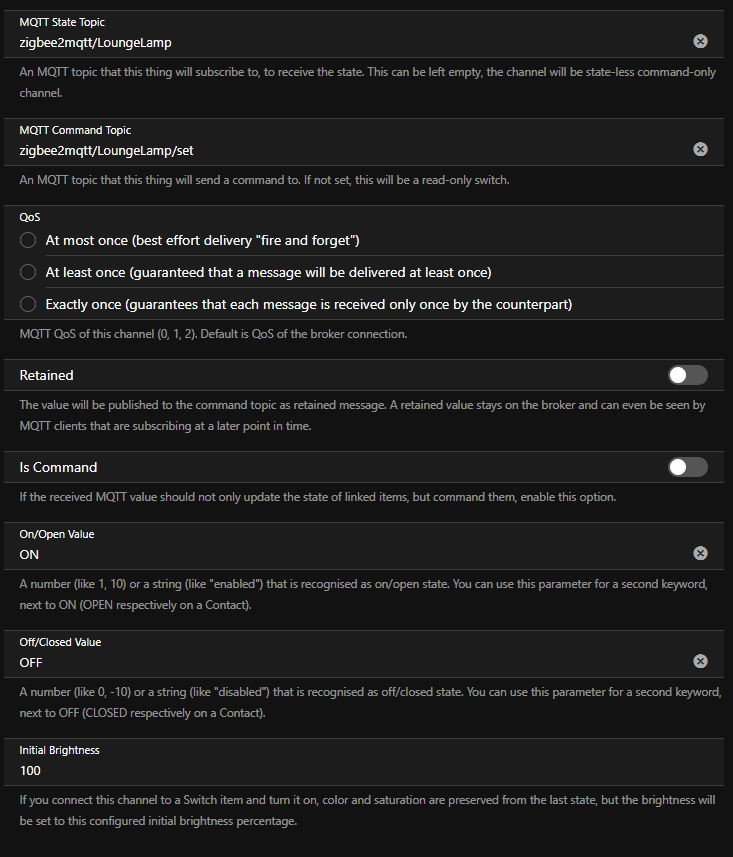 Okay … so you’re asking us about the progress of an issue that you filed in some other place? It doesn’t really work like that.

A simple “nah mate, not yet” would suffice. Cheers

A simple “nah mate, not yet” would suffice.

I thought a pointer to the issue where you can see current status now and in the future would be more helpful.

That’s about the size of it. Some do, some don’t, those that do might only look at threads in interesting-to-them sections.

For rapid response, you’re looking for something of a unicorn - a volunteer developer with the right skills in the area, an interest in your problem, and the time to give to it.
There is a bounty system if it is important to you, but still not everybody involved is motivated by money.

Not to give status updates on fixing issues. And not every developer does visit the forum much. All development stuff takes places on GitHub. Since you created the issue you should know where the issue is and how to monitor it for updates.