Hi - because of borked environment after trying to go to the 2.5 snapshot, I decided to backup and restore to a fresh OpenHABIAN on a new 4gb Raspberry Pi 4.

The files copied over, but the Pi won’t boot to a login prompter’s from the SSD, hanging 1.3 seconds in around the USB detection steps.

Any tips or thoughts?

I have not used that command.
Couldn’t you just install Raspbian Lite & OpenHABian on the SSD and restore a configuration backup?

I could have but didn’t as openhabian is theoretically much easier.

And what if I did and had the same problem?

I installed NOOBS Lite on my SSD to install Raspbian Lite. I then followed the Linux install instructions for OpenHAB.
In my situation I configured from scratch. 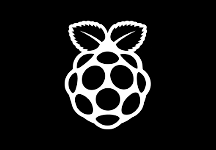 Download NOOBS - our easy operating system installer which contains Raspbian, and contains everything you'll need to get started with your Raspberry Pi.

What steps did you follow to move the install to an external SSD drive?

I basically followed the official documentation to install NOOBS Lite on the SSD from my Windows PC. NOOBS download includes the full Raspbian desktop in the download. The Lite version lets you download just the CLI version of Raspbian.

SD or SSD? Installing on SD is different than migrating from a SD to SSD…

Installing on SD or USB based SSD is the same. See my post above.

For what I know (I don’t have a pi 4), there was no way for a Raspberry pi 4 to boot from USB …it was planned for a future firmware update.
did they update the firmware to add the feature?
Or is there a workaround?
I’m waiting for this feature to buy one

My Raspberry Pi 3B+ boots from USB fine.
I think there were ways of getting some older ones to do that too.

But the raspberry pi 4 came out without that possibility.

Hi, I bolted an SSD on my Raspberry pi 4 over the weekend.
I basically followed this howto:

You can achieve faster storage speeds on a Raspberry Pi by putting your programs on an external drive. Here's how.


It worked like a charm. All in all I think I was done in less then 30 minutes.
To be clear, I added the SSD while I was running Openhabian from a 32Gb MicroSD card. Followed the instructions in the howto to move the root to SSD. No issues at all

Alexxio - thanks! I wouldn’t think we’d lose a feature we recently got…I was booting from the 3+ when I decided to move to the 4 while doing a rebuilt.

I’ll log an issue at the OpenHABian page so they can trap for this in their configuration scripts. I didn’t get a warning that it wouldn’t work (it happily copied everything over)…

I’ll see if I can figure out how to have the SD point to the SSD for the root. I don’t really dislike having the SD there to boot from but it is just an additional complication.