Is anyone running any IP Camera or other devices via POE? Wall mounted tables with POE to them?

I had purchases a used FastIron 648P switch on ebay a while back and went to play with it this back weekend. I am currently using a Norco 4020 inside a rackmount and added the the POE switch inside it the other day.

But, man is that POE switch LOUD!! I know that due to the small fan blades at high rpms is needed to keep it cool, but it is loud!

So if anyone is running POE devices, what hardware are you using? Have you had success with those POE “injectors”.

And also, for you home (businesses aside), how many POE ports are you really using? Is it worth the effort?

I’m also in the middle of a mental debate though of downsizing all hardware. It used to be the ‘go big or go home’ approach and have a server with 20 drives in it. But now HDs are getting bigger and cheaper every day, and the need for that large of case and space doesn’t seem necessary any more?

btw. The Norco 4020 runs on ESXI and host a number of VM’s including OH on Ubuntu, and then separate other VM’s for downloads along with Unraid for NAS sharing.

I’m using this to power on 4 poe ip cameras: 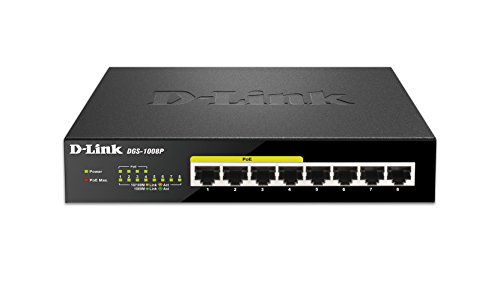 I’m running a couple NodeMCU sensors/switches with a POE injector and micro USB cables spliced onto the end of the CAT5 run. Other than the tiny USB wires being a total pain to solder, no problems.

Have a Unifi access point running off of it’s own injector. Comes from the office basement up into the attic and through the ceiling in the upstairs closet. Never a problem.

POE is a no brainer. In many cases you already have to have a data cable anyway. Even with the NodeMCU’s being wifi, POE is a lot simpler and cleaner than having to find a power outlet in odd locations.

Enterprise gear is noisy to begin with. I have a Powerconnect 5324 switch and even after replacing the fans with quieter ones it is still obnoxious. POE gear is going to be even worse. The injectors are a good option as long as you size the power supply correctly. They will not adjust the power to what the device needs, so if your doing long runs, you need to take into account voltage drop.

There are some more “consumer” oriented POE switches, but most that I have seen typically only provide power on 4 out of 8 ports for example.

I like what @villaRob shared. Thats nice combo 8 port with 4 POE on it and quiet.

But i’m curious also. In one’s typical home environment, how many POE devices do you foresee your self having in the home?

My hope is to potentially place between 4 to 6 IP POE cameras in the home as part of a security system, and some of those cable runs could get a little long with going from a basement to an outside soffit location and across the house.

I have old cisco 3750 gige with POE… it is nice, I power all my phones, IP cameras, serial over Ethernet dongles, and a couple additional items. I can only support about 40 watts per port, but that is plenty. And I too have 3 esxi servers with vcenter and a freenas ZFS file server.

I too have been thinking of going more embedded devices… I have been installing a lot of this combo for friends, family, and businesses. Netgear switches with POE… (they do dotQ tagging) with ubiquity firewalls, cloud keys and AC pro access points. With a true sine wave Cyber power UPS. Real nice low power setup… I still like the big server and keeping a local copy of everything for myself.

I use Ubiquity UniFi 48 port 500W switch and now I need to fit new insulated doors to the server room as I could hear it from two rooms away.
It powers:
7 cameras.
3 Wifi AP
8 Tinkerforge Masterbricks around house (for all the sensors and I/O for light switches)
8 Sibo POE Android tablets running HABpanel UI.

I’m quite satisfied with all devices POE as the I only need one ups for the switch and in case of power failure I still UI for the house .

but it works very good

I have an Axis 1405 POE-IP cam. In my cellar I have a “server room” where I have a 24 port switch, 24 port patch panel, Fritzxbox, NAS and a POE injector for the Axis Cam. All behind an USV.
I plan to use a 2nd IP Cam so I will need a 2nd injector. The three TP-Link AP´s theoreticaly could use POE as well but they are behind additional 8-port switches … A switch with POE would be nice… but it is working this way as well.

I use a POE injector hub from Planet to run a couple of access points. It works well

I just recently bought on ebay a 4 port POE switch that is POE powered itself !
It can take 25W and outputs up to 15W per port for a sum of 22W. A camera is usaly around 4W so it should do up to 4 cameras. I have a location where I have just one cable and need 3 cameras.

Of course for cameras, you don’t need gigabit, so you could just buy 2, 8 port switches w/ 4 port POE each for about $45/switch (see https://www.amazon.com/dp/B003CFATT2)

I did the same thing just with a slightly bigger 12 port injector that was rack mountable in my server unit. I simply pass from router into and out of the injector. I really only have 1 POE camera at the moment though as I still try to work out the best method to set things up regarding softwares, etc.

If anyone has any good POE camera advice, i’m open to suggestions. I am currently leaning towards these Hikvision DS-2CD2332-I ones

If anyone has any good POE camera advice, i’m open to suggestions.

If you don’t find good/not too expensive PoE cameras, one possibility is to use cheap PoE splitters in the camera side. Then it’s basically possible to use any cameras. Separated splitter of course need little bit more space.

@ptmuldoon
I’ve had good luck w/ the Hikvision cameras. I don’t port forward them - using a VPN and the free Hikvision iVMS software works great. The EXIR turrets have a better IR emitter which is nice but I prefer the -IS and -IWS model number domes. The “S” indicates alarm I/O. That allows me to connect an external relay and/or real IR motion sensor (Bosch motion sensors work great) to the camera to trigger recording. Unless you’re going to run something like Blue Iris, I think that works much, much better for finding and recording events.

What model from Bosch are you using.

What model from Bosch are you using.

I’m using this one. It’s not an outdoor model but I have it under an overhang. The only false alarms I’ve had with it were when the temperature was 100+F with high winds. 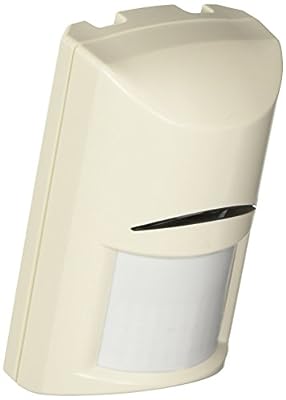 The Blue Line Gen2 Series of Motion Detectors use a combination of passive infrared (PIR) and microwave detection technologies with advanced signal processing. The pet-friendly (-WP) models generate a ...

@ptmuldoon how did u go with getting some cameras setup? I’m looking at Getting some and don’t mind writing a binding if there are good cheap cameras that have an api.

A while ago I looked at narrowed it down to a certain foscam with h264 support. Using raspberry pi with motionpi project or using hikvision

@matt1 I only have 1 cheap camera I had bought for some testing, and only temp installed it in trying to see what I do and learn.

But what I had done was ensure the camera supported onvif. I then also purchased a POE rackmount injector like this one here and placed it into my server case.

Because I am running VmWare ESXi with OH2 as a VM, what I did then was setup a separate VM and ran ZoneMinder on it, and then used the ZoneMinder OH2 Binding. I remember it working out OK, but again hadn’t taken it very far in trying to do much with it.

And in my research and like you noted, Hikvision makes good cameras but are can be expensive. Another camera I was leaning towards are the Amcrest ones here.

I have a Dlink DGS-1210-10P which can do 30 watts per port with a total max of 78watts POE. Is fanless so no noise and should handle 7 cameras with an 8th possible if I spend more to use a SFP port to connect to the other switch. The managed switch also allows me to turn all cameras off to save power when I am at home so this feature did put the price up.

Those Amcrest cameras look great, lower cost and have an excellent API which does a LOT more than the Foscams from a quick glance over the documentation. If you come across any other brands please let me know.

I also have had a quick look at ONVIF and whilst it is an excellent idea I don’t know if it will ever get support in Openhab due to needing to pay to be a member before being able to use the standard. Whilst that works great for companies making cameras or smart phone applications, it does not work for opensource software done by volunteers as no one wants to pay a yearly membership fee. Maybe I have the ONVIF wrong (please post if I am) as I only took a 5 second look to see if making a binding was viable and what licensing they wanted, this is probably why no binding exists.

Another camera I was leaning towards are the Amcrest ones here.

I ended up buy the Amcrest after checking it out thanks for mentioning them.

I wrote a binding for my camera here

This IP Camera Binding is now available for anyone that wishes to help with testing and give feedback, it is under very active development and things are changing quickly with it. The short term goals of the binding are to make using cameras in Openhab EASIER for people new to openhab and to allow the cameras to be used in rules. Do not expect this to replace a DVR or give fully featured remote viewing. Your camera will have applications for doing this, so I will concentrate on what is not possi…