Positive confirmation of turning on a light

I have kitted out my whole house with LightWaveRF switches (“old” ones) which are 433MHz. These are all linked into OH using RFXCOMM and work well.

My next problem to solve is knowing when a human used one of their digits to turn on a light old-school.

One obvious thing is to replace everything with ZWAVE kit but frankly, that is a bit of a stretch considering how much they cost. I also don’t have neutral on most of the lighting circuit.

Options I am playing with:

Sonoff
ESP8266 in the ceiling which is powered off the light circuit. When it reports on (or I can ping it) then it is assumed someone turned the lights on.
Cheapest option for this is Sonoff (£4.30 from BG). Seems overkill for something like this

Hand-rolled option
Frankly, a non-starter. I cannot build my own, case it and make it safe for less money than the Sonoff option

433MHZ option
Is there a 433 which is better? It can be run from parasitic power on the lighting circuit.
Downside is knowing when it’s not there any more.
Downside is broadcasting when on, lots of noise and traffic.

I was wondering if anyone had a better option they use?

I’m in the exact same boat.

I have lightwaverf throughout my flat but due to issues with not knowing when lights are turned on and also huge problems with bulbs (I have the supported megaman bulbs) that have odd issues of staying on dimly or not ramping up to full brightness.

I’m moving over to the Xiaomi wall switches, they do ones which don’t require neutral wires and don’t seem to have problems with led bulbs lighting when off. The downside of them is no dimming and they don’t look as nice. Some concider the Xiaomi hub as being a security issue. I have blocked mine from accessing the internet. They also have price on their side @ £22 for a double.

Xiaomi wall switches, they do ones which don’t require neutral wires

Could you point me to that one, please?

I cannot build my own, case it and make it safe for less money than the Sonoff option

ESP8266 in the ceiling which is powered off the light circuit. When it reports on (or I can ping it) then it is assumed someone turned the lights on.

I’ll go for that one. BUT you need to make sure your wifi router can handle all these new clients. It’s not the traffic , it’s ne number of simultaneous connections that matter. Most ISP supplied router handle 20-30 items at once. So you would have to upgrade.

Slow boat from china but i’m happy to pay less! Here you go

On your Sonoff option they also make light switches, i rejected them as an option as they also require a neutral connection.

I’m not 100% but i think its only the UK that do this whole no neutral thing, much like ring mains.

Basically you put the sonoff in the ceiling powered by the mains and feed the lights as normal with a sonoff.
Then you have the wires going to the switch left over. Connect those two to gnd and pin 14 of the sonoff and with tasmota activate the switch as a toggle.

Only problem is accessing the supply to the light in the ceiling.

Oh they make an actual light switch as well.

Living in a flat i have a steel reinforced ceiling so i can’t do to much.

Regarding the light switches, they’re ugly

I’m not going to put the sonoff in line with the lights but rather as a beacon to tell me there is power on that circuit.

Why not
You can control the lights then

Because of the delay from power-up to latching the relay. My wife goes nuclear in less time

If there was a sonoff with a normally closed relay I would.

I control them at the moment using lightwaverf which work. I just never know if they are on or not.

Thinking further, I could get the sonoff pow versions, remove the relay and bridge it. I get the same but can now also measure current used. Important for my solar / battery powered house.

The way @vzorglub is describing the Sonoff would be powered up all the time.

The switch would be connected to a GPIO pin on the sonoff and when pressed would signal the sonoff to turn on, the sonoff would then send a message to openhab (mqtt) to say the light had been turned on. This way the lights would be turned on and off via the sonoff by switch or remotely which would be instant. No power up times.

This would work with any manual light switch.

Indeed, it is. I misread.

That would be an option but I’m quite happy, save for the current challenge, with the lightwaverf switches.

20 sonoff “winging” their way to me from bg…

One obvious thing is to replace everything with ZWAVE kit but frankly, that is a bit of a stretch considering how much they cost. I also don’t have neutral on most of the lighting circuit.

I have tried LightwaveRF at first two years ago, but it just did not have the functionality I needed, so I went with z-wave. It is not cheap but it works very reliably for me in a house with older thick walls. As in UK, Ireland is usually a 2-wire system (no neutral) for lighting. Fibaro makes dimmer modules that work very well with these Irish/UK installations.

Where do you buy them from? 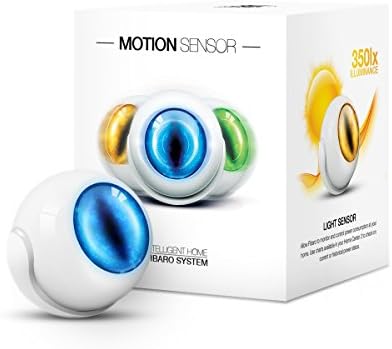 The Fibaro Motion Sensor is a universal Z-Wave multi-sensor. Along with detecting motion the device measures temperature and light intensity. The sensor has a built-in accelerometer to detect any tamp ...

At nearly £70 for a motion sensor i don’t see the point. I don’t mind premium but, how does that compare to my 6 or so Xiaomi sensors which are £7 each?