Following the suggestion of @rikoshak, here is small tutorial how to move an existing openhabian installation from a SD-card to an usb-SSD on a RaspI 1 or 2.
Because openhabian is based on raspbian, this tutorial is also supposed to work with raspbian.

First of all, why should one move the root-system from the SD-card to an usb-SSD?
The problem is, that the SD-card gets corrupted over time and your system will fail then.
As many people I used to think that it would be sufficient to use a large card from a premium manufacturer to not face this problem, but that has been proved wrong.
Probably the frequent persistence writes kill the card. SSDs have large ram caches and a sophisticated wear management to cope with that.

What you need
An external usb-case and a fitting ssd. A usb stick will also work, but I’m not convinced that it would be an improvement over using an SD-card.

Step 1: More power for usb hub of the Raspi
This this change enables that the USB hub of the Raspi delivers 1A, so you will have around 5W of power for your ssd. I’m using an old Samsung 64GB ssd that runs without an external power supply, but that depends on the ssd.

Edit the config.txt of your system

and plug in your ssd.

Step 2: Partition the ssd and put a filesystem on it
Figure out the device name of you usb-ssd. There are different methods to do that.
You can use lsblk

I think that your ssd will most likely have the device name “sda”.

Partition your ssd drive with fdisk

After creating a partition, leave with w (write and exit)

Assuming you have created the partition “sda1”, name it and create a filesystem on it.

Step 3: Copy the root system from the SD-card to the ssd
Be warned that copying a running system is considered to be “dirty” for some reasons. It works for me, your mileage may vary : -)

Check if everything’s fine: If you

you should see the “lost+found” dir of your newly created ssd partition.

Stop openhab and copy the root system from the SD-Card to the ssd with tar. There are also other methods with rsync for example.

Change the line of the root filesystem (second line in the example below) to the partition that you’ve created on your ssd. It is important that /boot must stay on the SD-Card (mmcblk0p1)

Ok, now you’re nearly set. Last thing is to tell the kernel where the root filesystem resides in future.

Step 5: Try it out
First double check all changes that you have done. If you’ve made an error, your system will likely get stuck at boot …
Than reboot.

If you can relogin after some seconds, check if your really running on your ssd.

Great article!
That’s a nice addition in general and of course to openHABian. If you want to, I would happily accept a Pull Request to add this process to the openhabian-config menu as an optional step.

By openhabian setup you mean this will automatically move everything to the ssd?.. if so could you do that for the pi3 as well?!

Have done some scripting but I need to test it, not sure if I have time for it this weekend.

If the bash script works fine, I’ll try to integrate it into openhabian-setup.sh.
Maybe I’ll need some guidance …

does show the following at my RPi2:

When I call the fdisk command, I get the following output:

I quit using “w” getting the following output:

But when I try to create the filesystem, I get the following error:

Seems not to be a noob tutorial, because it is assumed to do some things while being in the fdisk tool. For noobs like me: Here’s what I did for creating a partition:

Besides this: Great tutorial, thank you! Just moved my root fs within a few minutes. Thumbs ub!

Seems not to be a noob tutorial, because it is assumed to do some things while being in the fdisk tool

Yes, you’re right, I didn’t describe the creation of the partion in detail, sorry for that.

The problem is that the disk can have already partions from its former life, so that you need to delete them before you can create one big (sda1) partion.

In the script to automate the process I’m using cfdisk, it has the command --delete to delete all partions (as far as I understand it), but I didn’t make progress with it the last few days.

I hope it fully works out for you now.

Merged! Thank you very much

Sorry to revive an old thread, but I’m trying to set up the file system on my SSD but I get the following message:

Can anyone help me with this? Does it mean my installation is on my SSD? This is a fresh install of OpenHABian.

Many thanks in advance

Hi,
sorry to hear that.

Thanks for your response.

The command shows the following:

I don’t understand a word but hope it helps

If that’s the cmdline.txt that one would get straight from setting up a new openhabian image, then “moye system root to usb” would not work for the time being.

You said that you did a fresh install of openhabian. Does that mean that you downloaded an openhabian-image and wrote that onto the SDcard via something like etcher or dd?

Are you using some kind of bootmanager like NOOBS or berryboot?

My fresh installation was done using Win32 Disk Imager to write the image to hear SD card. After a long while I could hen SSH to Openhabian.

On my previous installation I ran the ‘move root system to SSD’ option and it worked fine. I’ve tried a couple of times now with the same issue.

I only boot using the Openhabian image, no boot managers or anything like that. Really stumped now

it seems as if the reference to the root-partion for the bootloader has changed from an absolut reference (“root=/dev/mmcblk0p2”) to the usage of the partion uuid (root=PARTUUID=…).

I guess a quick fix for you would be to edit cmdline.txt (sudo nano /boot/cmdline.txt) and to replace the part

Afterwards reboot and then it should work again.
Beware that there is a slight chance that the system is rendered unbootable after the change, so it would be wise to make a backup copy of the working cmdline.txt.
The type of the boot-partion is fat32, therefore it is easy accessible from a windows-machine.

I’ll try to make a fix for the issue so that it’s working out of the box again.

IMPORTANT ADDITION:
Please also check your /etc/fstab. If the root-partion is referenced there via partion uuid, that need to be changed also to /dev/mmcblk0p2 before using the function “move system root …”

Hey guys, the issue is actually not new, there was another user seeing the same thing. I didn’t have the time to fix this yet. @peter_juenger if you’d like throw a PR my way 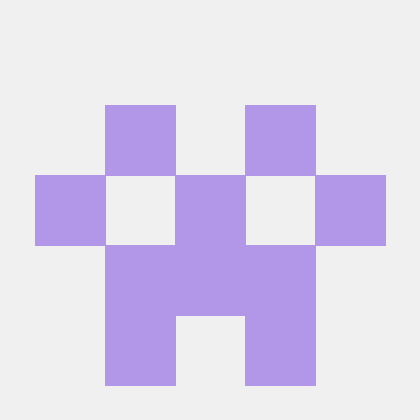 Please let me know when it is ready and I would be happy to test it.

The suggestion to edit cmdline.txt worked in that the file system was copied to SSD. After that however my connection times out on reboot

When the fix is in place on the openhabian-config menu please let me know and I would be happy to test it again.

Thanks @peter_juenger for the excellent fix!