Recently I posted a question with the title: "Is this application all in java?" and was banned

I would like to know the reason I was banned. I am a developer with experience of 34 years developing and I was really frustrated that someone coded a nice software like this in Java. I do Java, I did actually for a long time and I may tell you that there are a lot better choices that are portable.

And, by the way, I posted it in OFFTOPIC, how this can be called trolling?

Beside your 34 years of experience coding in Java, are you used to arrive somewhere and pee on the sofa ?

If openHAB being developped with Java does not suit your expectations, feel free to find some other.

I remember this thread, but can’t find it anymore.
My guess is you created the account and wrote this one exactly in those two days which lost all data from due to an update misshap. Note, this is my guess!

Thank you for replying.

I do believe that not agreeing with something and expressing emotions about it is as aggressive as peeing on something that belongs to someone.

I liked OpenHab a lot. Yesterday I installed OpenHab with some basic bindings installed, no things running, etc, on my raspberry pi 3 B+ and noticed that it had 80% of the memory occupied when I logged in it through SSH. I was not interested in coding anything on it, I just had an idea and wanted something that would handle the human interface and remotes/reporting, then I went to see the code inside linux, I said, NO, all JAR, all compiled, all over coms, the nightmare all again… =)

But again, this is not trolling! I wanted to start a discussion!

I would like to know the reason I was banned.

I’m not a moderator, so I can’t give you a apecific answer here, but IIRC it was your first post here with half of your positng in uppercase letters and a question which implies, that using Java as the code base for openHAB does not meet your expectations.

This isn’t neither constructive nor usefull feedback as you doesn’t make any suggestions for improvement whatsoever - it felt like you just wan’t to say that you think this is stupid and would`ve done it better.

Further more, your developing experience is not the slightest excuse to forget manners, especially not, if it’s your first post in a community forum.

I was inclined to reply along the lines of - “if only it used language X you could turn your lights on within 15mS instead of 30ms!” - but the reasonable answer had already been given.
It’s a decision made a decade ago for multi-platform reasons.

Yes, it was a fairly new account. I installed the app, spent a couple hours reading the docs, I like it a lot, and then JAVA…

I can agree that java was attractive before, I sure understood that to be able to install it in any platform, java is very portable in this way. Java never was faster than anything, trust me (maybe it was faster than PERL). I did plenty of embed java apps, crazy slow, very heavy. It is not bad, don’t get me wrong: had nice support, a whole lot of people behind it, good docs. So much trouble with memory leaks, crazy changes on the coding, bad VM and so on. Portability was not enough of a good characteristic to justify all those issues. It was easier to port it to another platform and just compile it to the native OS. Then you ask me: what about UI issues, how we may keep the same UI? We did not. We changed a bit. Not a big issue. But today is a different story. Today you may do better. That is the reason for the post.

I hope that they remove the ban, I do not like this type of situation.

Java never was faster than anything

I do agree with you. Usually I check something, if it sparkle some interest, I read about it, read some more, install it, mess with and so on.

I really liked OpenHab, nice docs, well structured and so on and yesterday I got myself playing with the interface so let’s see how it goes. But my statement continues: JAVA is old, heavy and cluncky. Prove me wrong instead of banning me for trolling.

JAVA is old, heavy and cluncky.

Don’t care really. Does it do the job on minimal hardware like Pi3? Apparently so, although I think OH3 is getting to the limits there.
It’s not about the bad qualities of Java, this is not a green field development. It should be about “X would be better because…”

Watch the first speaker, Kai, in this video from the end of last year. It gives background to how openHAB started, and why Java is used. 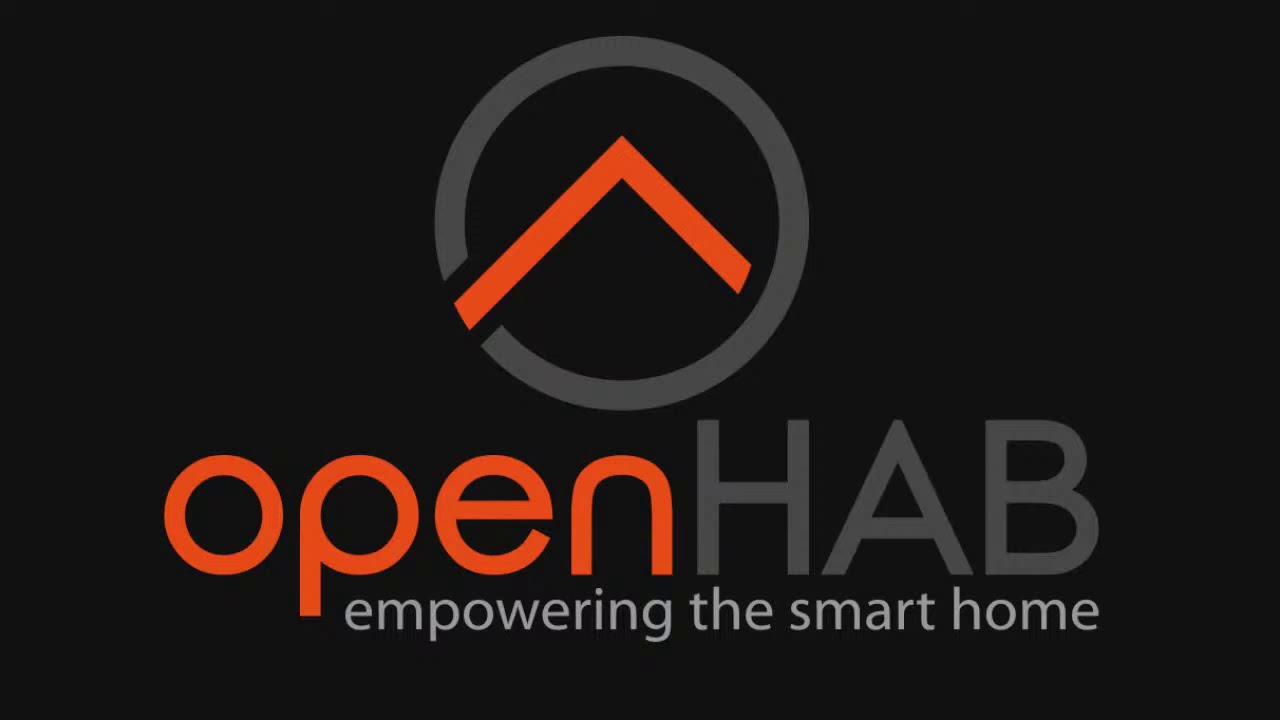 This openHAB will be Java for a long time to come, if not forever.

Yeah, sorry for the caps. I was frustrated. I had spent several hours reading the docs, I had decided to use it, then BOOM: java. I spent so much time with issues in embed applications with java that I got a somewhat averse to it.

hehehehe you are funny!

Come on, don’t get a part of the statement and make it a whole thing. I am not saying about OpenHab, but about of what Opus said about being compiled and being fast.

Minimum hardware? Quad core, 1 GB of memory, Gigabytes of space in the SD - freaking beast of a machine, specially for server like software. I used slackware on PCs that had 128 kb of memory running from a 5 1/4 floppy =) - yeap, I am that old.

I will watch, looks promising.

Well, do let us know when you have a rough prototype of a home automation system running on an ESP32 in miracle software X.
(I am old enough to have used 8" floppies and 8Mb hard discs)

Yeah, sorry for the caps. I was frustrated.

I understand - we all have bad days. But maybe it’s just not at good moment then, writing your first post in a community forum to vent your anger. Especially if you used the software just a few hours…

I’m not a developer so I’m not able to contribute something meaningful to the code base discussion, but what I can say as a long-year user of openHAB is, it just works - and it works very reliably and without any load problems. (I love it!)

And as you see in the video that @hafniumzinc posted, openHAB is historically grown and yes, there might be better ways to accomplish what openHAB is capable of today, but instead of raging about the status quo that does not fit your needs, it would be helpfull if you contribute suggestions to make it better in the future (especially as a developer).

I saw the original post (I’m a moderator) but was not involved in the reaction to the post. Frankly, it was a trollish post and the post deserved to be removed. It was in all caps, showed no actual interest in an answer.

If a user comes creates an account, spends all of two minutes reading the forum and their first post is an all caps “what’s wrong with you people” type post, then it’s a troll post. We don’t know you you are. You’ve shown no effort to get to know the community, how we work, how the software is developed, the history of the project or any of that. So yes, I agree with the decision to temporarily ban further posts to prevent further trolling.

If you had even a little bit of history with openHAB and this forum perhaps your post would not have been marked as trolling since we would know more about you and where you are coming from. But you didn’t. You’re a stranger and, as Gaël said, came into our house and peed on the sofa.

And even despite that, you got some reasonable responses.

My guess is you created the account and wrote this one exactly in those two days which lost all data from due to an update misshap. Note, this is my guess!

The user was temporarily banned due to trolling and the original thread is hidden. Only maintainers and admins can see it (and perhaps skinnah and Bruce Osborne who bothered to reply to the original post).

I do believe that not agreeing with something and expressing emotions about it is as aggressive as peeing on something that belongs to someone.

Do you go into a stranger’s house for the first time and start “expressing emotions” about their taste in furniture and art and decorating sense? In most places in the world that’s considered rude. It’s considered rude here as well.

But again, this is not trolling! I wanted to start a discussion!

Then here’s your answer. 11 years ago when the openHAB project was started, given the goals, knowledge, and experience of the original contributors to the code, Java was a reasonable choice to implement openHAB on. Would the same choice be made today? Who knows? But at the time Java was the language chosen and there is absolutely no reason to throw out all the tens of thousands of man hours worth of work just because some users don’t like the language. You have other options (e.g. Home Assistant) if the fact that openHAB is written in Java bothers you that much.

JAVA is old, heavy and cluncky. Prove me wrong instead of banning me for trolling.

You are welcome to start a new green field implementation of something like openHAB. But I don’t think the developers of openHAB are inclined to throw away a decade’s worth of effort just to please a few Java haters.

I spent so much time with issues in embed applications with java that I got a somewhat averse to it.

openHAB is not an embedded application. The environments are vastly different and it’s unreasonable to expect experience with one to inform the other.

All in all I think you have your answers. To summarize:

If the fact that it’s written in Java is a deal killer for you, you should move to Home Assistant (Python) or Home Genie (.NET) or some other home automation platform written in a language you can abide.

I checked a couple out there, home automation “centrals”, “remotes”, “hubs”. As I said, I liked OpenHab a lot, don’t be mean! I actually believe that I said in the post where I complained about Java, but anyhow, home automation is the new frontier. Been around open source time enough to see projects come and go, not always nicely. I understand where are you coming from. Deciding the way to go is very hard.

Seems to me that this thread has reached the end of its usefulness.

That is assuming it was useful at some point in time.