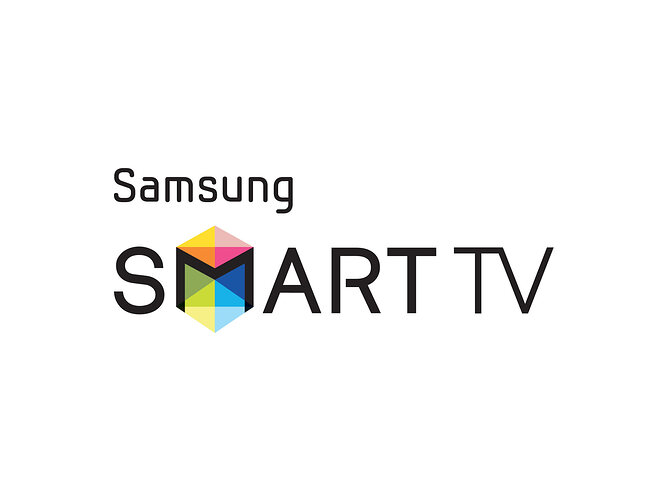 This is an updated version of the samsungtv binding. it has specific channels for Frame TV’s, but also has been completely re-written for enhanced stability and function. it supports all Samsung TV’s (not just Frame TV’s).

You must uninstall the original samsungtv binding if you have it installed.
You may have to load UPnP transport as well if you use the .jar file. From the console:

If you use the .kar file, it should take care of installing the UPnP transport for you, but the .kar file is untested.

This Release adds over 340 known app ID’s, which should be automatically checked on >2020 TV’s. Some bug fixes, and polling is now delayed 10 seconds on TV power on, and disabled on TV power off.

Added back two frame TV Channels that got accidentally left out.

Fixed creation of services after WOL. Should make power ON more reliable.

Increased websocket buffer sizes from 64k to 1Mb. Large thumbnail images should now download correctly. Thumbnails are now only downloaded if the ART_IMAGE channel is linked.

Changes requested by PR reviewers. Location of the custom app file has been moved from misc/samsungtv.applist to services/samsungtv.cfg. Please move and rename this file if it previously existed. Bug Fixes.

This PR is to update the samsungtv binding to better support the Frame TV. issu…es fixed #11284 and #11285 It adds 5 new channels specifically for Frame TV's. These new channels allow the art brightness and colour to be adjusted, plus the current artwork is given and can be selected. A thumbnail image is downloaded (of the current art), and a string interface to the art websocket is provided (so that additional commands can be sent). In addition it addresses the problem that >2020 TV's cannot launch apps because of an API being removed by Samsung. A work around for the problem has been implemented, restoring this functionality. This restores the function of the sourceApp and url channels. A new feature has also been added to allow connection to the Smartthings API, which restores the function of 4 channels which otherwise would not function on TV's >2016 (sourceName, sourceId, channel and channelName). The keyCode channel has been upgraded to allow: * KeyPress as well as keyClick * Chaining of key commands * Variable delays and keyPress/Release timing * Mouse move and mouse click commands * Text entry KeyCode timing has been changed to use the scheduler, in place of fixed delays, to make the binding more responsive. The sourceApp channel has been changed to allow the setting of slideshows on frame TV's. This channel now reports if art is being displayed or a slideshow (plus duration) in ArtMode, or the current app in TV mode. Blank if there is no current App displayed in TV mode (or the TV is off). The original functions continue to work as normal on non Frame TV's - there are no breaking changes to the interface. The documentation has been updated to reflect these changes, and explain in more detail how the binding can be used with examples. The binding has been tested on TV's ranging from 2012 to 2021, but only 7 models have been tested, so more testing would be useful, hence the [WIP] label. 2014 and 2015 (Models H and J) have encrypted remotecontrol websockets, so these models are still not supported. Signed-off-by: Nick Waterton <n.waterton@outlook.com> [org.openhab.binding.samsungtv-3.3.0-SNAPSHOT.jar](https://github.com/NickWaterton/openhab-addons/releases/download/v1.11/org.openhab.binding.samsungtv-3.3.0-SNAPSHOT.jar) [org.openhab.binding.samsungtv-3.3.0-SNAPSHOT.kar](https://github.com/NickWaterton/openhab-addons/releases/download/v1.11/org.openhab.binding.samsungtv-3.3.0-SNAPSHOT.kar)

To not irritate users, we do not want to have two bindings for the same devices. So please rename this topic and add a link to your pull request on github.

If you do not want to contribute your changes to the original binding, please remove the published tag.

I am not adverse to making a pull request, but there are extensive changes to the binding that need testing on users devices that I do not have access to.

Hence this is a beta release that has been tested on a limited number of devices.

If I remove the published tag, is it Ok to leave this, for testing purposes, before I am ready to make a pull request?

You can already make a Pull Request and mark it as [WIP], so you can add more commits during tests. Removing the published tag will make it invisible for others.
And please remove the „enhanced“ from the title.

I have tested your Beta on a SamSung UA75MU7000. The discovery and UPNP seems to work. Controls for OH are not working. Also had similar issues with the official version of the binding.

The TV does not prompt for accepting the connection to the device despite a message in the log file. Tried deleting all device entries on the TV device list and also deleting and rediscovering the Thing in OH. The channel/point values for volume and power get update Ok from the TV but controls for OH don’t work. Log File is attached.

What year is your TV?

The reason most things don’t work is that the remote control channel is not getting authorized (on the TV).

Different TV’s have different ways of authorizing remote control. You may have to enable “Remote Control”, or “IP Remote” on the TV (my settings are in “Network”, “Expert Settings”), also “Power On with Mobile”. You may also have to enable “Access Notification” (I have mine set to “first time only”).

The TV should show a pop up window asking you to authorize OpenHAB as a control device. You have to accept this connection, and you only have 30 seconds to do it.

Without this authorization, most things will not work.

Checked the settings. I don’t have have “Expert Settings” in the “Network”. Other settings look OK, “Access Notification” is “Always On”.

Are you connected via WiFi or Ethernet cable? looks like it should work, if you can get it to authorize somehow.

The only odd thing is “networkType”: “none” and”wifiMAC”:”none”. Not seen that before.

I am connected via Ethernet cable.

Which port/connection is selected? I’m thinking it should be “websocketsecure” and 8002, but this is around the time that samsung switched, so “websocket” 8001 might be right.

If I remove the published tag, is it Ok to leave this, for testing purposes, before I am ready to make a pull request?

Yes - sorry to be the party poopers here, but taking an existing binding, making changes, and republishing it on the marketplace advertising it as “advanced” or the like is something we decided we don’t want to allow on this platform. If your intent is to allow beta testing your changes while they’re awaiting review on the original binding, then it’s fine but alternatives of official bindings are not allowed. Hope you understand our rationale.

I power cycled the TV (I have tried this may times before) and it prompted to allow the OpenHAB connection. It appears to be working now.

The port/connection is 8002 and Secure Websocket. Also now have a Websocket Token.

There appears to be an issue when Power ON uses WOL, the state of the Power channel does not change to ON, stays OFF. Please see the samsung.PowerOn.log file.

Hi @Nicholas_Waterton, also found that sometimes the RemoteController is not connected and KeyCode commands fail.

A few minutes later it works

Thank you for the detailed logs. Looks like I have some bugs to fix.

The basic problem is that your TV seems to have both the UPNP remote controller and the websocket one.

The binding is flipping between the two (but the port is wrong for the UPNP controller).

I hadn’t considered that a TV might have both methods available at the same time.

I will update the binding tomorrow.

@JamesC ,
I have updated the binding, hopefully this will fix the problems you have been seeing. Please give it a go, and post your logs so I can see if it worked.

Your logs have been very useful! Thank you.

@Nicholas_Waterton,
Thanks for the updated version, it seems to be working fine. Please see the log file.
samsung.log (761.4 KB)

Let me know if you have any other issues.