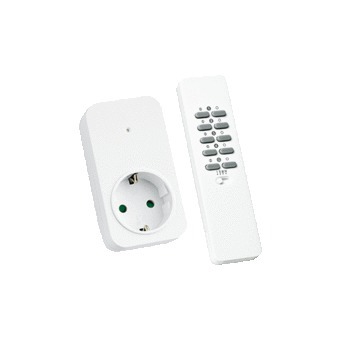 I’m using a AYCT-102 remote control, in combination with a ACD-200 wallplug-dimmer. After some strange kind of ‘programming’, I’m able to put the connected lamp off by the off-button on the remote control. When I put it on with the on-button, the value of the lamp is going to some kind of pre-defined value.

At this moment I’m controlling everything with the remote control, but I’m thinking about buying a RFXCOM transceiver.

I have a question which I cannot find an answer for, not even after quite a long time of Googling so I hope you guys can help me;
When I decide to buy the RFXCOM, I want to be sure I can control the dimmer by a ‘normal slider’ in OpenHAB (send a direct value to the dimmer instead of recalling a pre-defined value)…
Does somebody know if this will be possible?

I’m not certain as I don’t use RFXCOM but I’m pretty sure this should be possible.

Hi Yes it is Jaco, I’m using it with some wall-dimmers and also a ACD-200. I can switch it, dim it with a slicer and it recalls the last value when I switch it.
KaKu works fine, with any RFXCOM firmware. Tip: wan’t cheap switches? buy some promax / intertechno switches at the “action” store in the Netherlands. also works fine with RFXCOM (no dimming!).