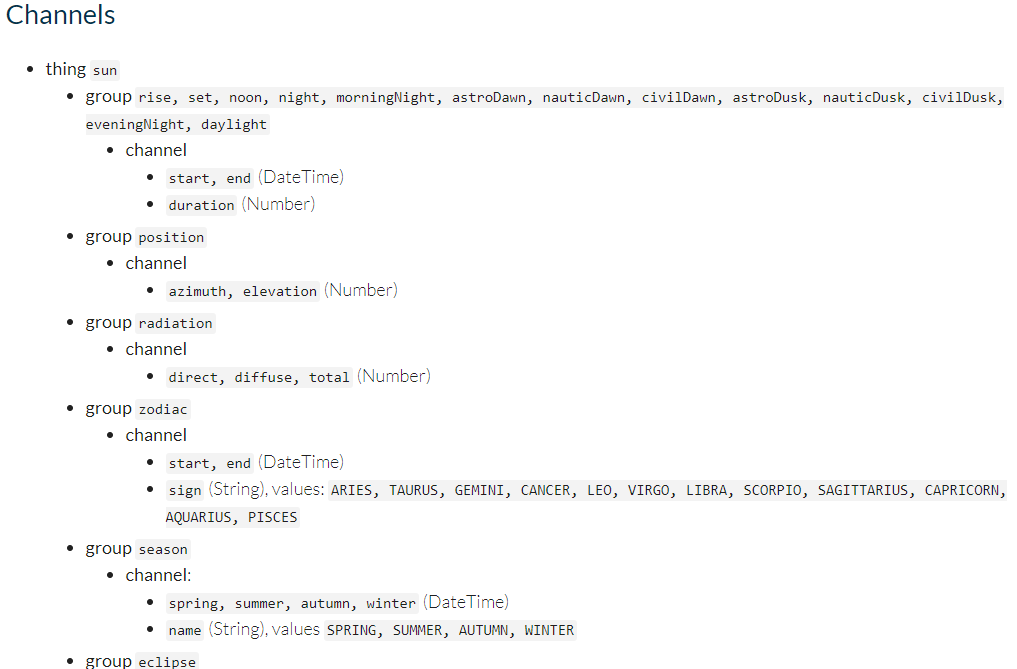 However, in the PaperUI properties for Local Sun I see no such group: 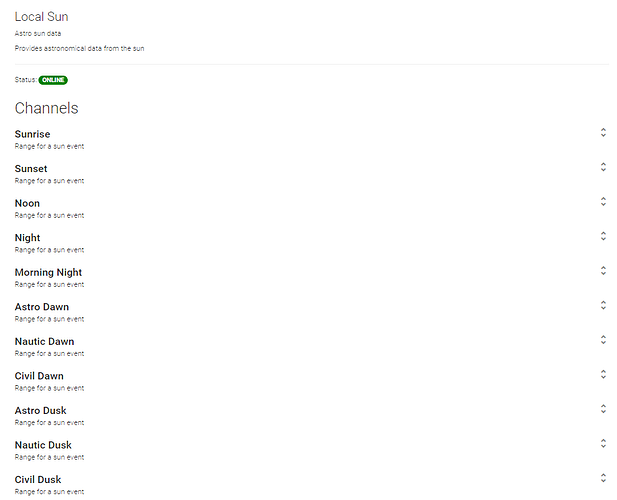 All the other group are there, the only one missing is the Radiation group…
Is the documentation wrong?

I have that group:

Solved by removing thing Local Sun and re-adding it…

In this case you had Thing “Local Sun” and have updated the binding.
In case of a change in the channel(s) of a binding, those changes will only be observed on things that are created with the updated binding! I observed the same on other bindings.