Here’s what I have: 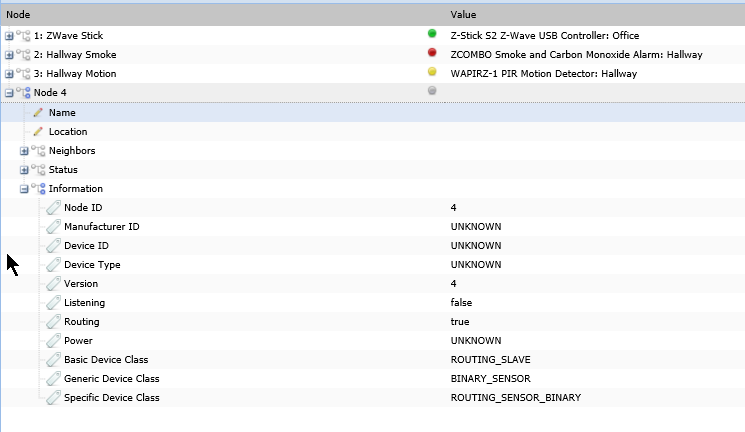 This is the network: 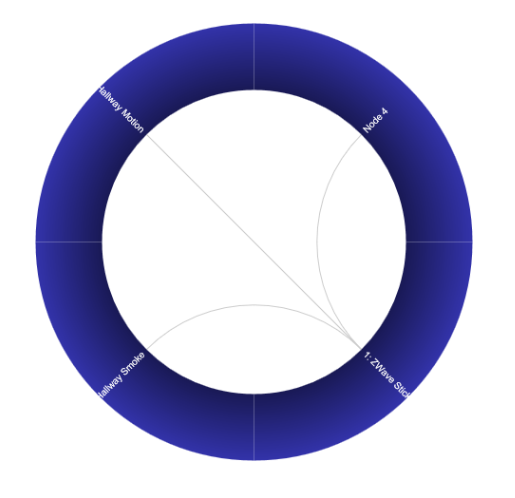 None of these devices are actually installed yet. They are all in my office within several feet of the controller.

I understand that they will turn grey and not report in while sleeping, but then the device will loose its name and I can’t name it. Like in the case of Node 4, that’s a door contact and was named Front Door Contact. It is still working properly but when I try and set the name I get [ERROR] [.z.i.config.ZWaveConfiguration] - NODE 4: Error in doSet - no database found

What does yellow mean on Node 3?

Is there a better choice for a controller?

After sitting for several hours this morning it has reconnected on its own:

And I’m able to name it:

Node 3 is still yellow, whatever that means…

Battery devices need often time to be initialized - depending on their wake up intervals. You can shorten the procedure by manually waking them up - e.g. several triple clicks on the tamper button of a Fibaro door sensor.

Thanks for the reply.

Yes I understand that, but what had happened was they were there, all of the info appeared, and then it disappeared and was gone for a couple of days. And then it reappeared on its own…

That’s why I wonder if there’s a better controller to use?

Today I added two more door contacts and will physically install them all this afternoon.

This has continued to work properly without any intervention.