First let me say that I’m a big fan of my Sonos hardware. I currently have 8 zones in my home and we use the system quite regularly. I have been a beta tester and provided in depth feedback on new products and have championed their brand to many over the years.

With that said, their new policy (and I consider it a policy after they have made this decision twice) of arbitrarily killing a product I purchased with a software update reprehensible. When I purchased the product - there was not a “time period” on the box of stating how long the product would work. I did not lease the product, I made a purchase - which is perpetual.

If you are not familiar with what I am referring to - Sonos has arbitrarily decided to kill two of their products which consumers purchased at retail - this was all done with a virtual “kill switch” if you upgrade to the latest version of their software (and there is no going back) your purchased hardware will cease to function - boom your investment just went in the trash. I’m not one to think that we need the government involved any more than it has to be - but some type of consumer protection that prohibits this practice or provides for a redemption program if this happens is necessary.

One of the Sonos forum moderators recently made the following comment that should scare the living sh!t out of you…

We will continue to support these older devices to keep music playing on them for as long as we can while continuing to develop new features, software, and hardware

So as an owner of the original ZP-80 and ZP-100’s does this soon mean they will kill a portion of my home audio system soon?

I know I can choose to not update my software and continue to use the system as it is…but SONOS makes it difficult…the way the software updates are posted on their apps it looks like you MUST upgrade to use the system. What if my wife or son uses the system and thinks they need to upgrade (yes, I know I can block their servers) this to me is fraud…I purchased the equipment with no known expiration period - if I had known the product had a limited lifetime, I may have gone another route. 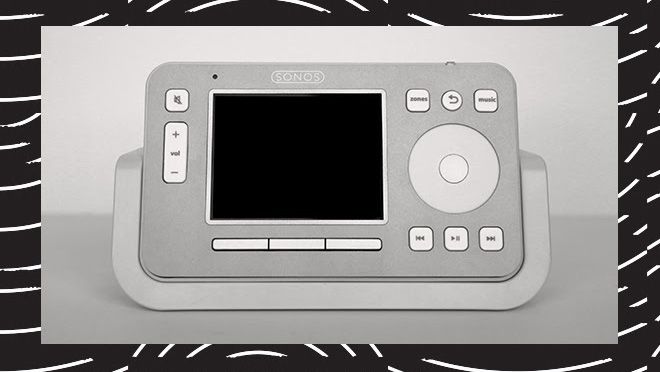 The smartphone app takes over 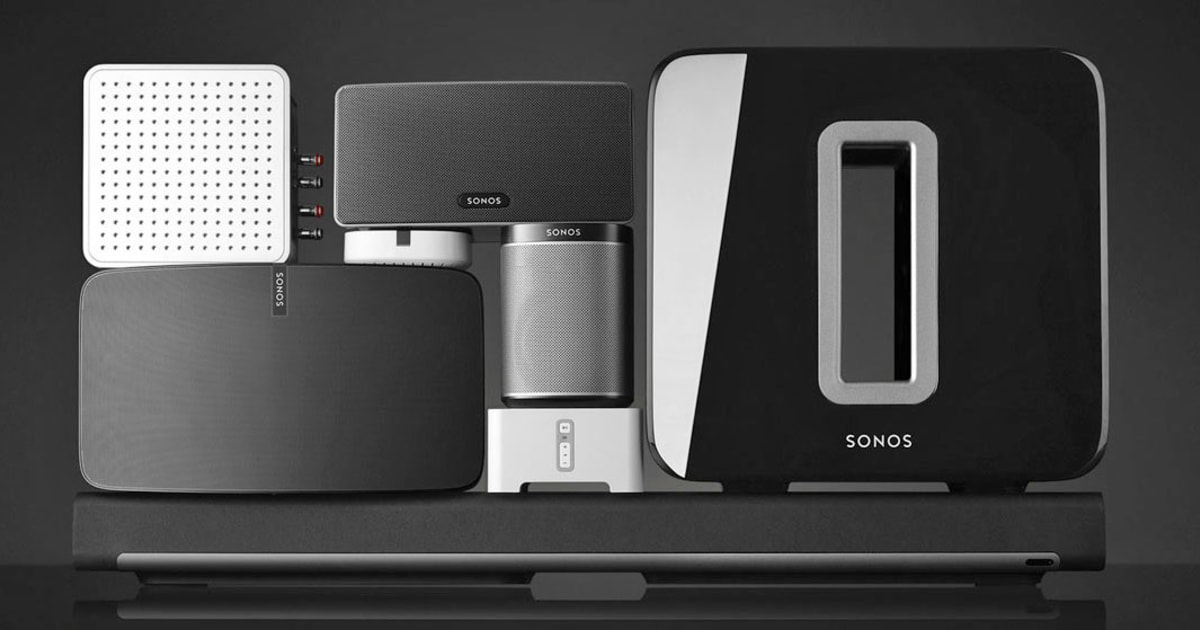 Sonos pares back its desktop app as it prioritizes mobile

The update brings the desktop software in line with the Sonos mobile apps.

I’ve just had a phone call from a client to say that all 11 of his Sonos are no longer controllable from his Velbus installation, via OpenHab2 bindings & protocol translation in rules.

Just because he too thought that “he MUST update the firmware” because his Sonos app told him too.

Thankfully, I didn’t sell him the Sonos, but I do feel bad for him.

Dare I say, Squeezebox for life! Logitech may have mangled the hardware side of things but the software was already open source. DIY Squeezebox projects abound.

If Logitech would have been able to kill the squeezbox completely, they would have.

Logitech is the master of killing hardware by needlessy removing software support.

@KidSquid It’s called planned obsolescence, I call it their way to stay in business. Here’s a link, dealing with apple’s cell phone batteries, you may find interesting. https://www.lawtechnologytoday.org/2018/01/planned-obsolescence-lawyers/

I’m afraid the days of quality products lasting 10+ years are gone. I don’t like it or agree with it, but I understand why it happens. Think about the Maytag man, if everyone bought a Maytag that lasted 20 years, how many jobs would be lost? How much profit would the company miss out on?

Personally, I think it’s all about the MONEY. Hopefully something similar, to the link above, will happen everywhere and include software/firmware support.

Agree.
I have an old Motorola tablet I use as my nightstand clock/radio/openhab control thing. It has an old version of android which due to obsolete hardware can no longer be upgraded. A while back I made a mistake and let the Sonos app get upgraded on that tablet. Lots of functionality I used to have disappeared.

I have an old Motorola tablet I use as my nightstand clock/radio/openhab control thing. 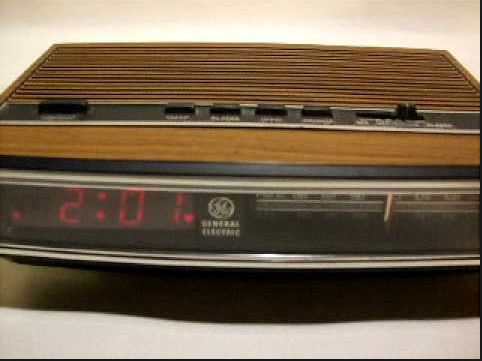 Over 25 years old and not a single let down (that I can remember,

Ok, I;ll buy that for the sake of discussion. But the issue is, if it’s “planned” the consumer needs to be made aware of this plan at the time of purchase. It’s not that the hardware has failed…it’s the greed of the company deciding to render all of their customers purchases inoperable in one fell swoop.

Imagine if Ford, Mercedes, and other automobile manufacturers tried this…every year there’s a new model of the F-150 truck or the E-350 sedan. So we would be OK if Ford and Mercedes turned on a software switch that rendered our cars unusable? If I was leasing the product fine - but when I purchase it…it;s up to me to decide when the product is no longer suitable for the use in the manner I choose.

I;ll buy that for the sake of discussion.

Not much to discuss, I agree with you on all points.

But the issue is, if it’s “planned” the consumer needs to be made aware of this plan at the time of purchase.

I agree again, like the warning on tobacco products, except your not risking cancer but money and time.

So we would be OK if Ford and Mercedes turned on a software switch that rendered our cars unusable?

No that’s not OK. I stated, that I understand (or can see why) why companies may do this, I never said it’s OK or that I agree.

We’re on the same page here. I’m glad you created the topic and hope others will join to voice their opinion.

So we would be OK if Ford and Mercedes turned on a software switch that rendered our cars unusable?

This is the major thing that makes we wary of Teslas. They can reach in and mess with the software in the car you bought at any time.

But it isn’t just Teslas. See:

I’ve seen other news reports I can’t find now where dealers will sell a car and if there is some dispute later on just flip the kill switch.

Your simile is not that far off from reality unfortunately.

It was a long time since I gave up on the Sonos forum, and especially the moderators, so I’d take something they say with many grains of salt (I would use a harsher language about them if I was discussing this issue in private) but if my ZP80/100 gets obsolete, I will abandon Sonos altogether. Forever. I thought it was bad when my CR100 where killed off, but I could accept that. But I do not want to take further part of this vaste.

I hope that the open source alternatives will take lead in this case, and I will then not update my Sonos anymore, which I can accept. This obviously also mean that I will not be able to upgrade/add new units, so in reality it is the same as abandon Sonos for new purchases.

For me, the continued support of existing/old hardware has been my number one prio, and I have always given Sonos a Gold Star for doing this. Yes my first 100 is probably something like 14 yo now, but I’m still satisfied with it.

I think that this will be the road to slow death for Sonos, should they enter it. Consumers are not stupid. Event discussing this in a forum is just showing how stupid the moderators are.

Is there any official message apart from the mods?

I am also a former Sonos beta tester and ex forum moderator. I have visited them in Boston and had first access to many of their products.

I stopped as a moderator some years ago. I watched the company change from a very much user driven tech innovator to a venture capital managed firm that wanted to be in all the big box stores. Several useless features started being pushed against the advice of pretty much everyone. Like tweeting from the Sonos controller. They also did some things right, like developing an API for music services, free to join. That put them firmly in that market. With the new Play series of hardware, the shift away from being user driven to more market adapting became obvious. In their quest to dethrone Bose, they made their products more like Bose, in my opinion to the detriment of sound quality. Everything started to sound from the factory like a Beats headphone, one had to tone everything back to more neutral sound, and feedback asking for more neutral sound was no longer honored.

I am now also ignored as a beta tester since I shut down the data uploads to Sonos in my router as well as the firmware upgrades. I am still at 8.3 and plan to stay on that version as long as my music services will work. This is however something only possible with deliberation and planning. As soon as one player upgrades, there is no going back. Same for buying new hardware. So that is not really a practical alternative for someone that is not familiar with the system.

I used to be a very strong advocate for the system, and certainly have promoted a lot of systems into people’s homes before they became a staple audio brand. Right now, I am not advocating the system as much any more, especially because of the data uploads, mandatory accounts and the planned obsolesence of the devices. Yes, I had one of the first CR100s from the fall of 2005, so it was more than 10 years old before it was killed. But it cost a dear sum, about $400 if I recall correctly. It has been in feature freeze for a long time already, that was acceptable. Deciding to no longer support it was not. Smartphones started around 2010. Every single customer between 2005 and 2010, the ones that built the brand when the future of the company was not clear cut, was affected by the decision to drop the CR100. Many were caught off guard, and for a few friends I was the one that could bring them the bad news after they had updated and found their controller malfunctioning.

I am not abondoning the system, I am happy with the functionality, and only had a Zoneplayer fail once, which was replaced, in 13 years. And I have a lot of them. But I am no longer on the upgrade bandwagon, I will maintain the feature freeze as long as practical.

If you’re in the UK look up the sale of goods act, particularly for electronic goods (try the “resolver” website, very handy.)

Goods have to be fit for purpose for a reasonable amount of time in line with the expectation of the consumer.

This is intentionally subjective and biased towards the consumer, not the manufacturer so I would expect you to be covered purely by this act.

I’d also expect this case to come under some sort of other law, maybe hacking? Deliberately causing damage, where the damage is making a working device fail, with intent.