Hi I am trying to build a few heat sensors for my house and hook them up to openhab installed on a raspberry pi.

I wanted to know what chips and sensors you would recommend. I want each sensor node to communicate wireless.

Also do I really need a hub to communicate with all of these or can I use them to talk directly to an mqqt server?

I would also really like to know the best place to buy an esp8266 or arduino as I dont want to buy knockoffs or broken chips. I noticed some places like amazon sell arduinos for 25+ wheras you can buy them from some electronic shops in china for $6-$10

I hooked up a DHT22 to an ESP8266. I used a LinkSprite LinkNode (http://linksprite.com/wiki/index.php5?title=LinkNode_D1). I used the Arduino IDE to write the code and simply sent the data to an MQTT server with the same topic that OpenHab used to monitor state updates. It worked fine.

There is another option I’ve been thinking about …it’s the Particle …www.particle.io … a real kick ass solution to wireless communication to devices …they use the same ide (ish) is the Arduino but is over the cloud to program …I’m finding it much easier to tweek my programs …it’s a $19 dollar board with. The same capabilities as an Arduino …7 digital inputs/outputs and 5 analog inputs outputs …I’m at present developing g a board that can take 120 volt ac input for a 6 amp dimming circuit and powering the device …2 relays and 12 volt dc back up circuit…(in devellopement )… I’ve also been exploring other temperature sensors …the DHT 22 and 11 keep failing …I’ve ordered the 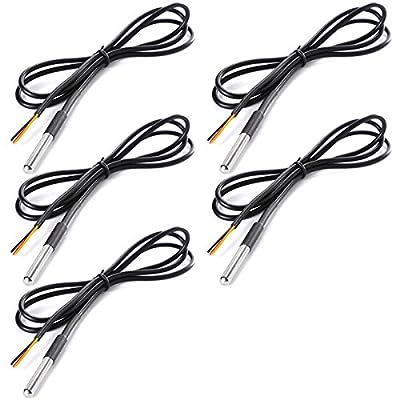 Will post how they work once I get them

I’ve used those too except not the waterproof version. They work OK. I found these and the DHT22 to be comparable. DHT22 worked within its specified tolerances for me.

You can get it done with either an Arduino running MySensors or an ESP8266 running any number of things.
You’re goals and expectations are going to determine which one is the better option.

Either one will be wireless, but if you want something battery powered the ESP will be a poor choice.

The ESP’s strength is that it’s a standalone unit with networking that’s ridiculously cheap. It’s also very simple to set up simple sensors and such with something like ESPEasy.

MySensors takes a little more investment to get started since you have to have a gateway to pass communication between your nodes and your automation software (or yourself). If you want battery powered, the NRF24L01 or RFM69 radio modules typically used in MySensors nodes are some of the only viable options for DIY. It also means that many less Wifi devices causing congestion on your network.

Depending how DIY you want to go for, there’s also something like http://wirelesstag.net.

I use half a dozen or so of these at home, and though I also tinker with arduino etc, I have to say these do a great job. The sensors are packaged units with a (mostly replaceble) button battery that powers them for a few years, and all sensors (motion, water, etc) also take temperature and sometimes humidity readings.

They integrated easily with my OH1.8 install, though I’ll need to ponder OH2.0 as they killed the GET requests system that is all these tags can do for events.

Only gripe I’d have with them is while their events notifiers (e.g. motion, too cold, too wet) can call a local server, you can only retrieve their temperature etc readings from their cloud service, after their sensors have sent the data in. 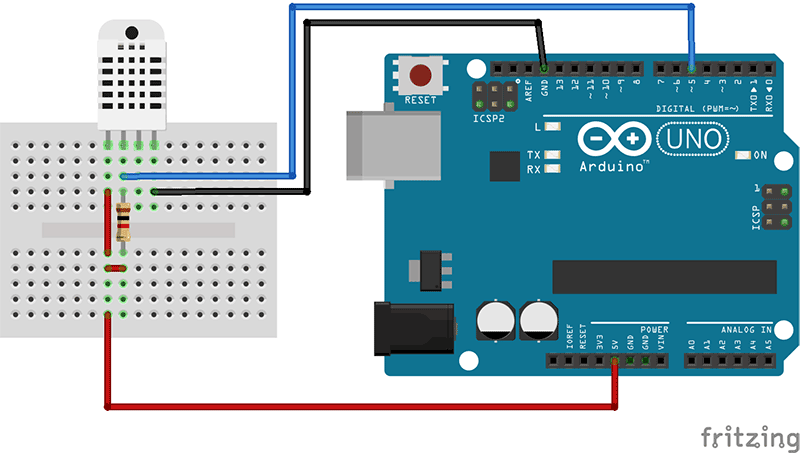 Ignoring the fact that this is an Arduino, this is how mine is hooked up with said resistor. Never had a problem with it.

Thabks everyone for your advice. What resistance resistor are you using?

I believe it was a 4,7 k Ohm that I used but check out this page: https://learn.adafruit.com/dht-humidity-sensing-on-raspberry-pi-with-gdocs-logging/wiring.