Ok, TBH I don’t really have nice pictures of the hardware.
Nevertheless i want to tell you about my automation -

Currently i have a raised bed that is being watered automatically depending on the current weather forecast in combination with the soil humidity.

Weather forecast is nothing fance - just Weatherunderground binding.
The “fancier stuff” is the sensor that is constantly measuring the soil moisture.

Hardware for the sensor:

Since I do not want to run into too much battery drain, i’ve decided to remove the power LED and the voltage regulator from the arduino, as described e.g. here: http://www.home-automation-community.com/arduino-low-power-how-to-run-atmega328p-for-a-year-on-coin-cell-battery/

In order to have a constant power supply, i’ve decided to use a 18650NiMh Battery that is being charged via an additional IC that managed the charging current and also has an output where I directly can connect my Arduino.

Most of the time, the arduino is in deep sleep. It wakes up once in a minute, and transmits the sensor readings + battery voltage vie 433MHz

Hardware for the receiver:

The ESP reads the data from 433MHz and sends them to a MQTT broker.

Openhab checks the soil moisture and depending on some states (uper/lower limit, time of day, season, weather forecast) it will open a Valve that is watering the raised bed.
To avoid turning your garden into a swamp, a few things have to taken care of:

This is maintained by a bunch of rules - of course to be more save it also would require to measure the water flow and have a second valve to close if the first one fails for some reason.

The result of all is logged into influx and I have a chart for displaying it:

Sorry for not having pictures yet. If you want i can post some later. I’m taking the sensor inside during winter

Thats pretty awesome…
But how does it look is it´s dark outside and light inside?

Please do, this is after all an exhibitionist topic

You reminded me of my previous built of a water leakage sensor, using arduino and MySensors library, a quick’n’dirty sensor made using 2m long thin ribbon cable from ebay/aliexpress ($2-3) as a leakage sensor to monitor thumble dryer. Sometimes baby would take out the rubber on the doors, or I would not connect the condenser properly after cleaning and it would leak quite a lot of water on the floor.

Almost invisible under the appliance 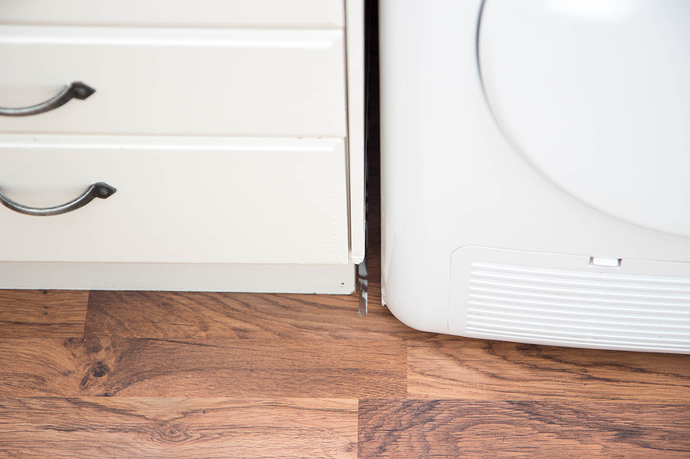 For the sensor/contact itself I “polished” out the insulation on the ribbon using dremel polishing bit every feww centimeters (it is very easy to damage the copper line, so if you plan to reproduce this one, test with few bits). It looks ugly as hell but it is under the dryer so… functionality beats aesthetics here by far. 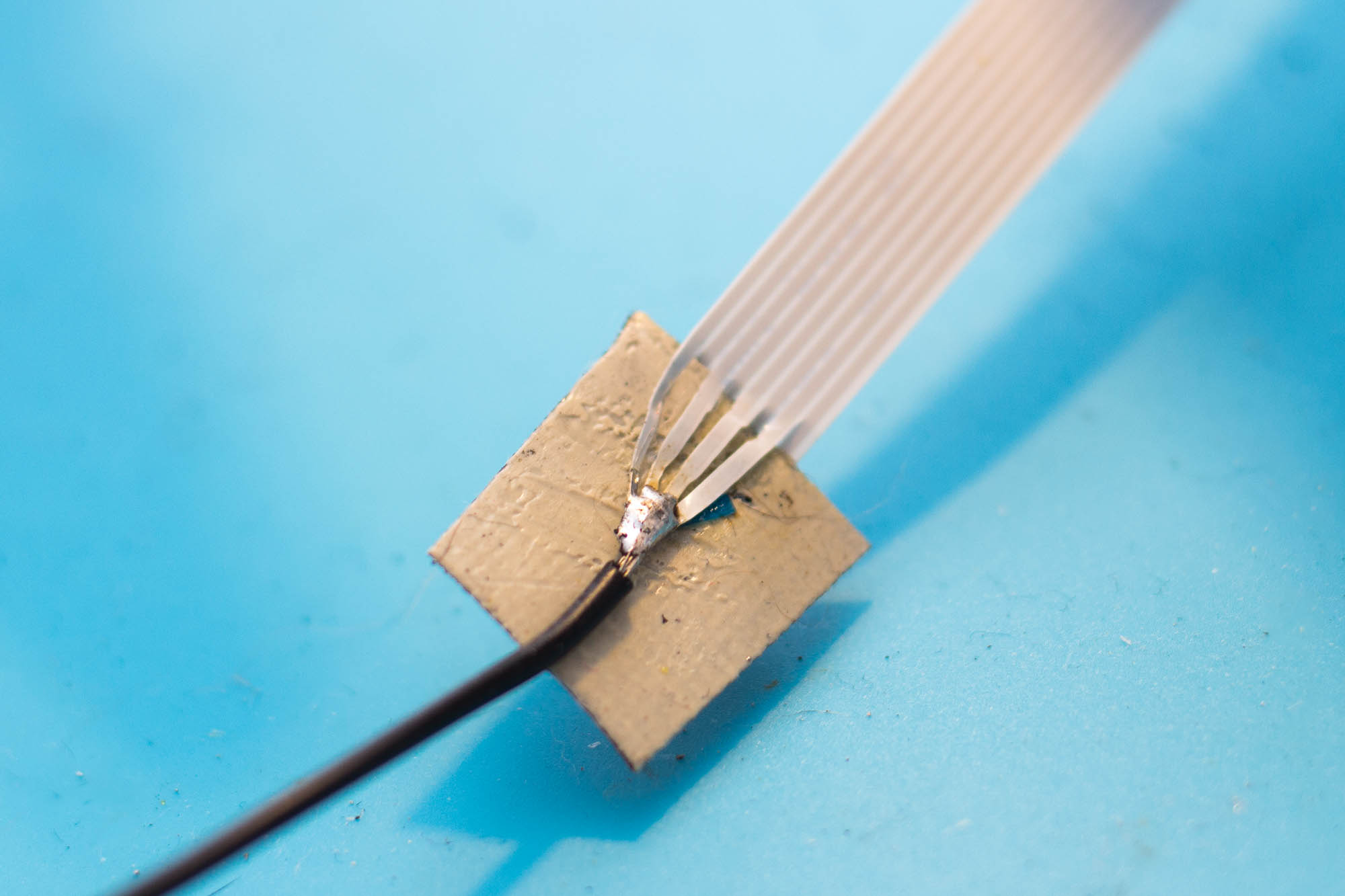 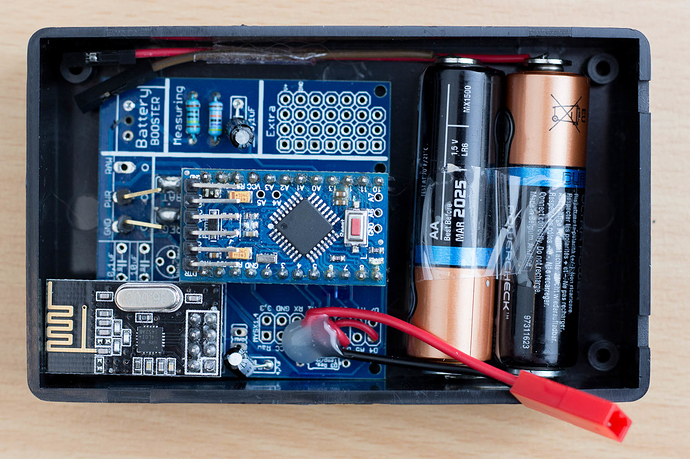 I connected every second line with one contact, and every second with second contact, which gave me a sensor that would detect smallest drop of water (probably not needed but…).
It has been working reliably almost a year now, with batteries holding almost one year.
Then made same for water heater 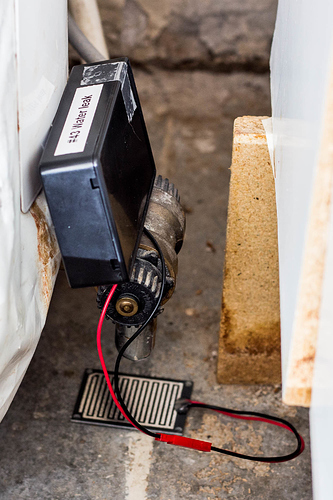 Similar commercial sensor costs around 150e here, I built this for about 7e. Saved quite some money, just never got it back from the administration (wife)

Yes I like to do an project like this can I see. Would like to know if you got a wright up on it too. I’m just learning so would need to follow something.

Hi Dakipro,
nice looking. What sensors are behind the water tape? I have a camera too an use the stream url from this, but my is not viewing on chrome and android on 8zoll tab. Which Element you use for the View, or is it just a Screen? Thx

Finished(?) working on a new revision of my breakout board today: 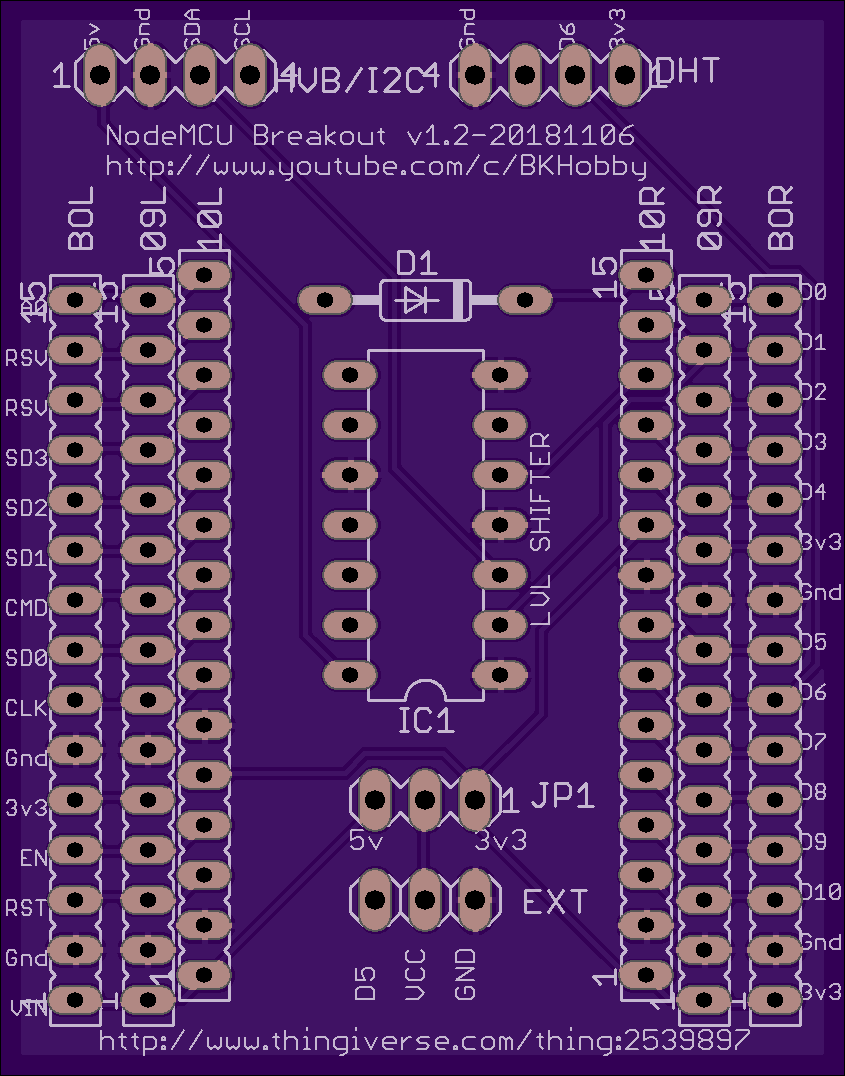 This has been on my todo list for a while, but this post/my response to @rlkoshak above motivated me to take care of some issues I’d been wanting to fix for a while, e.g.:

Kind of hesitating on hitting “send” to the fab, wondering if I’m missing something else (it’s hard to work around the different requirements for GPIO pins on these NodeMCUs)…

Happy to get any feedback before I lock it down

Left to do
Charts for Solar info and Cloudiness (in weather info)
Charts for Rainfall
Rules to look at Rainfall and to water or not to water with MK Sprinkler System.

BK @bartus think you can do and video on charts.

@adtwomey - Charts are pretty simple (at least the basic charts). just look at this example:

That should get you started

I could do a video on that, but I’d like to wait until I learn Grafana and can do one on the pretty charts you can do with it

That’s the open I was talking about.

I may walk 1st

You may beat me to it

I build a little bedside display unit that shows info from mqtt topic.That way I can change the info displayed any time. Build it with a wemos and nokia 5110 screen. Added a ldr to controle the backlight , a temp sensor and two switch inputs (I had the extra gpio ports

) Currently I switch bedroom light but can be changed via node red. 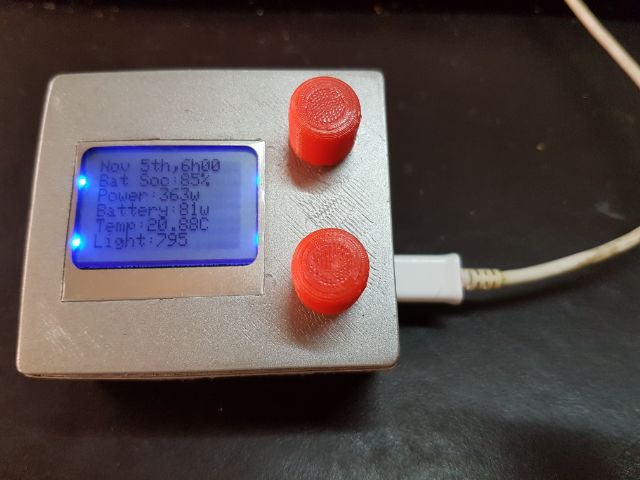 Working good with weather. Have made another one for solar. Also 2 esp 32 came today in the post.

Hi Dakipro,
nice looking. What sensors are behind the water tape? I have a camera too an use the stream url from this, but my is not viewing on chrome and android on 8zoll tab. Which Element you use for the View, or is it just a Screen? Thx

No sensors per se, in essence the arduino is measuring resistance between two pins (imagine as if pins are extended by the ribbon tape (i think this is 2m long arduino camera ribbon tape, f.eks. https://www.ebay.com/itm/New-50cm-Ribbon-FPC-15-Pin-Flat-Cable-For-Raspberry-Pi-Camera-Module/251651383220?)) and every two minutes sends the state to the MySensors controller->mqtt->openhab (it actually sends the state only if resistance is low enough to save battery). You can read more about the code (that I borrowed) and other technical details on mysensors forum https://forum.mysensors.org/topic/7736/water-leakage-sensor-using-thin-ribbon-cable-testing-reliability/7

Hello Jürgen, nice graph. What are your plans to use the smart features of Viessmann? Are you e.g. able to record the energy consumption?

I’m now finished with my SVG-Habpanel UI.
All Lights are clickable. The doors, fans, the garage door and the shutters are animated. 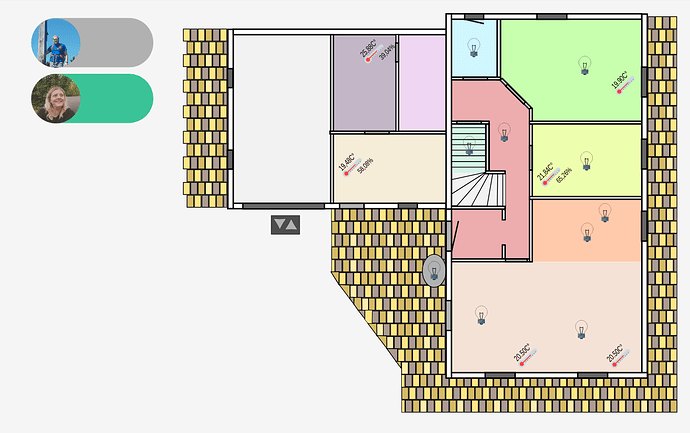 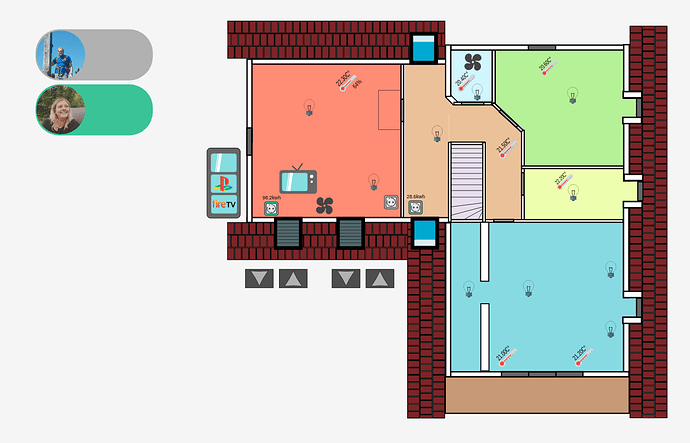 Still learning but so far so good with lots of help on this forum thank you guys. 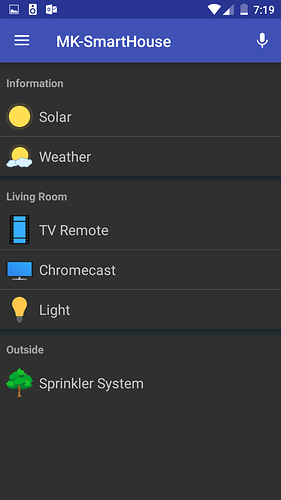 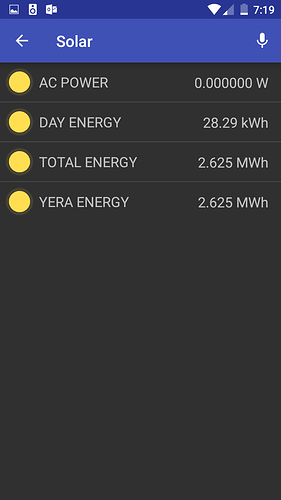 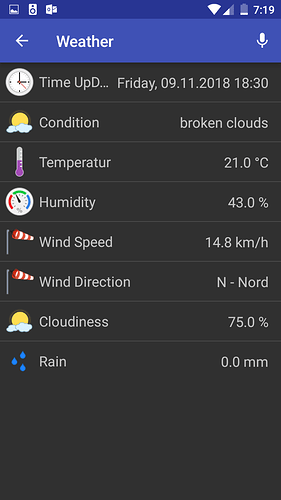 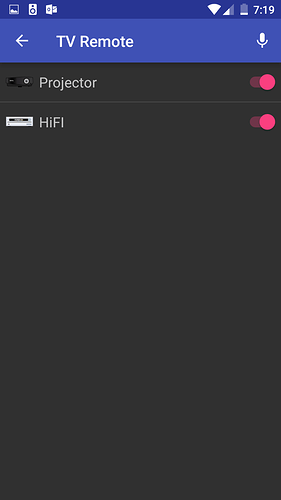 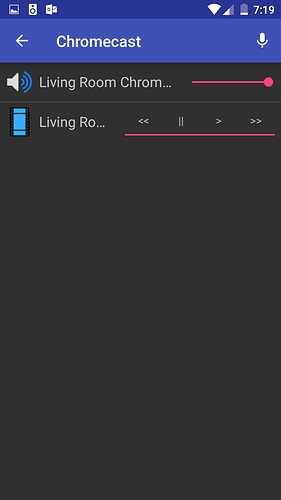 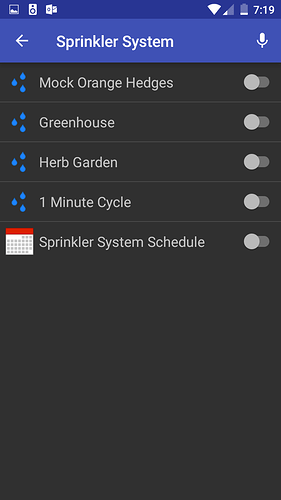 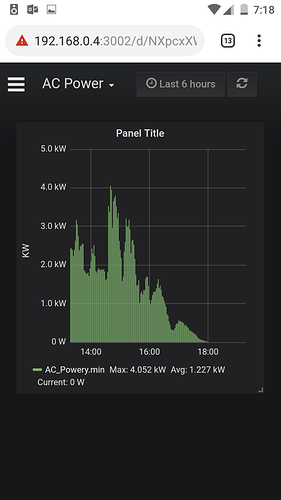 Oh also have 2 Google homes.
P.S will like to add some things like a scene -movies that will check if the projector on and check if the hifi is on and turn all the lights off but one with a light blue.