To be honest, it’s literally as ugly as can be.

Have you seen my old Wunderground tutorial? And I had the advantage of an API.

Curl and REGEX is perfectly fine and it might help some some users how they can scrape websites that they may not have considered possible. I’m actually not aware of any web scraping tutorials on the forum yet so it would fill a gap.

For some areas, Accuweather is more accurate than OpenWeatherMap or DarkSky and Wunderground has closed their free API.

Do you remember that you helped with break apart a BBC weather RSS feed?

As an example, here’s the RSS URL for New York city.

All the instructions for the BBC RSS service are here - https://www.bbc.co.uk/weather/about/17543675

All you need to do is get the number code from the end of the URL once you’ve searched for your area / location on this page - https://www.bbc.co.uk/weather/5128581

@bulletprooffool I would like to see some photos of mentioned screen and displays and images on the watch and… well, everything

I actually don’t have that much of a problem with OpenWeatherMap myself. I really only care about the current temp and current humidity and current cloudiness in my home automation so the rest isn’t important to me. But others might need more.

The big thing is it would be nice to have a web scraping tutorial on the forum. The fact that it’s Accuweather is less important.

I use accuweather because the minutecast live’ info is eerily accurate around my house (it really is crazy how spot on it is around London!)

For now, the scrape is literally an exec binding job like this:
/usr/bin/wget -U Mozilla/5.0 -q www.accuweather.com/en/gb/london/w1u-1/minute-weather-forecast/53870_pc -O -

The Mozilla header is because my request started getting denied without that. I try not to poll the update too frequently, I’m downloading the full web page each time.
They do have an API… but I’m too cheap to pay…

With a simple regex transform as follows:

([\w| ]).) - to extract the strong that shows what the current short term forecast is

The output is bound to an item which I track to run a rule.
The rules parses the text field, and makes decisions any time the value changes:(with a lock, to prevent too many updates within a certain period and a check to make sure I only get alerted during certain hours… don’t wake me

I’m on a phone right now, so fetching my poorly written rule is painful, but it’s just some if statements contains regex matches like:

Also I have a check for ‘no precipitation’
And finally one if none of the above lookups are met, triggering an alert that a non standard value appeared in the output - so I can amend the regex lookups.

In two days, Itead will be selling the Sonoff Mini that is also meant to build into a wall socket. Cheaper than the Shelly

ys, Itead will be selling the Sonoff Mini that is also meant to build into a wall socket. Cheaper than the Shelly

Do you know if the firmware on this will allow us to drop tasmota without soldering?

Great. I’m gonna check that out

Thanks! Post it as a separate thread in Tutorials and Solutions and it will get more notice.

ALL REGEX are crappy and poorly written. These are just fine and honestly, refreshingly easy to read.

ok so bought allot of 433 door/window sensor, but even with the cheap price its seems overkill to put on each window (two some for some windows)
how can we improve? 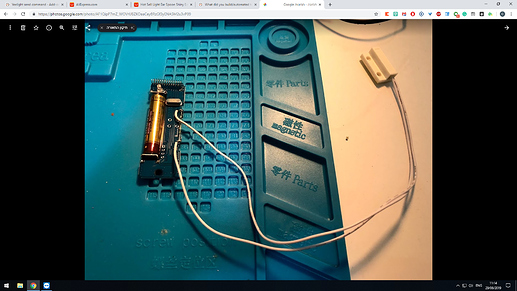 i found out that you can connect a bunch of them to the same sensor
the addon is something like 0.50 cents
, so where i have a number of windows, that i don’t really open something like roof windows, it can be really helpful for alream systems ,it will help me for sure
cheers

Same enhancement done here but I opted for a mechanical switch and attached a short screw and a roller. Here is a picture. Working well for over a year 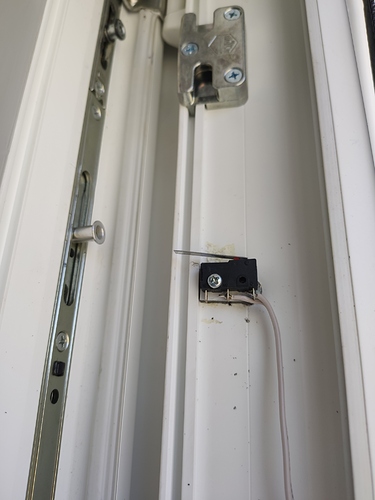 Finally some tiles over the kitchen bench:

If you’re going to do something, do it BIG

Do I dare show the picture of your kitchen to the client I’m working with currently… Ummmm ???

Can they be wiped down? i.e. can I use them as a splashback (well) behind a stove?

That is GORGEOUS. You’ve given me an idea for the kitchen in the new house I’m building :-).

wow just wow can you do a video