What is the better choice for OH: Raspberry Pi Zero W or Orange Pi Zero 512

What do you think what board will be better to OH to work with?
I don’t plan to have many sensors or something like that. I have Sonoff Zigbee Bridge and 5-6 Sonoff Zigbee sensors planned to work with OH using Zigbee2MQTT, and plan to work with myopenHAB too (for remote monitoring).

None of these are good choices because they do not have enough RAM.
Frankly, do yourself a favor and read the docs before you proceed.

I understand that Orange looks better “on the paper”, but we use openHABian on Raspberry and Armbian on Orange. Are there some perfomance differencies between this two OS, or not significant?

There’s no significant performance differences but there’s huge differences in compatibility, applicability, testedness, width of use and knowledge.

So go with the Raspi to be able to use openHABian.

None of these are good choices because they do not have enough RAM.

In that way, most significant hardware value for OH good working is size of RAM?
Just now for my curiosity I running Phoronix Test Suite for testing both of boards.

There’s no significant performance differences but there’s huge differences in compatibility, applicability, testedness, width of use and knowledge.

So go with the Raspi to be able to use openHABian.

In other words openHABian is better in compatibility that Armbian?

In that way, most significant hardware value for OH good working is size of RAM?

Yes you need a minimum of 1GB.

In other words openHABian is better in compatibility that Armbian?

Yes, that and in several other dimensions.

I would suggest to go w. 2GB at minimum. I am running OH3 on a Rasp 3B (not with openHABian) + mosquito mqtt + PiHole and a few other processes, and I’ve noticed more and more memory constraints lately. OH3 definitely consumes more memory than OH2.

They have never let me down.

I use the Debian based DietPi OS, which is super easy to install.

Followed by a quick manual installation of openHAB.

This video refers to OH2, but the same principle applies to OH3. 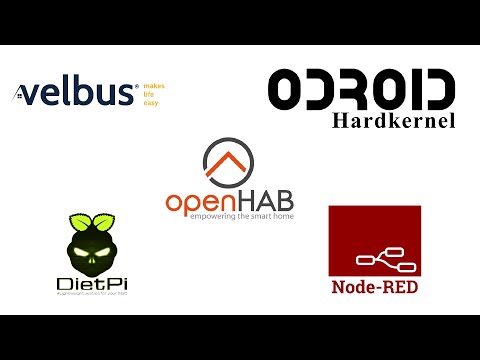 There’s a installation guide PDF linked in the description of the video, which contains links to everything referenced in the video.

This old thread covers the video too

How to setup DietPi ready for openHAB, Node-RED and Velbus Beginners

Hello everyone As part of the series of videos I’m creating to help everyone with their Velbus setup, I have created a video that very briefly touches on all the points needed to get an Odroid C2 SBC up and running with DietPI, Node-RED, openHAB2, VelServ and Velbus binding. If you choose a different SBC, I think the principles remain the same if you choose DietPi as your Debian OS flavor. I welcome your feedback. I apologise in advance for the length of this video, my only defence is that …

Thanks!
I am trying now on my Orange Pi One Zero 512. And further will buy this board.
But first I want to make sure that I can connect my Sonoff Zigbee Bridge (and a couple os Sonoff sensors) to OH3.
Googled and read two days in a row…

I am trying now on my Orange Pi One Zero 512. And further will buy this board.

So did you really read the answers?
512 MB is not enough to run OH well. If you happen to possess the box ok but as you say you have not yet bought it then everybody here says it’s a bad idea. Noone around knows if it works with openHABian or DietPi.

I provided you the link to the official recommendation on HW and OS, specifically for beginners.
Did you read it ?
HW choice is not really relevant - as long as you match the minimum requirements, any from a huge offering of hardware can be used.
Thing is, the component to decide how reliable your box will be is the OS, not HW choice.
Same for the amount of work you will have to put in over time.

For DietPi the same is true as is for Armbian: it is no match to openHABian in terms of reliability.
And not in applicability, testedness, widespreadness of use, availability of experiences and knowledge (in the forum) and of course functionality that is useful or required on an OH home automation server.

If you can get one cheap. Otherwise the pi 4 with 4gb is cheap an available.

“You get what you pay for”

I don’t look at things purely based on price, my only concern is that it works, consistently.

I’m obsessed with sbcs and own several odroids. The get what you pay for would be mostly import fees in my case. I would not say the odroids have better quality than the rpis.

That’s certainly a consideration.
(Given I’m in the UK and importing things has become much not complex)

I had my fingers burnt with a Raspberry Pi (performance and SD card failures) so for me, running from an eMMC card is an absolute must.

But as has been said on here a hundred times, not everyone’s requirements and expectations are the same.

My go to advice for anyone is…

All I can say is that I’ve never been let down by an ODroid C2 or C4.

I had my fingers burnt with a Raspberry Pi (performance and SD card failures) so for me, running from an eMMC card is an absolute must.

Ok, but that is a very common misconception.
eMMC and SD cards are equally unreliable. Read on here (a hard to stop myth, unfortunately).
That is why “has eMMC” should not be a criterion in HW selection: it just does not improve anything.

(on a sidenote: commonly available eMMC cards might be better than the average SD card and for sure they’re better than the cheapmost SD most people buy, but you can also get ‘Endurance’ SD cards which then are on par or better than average eMMC ones).

Sure there’s some differences in hardware in Raspis, Odroids and other but in terms of reliability they’re negligible in fact.

An IMHO severe mistake that people make is to be biased by personal experiences they made and to then extrapolate that.
Yeah once bitten twice shy. That’s human by all means but still results in bad advice in almost all cases. @MDAR I think you’re a little bitten there because you wrongly attribute SD card failures you encountered to Raspis only rather than to any SBC.

On another sidenote, only 20% of causes for interruption of services is hardware (40% are software and another 40% is human errors).

This is why most people focus on hardware way more than reasonable.
If you want as you say “that it works, consistently” then your focus should be on the operating system and it’s availability features as this addresses those 80% SW + ops.

And the IMHO worst mistake that can be made is if your fixation on or taken decision for a specific SBC hardware enforces to use a specific OS (or excludes any of them) which is what happens if you decide in favor of an Odroid.
That’s a critical error in the selection procedure because the outcome is then based on whatever a negligible difference in HW is in what makes up 20% of total availability only.

It should be the other way round: determine your (reliability) needs, choose your OS based on what it can do for you in that regard, then choose the hardware.
openHABian has lots of reliability features specific to deployment as a home automation server, see link above.

Ok, but that is a very common misconception. (a hard to stop myth, unfortunately)

Have I seen SD cards fail in various hardware (not just SBCs, anything from cameras to 3D printers) – YES

So going forward I need to be more specific then.

I’m not saying I’m right or that my opinion is any better than anyone else’s, I’m just saying “This is what I use”

If any more evidence is needed…

Have any of the people who are running #Velbus systems with openHAB on an Odroid and eMMC ever called me / us to complain?
No.

When someone starts complaining or experiencing issues, I’ll change / test other hardware.

I’m not going to discuss this any further, as this is just my opinion, nothing more, nothing less.

On rpi 4 you have the option to run on an ssd with usb3 (compared with c2 with usb 2).
A durable large size sd and zram should work in 99% of all situations as well.

I use Armbian on an Odroid N2+ and it is excellent. It depends on WHY you want to change from what most people use and what your looking to gain otherwise your best to stick with the masses. For me real time video processing with low power draw from the wall is what I was after and the CPU power in this is at least double what most ARMs have. I am able to transcode mjpeg video streams in realtime at much higher framerates then a PI4 can.

Agree that 2gb ram is minimum you want these days, 4gb is nice to have and anything over that it would be better to move to a x86 server so you can run multiple docker and VM etc… Since openhab runs in Java you can pretty much use anything you want so long as it has enough ram. The problem stems from if you do not know how to use Linux, you have openhabian to help you out and others on the forum can give better advice and help. So why change and what are you trying to achieve?