Which Zigbee Stick is currently supported for many devices?

thanks so far here to everybody in the community for the assistance. As I’m not so skilled with computers I’ve already read the documentation and some of the users comments about Zigbee sticks and came to the following conclusions.

First a short description about my usecase. I own 7 Zigbee Switches, 3 Sensors and 17 bulbs.
As they are from HUE I guess they are already Zigbee 3.0.

As I was looking for a Coordinator I found the following options:

So what’s your hardware recommendation for handling many Zigbee devices in OH?

I‘m using deconz with their software and The deconz binding. Works without issues.

I was using the CC2531 before and then switched to zzah, both running via zigbee2mqtt.
Very happy with the zzah.

POPP ZB-STICK (ZIGBEE) (701554) With an increasing number of Zigbee devices: Philips Hue, Osram, Iris, Ikea Tradfri, Xiaomi Aqara, and others – it’s interesting to use these products for Do It Yourself scenarios. The POPP ZB-sticks makes this...

Thanks a lot folks!
I’ll git a try with an ember based device. like @NilsOF mentioned
Let’s see if it can handle the amount.

Oh, you probably need to update the firmware in the stick for zigbee v3 devices

Thanks for that hint @NilsOF (as always highly appreciated)

I guess the Stick comes pre-flashed with an unsigned EmberZNet 6.7.9 Zigbee NCP application firmware with Silabs standard EZSP v8 (EmberZNet Serial Protocol version 8).
I guess this is what it should have, right?

If add permanently mains-powered Zigbee router devices then will be long before reach the limits (normally about 100 normal routes and 200 source routes if Zigbee 3.0 devices or in theory several thousand if Zigbee Home Automation 1.2 devices on powerful chips like those in EFR32MG21/EFRMG12 or CC2652/CC1352). If however only add non-router battery-powered devices then think the limit in default firmware is 32 direct children connected to EFR32MG21/EFRMG12 or 50 direct children connected to CC2652/CC1352. Both the older CC2530/CC2531 and the original ConBee can only handle about 20 direct children at most but they can still manage maybe 100 Zigbee 1.2 devices if they are routed. There is however custom firmware for most of those adapters that can handle more direct children but the whole point with Zigbee network mesh is to utilize Zigbee routers (which is most mains-powered devices) so be sure to not only add battery-powered devices.

Be sure to read all the specific tips here if specifically buy that EFR32MG21 dongle from ITead:

They usually come pre-flashed with an older firmware so recommend that you upgrade it. See example:

Hello @Hedda,
thanks for that upfront information.
The stick just left China, it might take some days till I’ll have it in my hands.

The only thing that is not so clear for me is how many Firmwares exist?
There are 4 different pages, will they flash in the end the same, or are there multiple Firmwareparts for portions of the device?

If the device would be flashed in theory with EmberZNet 6.7.9 then it would be fine, or? because if i take a look here GitHub - walthowd/husbzb-firmware: Nortek GoControl HUSBZB-1 / EM3581 Firmware update image they are talking about 6.7.8.
and here zigbee-firmware/EFR32MG2x-768k at master · grobasoz/zigbee-firmware · GitHub about 6.7.6

Is this already the latest Version? 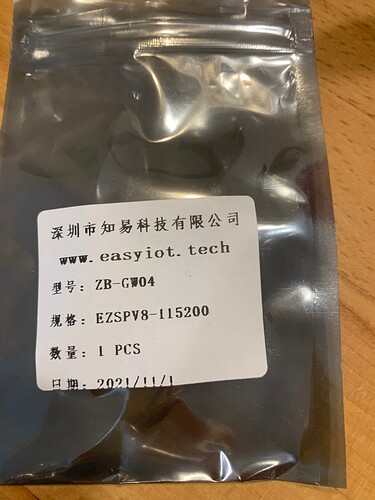 @FranzS Best would probably be for you to now create a new thread that only discusses the specific brand and model of the dongle that you bought as then it will be easier for others to find and discuss it.

EmberZNet version 6.7.9.0 is not the latest version however that version is still quite stable as it does not have a major bug that existed in version 6.7.8.0 and is more mature than some of the newer versions.

If I was you then I would stay with that version until if and when you run into problems that look to be firmware related.

The only thing that is not so clear for me is how many Firmwares exist?

There are 4 different pages, will they flash in the end the same, or are there multiple Firmwareparts for portions of the device?

Yes those will all flash the same as long as using a version number that is compatible with your chip. The source should not matter in theory as long as the get version number is correct + it connects and works when you test it.

I believe that EFR32MG21 (and EFR32MG12) are compatible with all/any versions newer than EmberZNet 6.7.0.0 however you can read some more about that here:

Yes there existing loads of community compiled firmware available, and we should all be grateful for that since most Chinese manufacturers of dongles usually do not provide their own firmware updates but rely on the community compiling and providing firmware. All the firmware is however compiled from the same official source which is made from Silicon Labs to anyone who bought and registered one of their official development kits (the cheapest official dev kit is only $99 from Silabs so not super expensive even for hobby developers and electronics engineers).

If you buy and register a dev kit yourself then you could be compiling “standard” firmware images yourself within a few hours, which you could then share online to help others. That is why there are so many out there. There are however not that many that really know what they are doing which is why I linked a couple of specific ones.

For a community compiled firmware to be compatible, it needs to be compiled with the correct pin mapping combination for RX/Receiving) and TX/Transmitting (which is something that is standard on newer Silabs based dongles if they use a EFR32 Zigbee chips), then the version that works on the chip model inside your dongle also need to be compatible (generally older versions do not work on newer dongles and newer dongles do not work with older versions so not really complicated).

To simplify it; just need to look at the version and just a bonus if can get your images from a source that is known trusted by the community, but it is not a real requirement as even if you get and flash a corrupted firmware image you can still recover and reflash from the bootloader without too much work so no need to be worried about firmware flash failures. In practice, Silicon Labs have the EFR32 chips so they should not be able to be bricked.

You an run older and newer versions - there is no real limitation and in general anything newer than 6.4 is likely to work ok.

If you buy and register a dev kit yourself then you could be compiling “standard” firmware images yourself within a few hours, which you could then share online to help others.

Personally if you are just after NCP firmware for use as a dongle, I would really not recommend this. There is quite a lot of stuff that is needed to be understood to make it work “properly” that is a) not obvious, and b) not documented. Just use firmware that others build.

First of all thanks to @Hedda for the explainations.

In short words: I guess I will follow your approach not to update the Firmware.

But I’m not sure if ZHA will be compatible.
They also mentioned this repo.

Contribute to xsp1989/zigbeeFirmware development by creating an account on GitHub.

But as mentioned I will keep the Version and will continue the discussion in the other 7$ Stick tread.

!Thanks a lot for your support here!
!It gave me a good kickstart!

FYI, there is requested for newer firmware from Elelabs (who also make Popp Zigbee stick) here:

But I’m not sure if ZHA will be compatible.

My every day’s business