I’m making a bigger renovation of new flat. I would like to prepare electric installation (cables, low voltage cables if needed, switches, etc…) for automation.

Lets talk about lights only to make it simpler.

My problem is I would like to have a backup if i.e. OH server is down, router is down or switching relay in Sonoff die. It must be possible to turn the lights on/off.

1: Is it possible to control a bistable switch (like this) with a reprogrammed Sonoff? That way when I toggle lights in OH sonof will send a pulse? Second question: How OH will know if lights are on or off?

2: Is there a Sonoff equivalent that has switching relay (not relay that is connecting NO pin, but relay with NO and NC pins)? This is imho safest option but again - how OH know lights status?

3: Could be something completly different? What are your wife-safe automation solutions?

Take a look at HomeMatic. They have a solution where local switches can be integrated as well direct interaction between actor,s without hub/central interaction, though having the possibility to control the actors through openhab.
e.g. 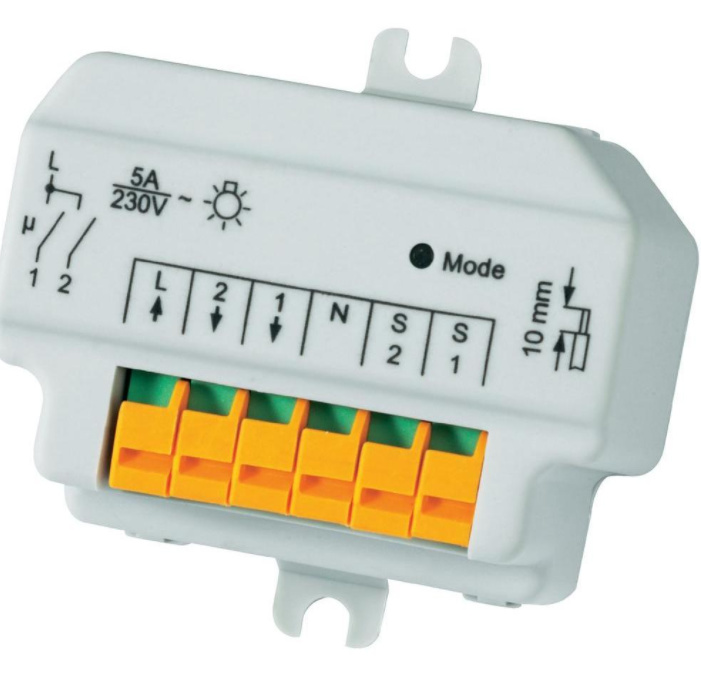 How much is it different from reprogrammed Sonoff basic switch (which is 10 times cheaper)?

Is my assumption correct: Reprogrammed sonoff + push-button connected to I/O. If I press the button - light toggles. Will OH be able to “see” that the button on the wall was pressed and it will update light status on the GUI?

This one you can put flush mount behind the switch and it is industrial. You have all sort of actors, sensors.
I built my whole interface system based on homematic. Openhab is the logical layer.
What I also did, and this is for the same reason (wife-safe) is that I made as much as possible direct connections inside homematic (device-to-device) and switch to actor wiring. This guaranties that basic functionalities like roller shutter up/down, light on/off alway works regardless of the staus of the central (homematic ccu or openhab). The wireless system works like a charm, much wider range than you can see with wifi.

Doesn’t the Sonoff T1 switch work as a switch if there’s no network connection? Or have i misread the specs?

Yes. It can switch 600W which is quite a few lamps,

How much is it different from reprogrammed Sonoff basic switch (which is 10 times cheaper)?

Well, a Sonoff isn’t just 5€ either, and I read about a couple of reports they’re occasionally catching fire.
So if I were you and wife-safety was my priority (now in a literal sense), I’d think twice if I really wanted to deploy these.
Wir müssen sparen, koste es was es wolle…

Check out ZWave switching actuators such as the Fibaro FGS-223, they’re also ~47€ - but for 2 channels.

You make me sad.

There’s nothing in life for free.