The zWave database is missing some parameters for the ZEN22 switch that I recently received. I would like to update the database but I do not know what version number I should be using.

PaperUI shows zwave_version 3.5 and HABmin shows Firmware Version 3.5… However the XML file for the node in userdata/zwave/ shows version 4 for the node. Which version should I use in the database?

Thanks for your help.
Jim 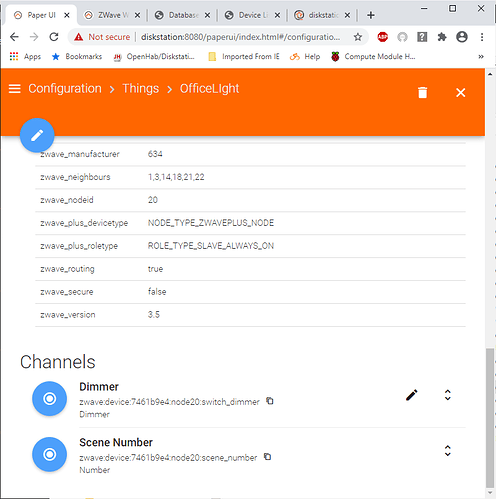 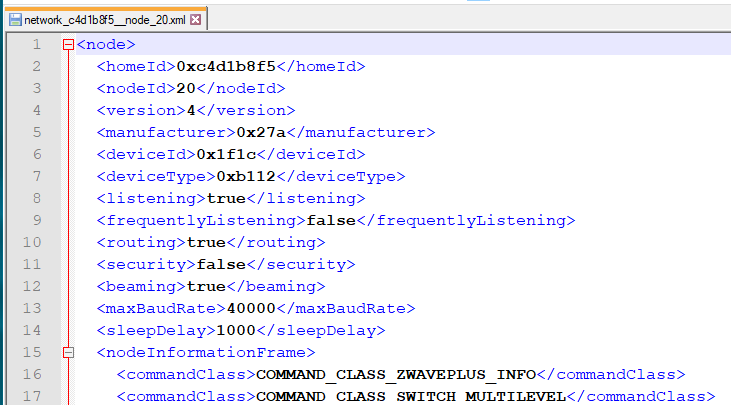 The Paper UI says Z-Wave protocol version 3.5 but that appears to be the firmware number.

The version 4 you see in the xml is not the firmware number. It is way further down on the file.

The branding versions Zooz assigns to an item appear, at times, to be vastly different than the reported firmware version.

What version of openHAB are you running? That database entry was updated earlier this year.

What configuration parameters appear to be missing? Some may have been marked as Advanced and hidden by default.

Here is the database entry for your device.

I’m running version 2.5.0.00 but the parameters are not in the CD Jackson database so I believe the OpenHAB version is irrelevant, correct?

That database entry was updated after that.

Why do you think something is missing? Did the manual coming with it show something more?

What is missing? Zooz adds features with later firmware and hardware versions. 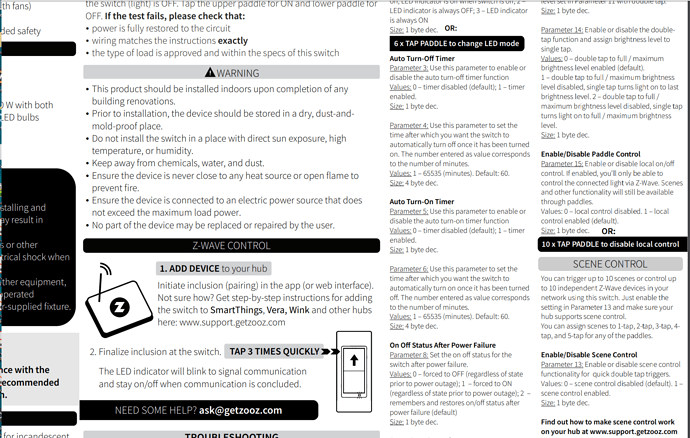 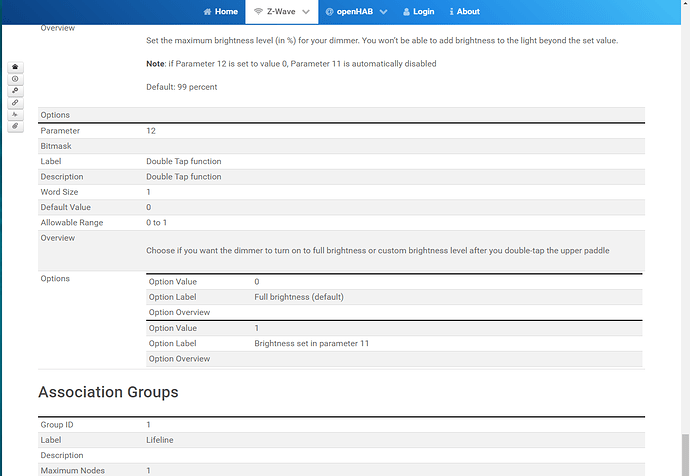 I have found problems I’m their manuals on a couple of occasions.

@JimH
I looked further and see those missing too.

I will reach out to their support to verify the firmware versions for those features. They have been very helpful in supporting their devices in openHAB.

EDIT: I just sent the email to support asking about those features & firmware versions. they likely need to check with their engineers.

EDIT2: That functionality was added in version 3.01 (shown as 3.1 in OH). I will need a copy of your xml file to make a new database entry for this. 3.0 did not have scene control, as seen in the manual attached to the database entry.