The first installation of the zwave binding can take some time until all the dependencies are installed. I usually look at the logs to verify. Occasionally I have restarted OH.

Thanks for your answer

Instalation of binding it doesn’t take too much time, maybe 1-2 minutes, but I also wait for a while before adding the controlles.
I’ve tried with only one dependency and whiout dependencies, but I always get the same issue

I think the issue with the Pi was it thinks a stick is usb 3 when it is actually usb 2 only.

Next week I may be setting up OoenHAB again to test a Z-zwave usb stick from a vendor.

Hi Bruce
I think I know what is the problem, but not clear about hoe to fix it. Checking documentation from Z-wave usb sitck manual I can see hte following:

Linux should appear as a /dev/ttyACM0 (or other numbered such as /dev/ttyACM1 … ACMx ) device, if it does not, you may need to manually install the CDC-ACM module (should already be a part of the Linux kernel) or re-install Linux.your code goes here

So it seem that I need to use tty ACM0 instead of ttyAMA0. But I don’t have that option when I want to chage serial port configuration in Paper-UI:

Also, I’m not able to see this tty in/dev/ folder :

But is included in /etc/default/openhab2 file

Do you know how can install port ttyACM0 in openhabian and get that option in Paper-UI?

what is the output of sudo dmesg | grep tty ? My controller is at /dev/ttyUSB0 in a RPI 3B+ running Raspbian Stretch. 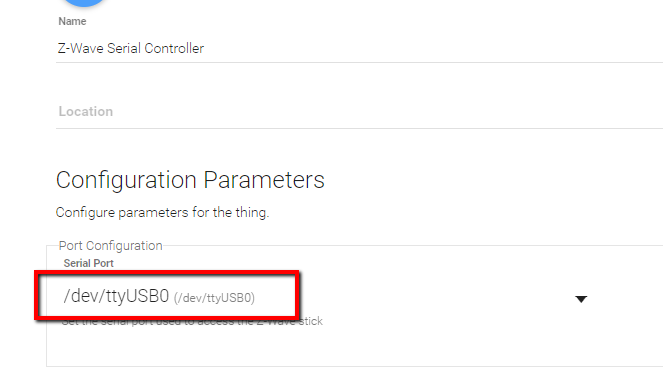 this is the output:

Based on that I would try either of the 2 options in the PaperUI. Whichever works. The OS only sees those 2 serial devices.

Based on that I would try either of the 2 options in the PaperUI. Whichever works. The OS only sees those 2 serial devices.

I’ve tried both options, but smae issue is there.
I think that only optionthat I have is be able to get ttyACM0 defined.
It seems that is not in my sistem:

Have you tried using a usb hub between the Pi & stick?
The Pi 4 does not properly meet USB standards. The issue was discovered after the product was released.
Try that & run the dmesg command again to see if another port appears.

Have you tried using a usb hub between the Pi & stick?

Not yet. Tomorrow I’ll try to buy a usb hub . Do you recommend anyone?

Many people found a cheaper USB 2 hub worked better because sometimes the Pi misidentified a USB 2 stick as supporting USB 3.

Thank you very much! Finally I fixed the issue with the following USB hub: 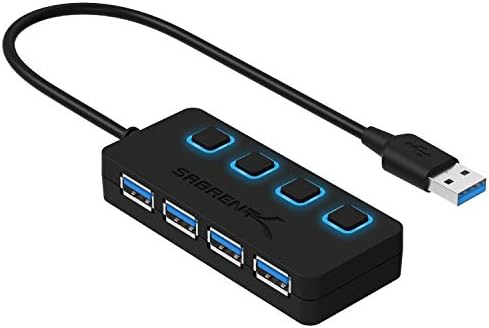 It seems that is aknow issue for Aeotec Z-stick GEN 5, in coase of using Raspberry PI 4. And the workaround proposed by Aeotec is to use a powered USB 2.0 hub in between RPi4 and the Z-Stick Gen5 . Althought I connected a USB 3.0 hub

After connect the USB hub, I was able to select port ttyACM0, and after select it. Z-stick went to online

Thank you very much for your help on this issue

This HUB worked for me; 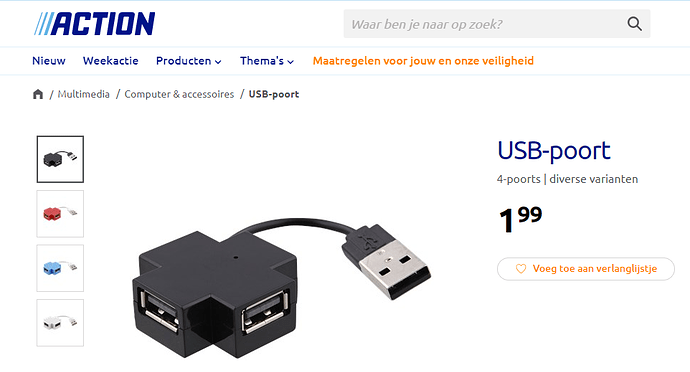