guess i messed sth up?

No, seriously, I’m not sure - the issue is that the device isn’t responding (ie the NO ACK). I don’t know why this would change with the database update - in fact, I would think it’s most likely unrelated to the database change…

(sorry - not sure how to help with this one).

sorry - not sure how to help with this one

I know it’s easy to think that because the changed the software, and it worked before, and doesn’t now, that it’s ‘obviously’ related - but it might also be a coincidence, and I prefer to keep an open mind as I don’t see anything that’s should be related. Currently, from the log, it simply looks like the device isn’t responding to the PING, which is quite basic and I don’t really think should be related to the database change…

yup
I try to find out what else it could be…

somehow get “corrupt” on the stick

ok it gets more confusing…

does the node iteself know it is node 9? 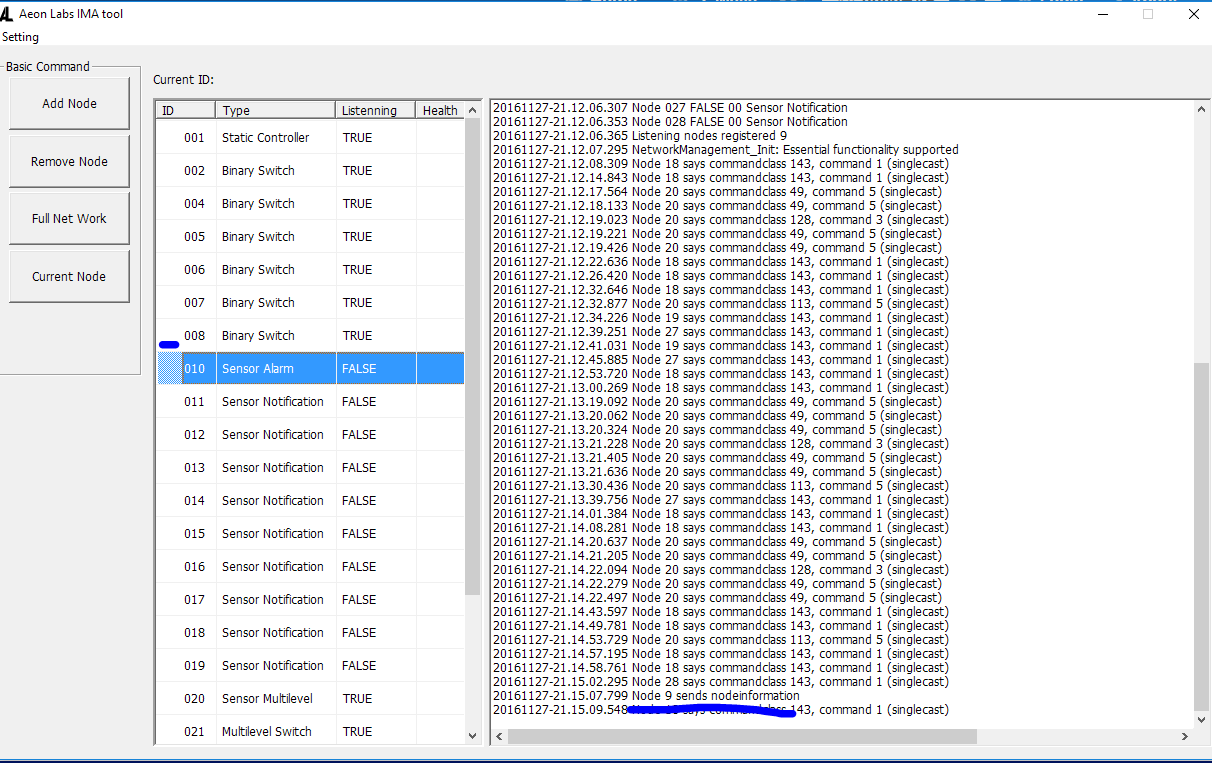 . the node has vanished now from the available nodes list…

ok the node vanished without performing an exclusion
and now the device can not perform the reset ( as stated in manual) and not be included anymore.

pretty sure the device is defect. just no clue why it vanished from the stick on its own.

does the node iteself know it is node 9?

Yes. If you exclude a device, or at least delete it from the stick, then the node will continue to try and communicate with the stick using the same node number. I see that in my test system - if I hard reset the stick, the nodes will still send data and be received on the stick…