Access last value of an item in DSL rule 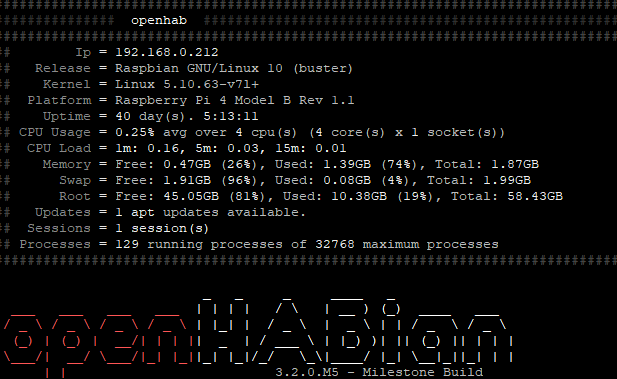 I have a setpoint for a thermostat that is changed throughout the day. I would like to have a different rule action based on whether the last change was up or down. I have rrd4j installed and am using DSL rules.

What I do not know is possible is to extract the prior value of an item in a rule. Something like;

extract the prior value of an item in a rule.

You might look at the implicit variable previousState, which does not need any persistence.

Thanks ! Let me see if I can make that work.

It took a few tries to see what previousState returned when attached to the Setpoint and it seems it is mostly a date and not temperature (and the temperature was not the previous 76 F). What I tried;

Am I missing something basic?
Bob

This is not the implicit var!

Or even more simple:

Please be aware that both previousState and newState implicit var are only available for a rule which is triggered through a changed event.

That goes and fetches the last entry from your persistence service. That’s likely to be the same as the current Item state, depending on exactly when you persisted it.

You don’t need to wrestle with that.

so the simplier suggestion should work. I was never very clear on what implicit var means.

ok let me try some more.

Ok that works, so marked as solution (see first line below). Now I’m having trouble with the math (minus sign) as in the commented out line above. I’ve tried both val and var

Edit: Never mind, let me try another way.
Edit2: Just jumped to what I said in post #1

I would like to have a different rule action based on whether the last change was up or down.

and that works fine. Thanks again!

You didn’t show us the math, so that makes it harder. At a guess, you tried to subtract states. Or perhaps ‘state as Number’ - that will mess up too, because your states are Quantities, with units.

openHAB provides Quantity Type features, which can seem baffling. On top of that, Temperature type Quantities have a few quirks all of their own. These notes intend to guide the rules author. I’ve shown work examples in DSL rules language, see below for other scripts examples. All have similar features, if different syntax. Knowing what can be done is half the battle. What is a Quantity Type? Simply, Item states and rule variables may contain Quantities - that just means a number AND a unit …