Aeotec has started selling a new zwave 700 series version of their range extender (see in links:) 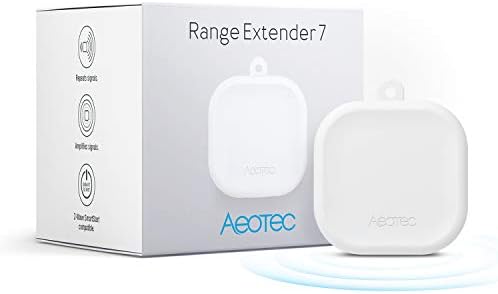 I tried adding it to my system, and it comes up as an unknown device, obviously since it just came out. Is there a team adding new devices, is this something I should do myself?

Thank you for your time and effort.

It is a community maintained database. Here is the database guide if you wish to try.

The 700 series apparently only works with Silicon Labs Z/IP. See this comment from our developer.

700 series devices are generally not compatible with existing ZWave software as they use a slightly different interface definition. This is because ZWA wanted to push people to use the Z/IP layer. I do expect to get one of these any day now, and do expect this requirement to be phased out over the coming 12 months or so. No - not at the moment. I don’t expect many will now, and in future I expect it to be less - things will change over the next 12 months.

The 700 series apparently only works with Silicon Labs Z/IP.

Just to be clear - this thread is about the range extender - that will work fine within an existing network and doesn’t need Z/IP.

Because it should be backwards compatible, right? the 700 series sensors will work in openhab, just not the controller?

Because it should be backwards compatible, right?

Well the ZWave protocol is the “same” for 100, 300, 500, 700 series (there are differences, but let’s quickly ignore that - eg ZWave and ZWave Plus). Where the issue comes is with the SerialAPI. This was not published for the 700 series as the Alliance wanted to move people to use Z/IP. So, the “incompatibility” is with the serial API, and not the network protocol itself.

@chris
That makes a lot more sense.
So should I try to add it to your database or will it not work due to incompatible serialAPI?

*edit
Sensors can be added because the protocol is the same, controllers are not compatible so no need to add.

So should I try to add it to your database or will it not work due to incompatible serialAPI?

If it’s added to teh database it will work fine with openHAB. Any 700 series device will work fine - it’s just the sticks that rely on the serialAPI that will not work at this time.

Did this device get added to the database? I think I see it here: https://opensmarthouse.org/zwavedatabase/1274, but I just added one to one of my OH systems and it says the device is unknown. This is on OH 2.5.8. I see the info below in habmin. It looks like it matches the device in the database, but maybe there is a difference that I’m not seeing?

This is irrelevant for a repeater, right? As long as it is in the in the network, I believe it is working. So this question is really more informational, not functional.

Did this device get added to the database?

Yes, it’s included in the binding. Possibly your version was only added a few weeks back so it’s only in the snapshot version.