I’m having some issues with battery life lately; especially with two multi sensors.
They last about a week with alkaline or lithium batteries.
Aeon labs 4 in 1 multisensor gen 5 Here are my settings. I’ve set the reports to be 7200.
What else could be causing this? 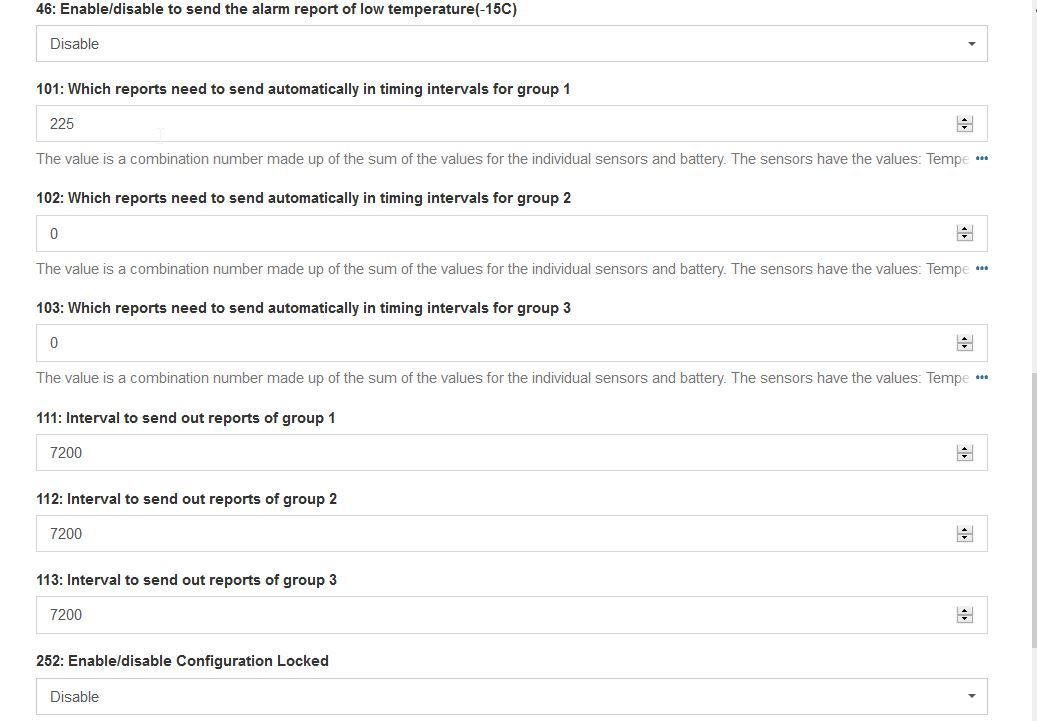 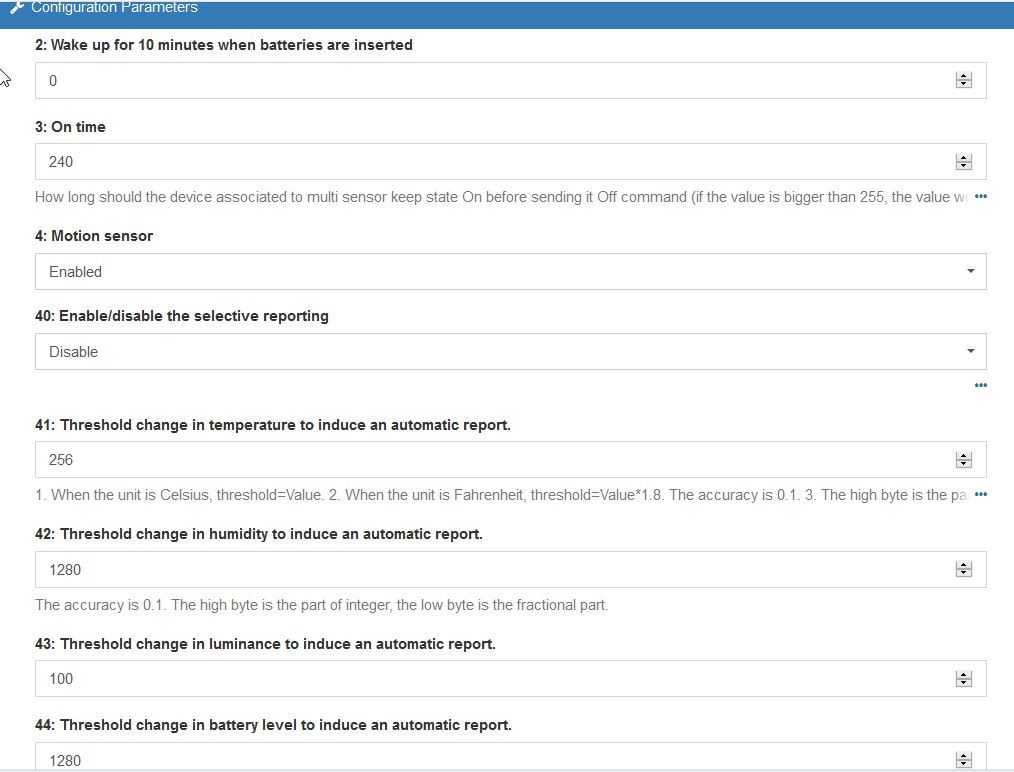 I can try reducing the sensitivity.
Deactivating the motion won’t work as that is the point of it.
It is not below 15 C
Unfortunately, there is no outlet near this installation. So it must be battery.
It was ok for some time(on both units).
All of a sudden, they both starting using the full batteries in a week.

Has the device ever been used on USB power? IF so, I’d reset it and include it back into the network on batteries.

never been on USB; only batteries

Ok, just to double check, I’d make sure that the “listening” flag is showing as false (should be shown in HABmin). If the device thinks it’s running on USB it won’t sleep and this will kill the battery in about a week. I guess if it’s never been on USB it’s probably not this, but worth checking - maybe also worth resetting just in case?

when you say reset you mean detatch it from the network and readd it as a new node?

Yes. I’m not sure if it will help, but might be worth a try…