my Raspi was running smoothly over weeks. I have today changed the location of the Raspi and for that I had to shut it down. I stopped the Influx and Openhab service, before I powered the Raspi off. Then started it again. In principle it is working, but not all - actually most functionalities don’t work - mainly because no Rule is triggered. But not only that, also data is not stored properly. What is very strange, that there is some data stored (in influx), but many THINGs data not.

Pic below: Speedtest is not showing results after 1300 - no regular measurements anymore like before (blue line). 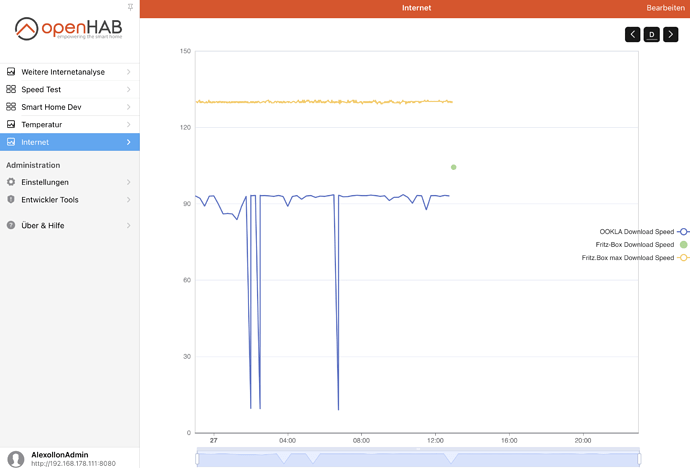 image2518×1710 318 KB
Pic below: you can see on the example of the temperature that one sensor is still properly shown, all others stopped being visible in the data recording. 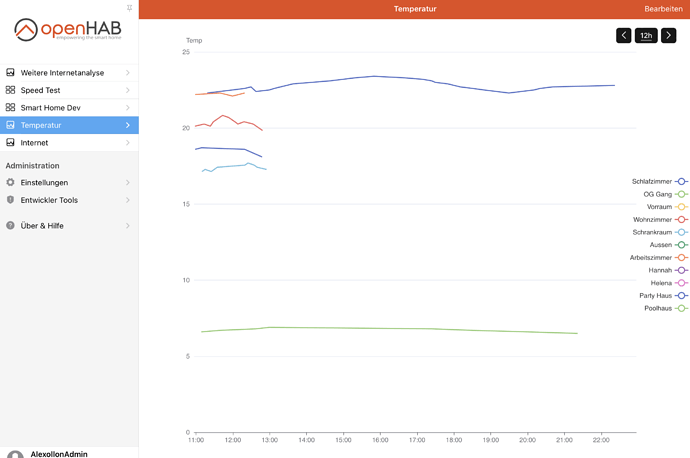 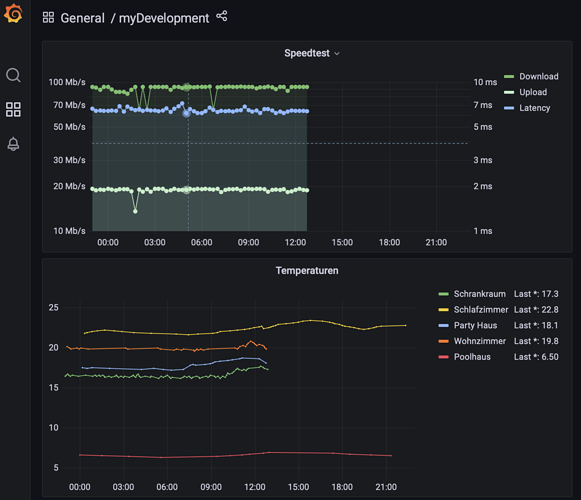 In the logs I see that no RULES is triggered (the log looks similar as before, ie the yellow and red lines have been there before, meaning that some Netatmo sensors did not work - but that is here not the topic). 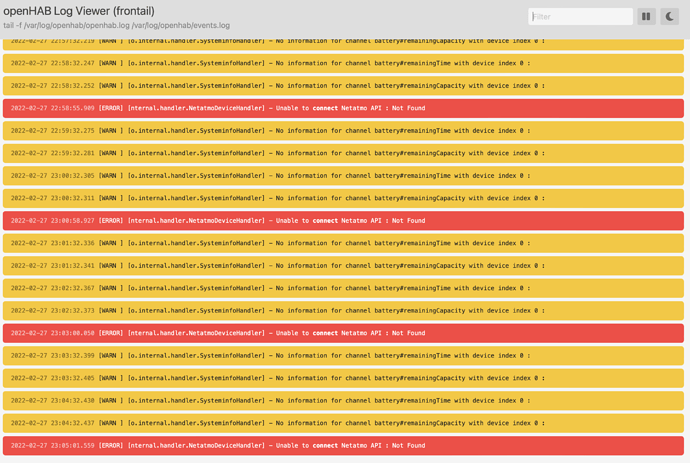 What works: I can trigger a manual speedtest via a panel and the results are shown - see pic below. However, the CRON job is not triggered. And secondly the results of even the manual measurements are not shown. 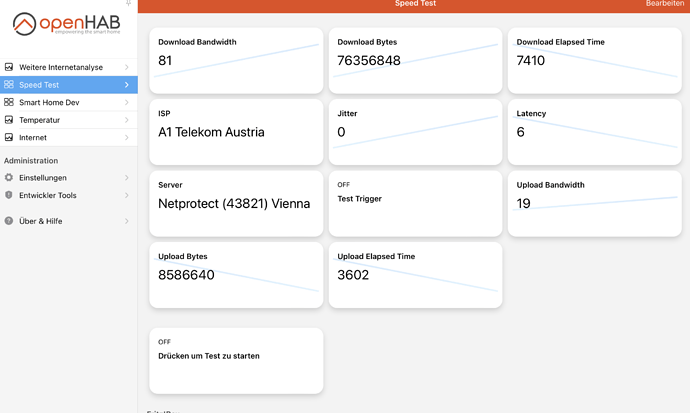 And what is specifically strange - and I suggest to focus on this problem as I assume the others are depending on this also is that after triggering a manual measurements on the page above, and seeing that the measurement results change, ie it works, I cannot look on this data. Meaning that if I press on the first item “Download Bandwidth” which I just measured now in the evening at around 23:00, this (and several I performed in the last 1h) ARE NOT shown in the graph (when I click on the “download Bandwidth” the window with data over time opens): 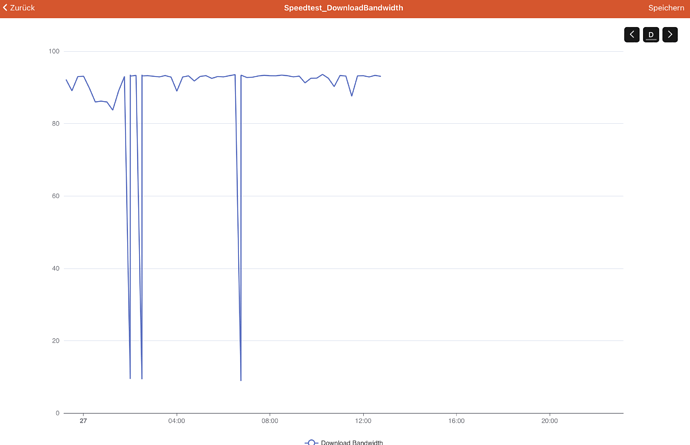 Is anything working as before? Yes, e.g. data from Raspi like CPU temperature, but also the Corona binding is working without problems. What I of course also checked is whether I can reach the Internet from the Raspi, worked also perfectly.

Does anyone have an idea how I can find out what the problem is after the restart and how I can get the data storing and rules properly working?

actually the THINGS are online. The channels show data and it is changing (I just show one screenshot of a light sensor - I switched on light and it changed immediately the value).
But this can also be seen from my previous screenshots where I show how some sensor data (like 2 temperatures out of around 8) is still recorded. 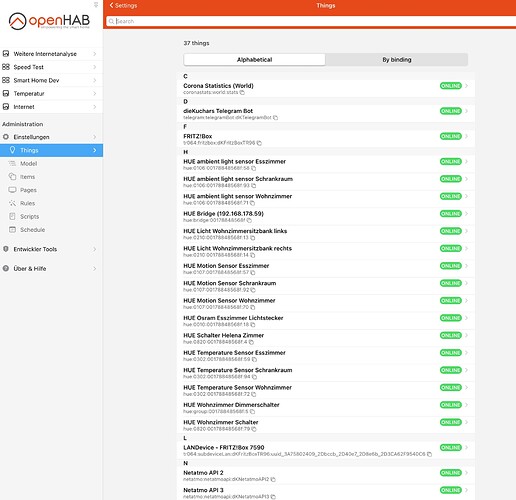 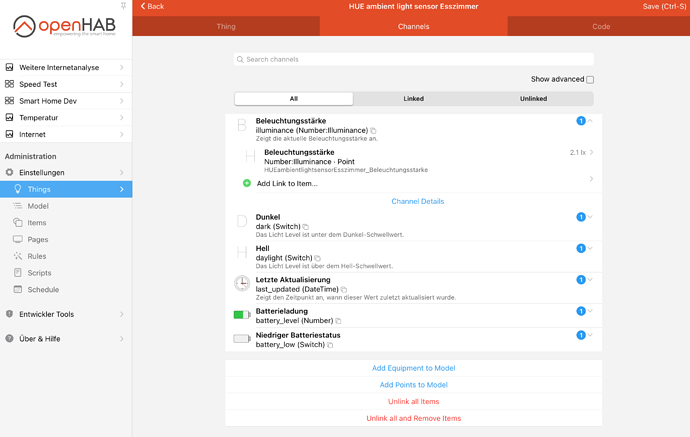 You correctly state that there is no event seen in the event log - that is one of the problems. The question is why.

If you don’t see the event in events.log, unless you messed with the logger settings or Frontail filters, that event didn’t occur.

What I see above is:

The problem isn’t the rules. The problem is there are no events. I couldn’t tell you how or why that would ever happen. I assume you’ve restarted. You might try clearing the cache.