I would like to use Alexa to play Spotify via a Bluetooth adapter to my amp. Due to the fact that this equipment is also used for tv/radio/Kodi, the input is not always going to be on the Bluetooth receiver input

I also have a harmony hub working now

I took a different approach to this.
I have 2 amazon echoes - one is connected to my AV gear somewhere far away locked up in a cabinet, the other is ceiling mounted (also an echo dot)

I named my second echo dot "Speakers"
So now, I simply say “Alexa play on Speakers” - slinging the audio straight out the second Alexa, keeping the default speaker running for my normal interactions.

In addition to this, I have used the Spotify integration Pythin code (elsewhere on this forum, coded by pmppk)
What I do with this, is keep polling the current running Spotify Device. When The Spotify Device is determined to be either of my Echo dots AND the playing state is ON, the rule makes sue that the correct Amplifier is powered on and changed to the valid source.
This means that even if my wife simply says to the echo that is NOT connected to the Amplifier “Alexa, play ABBA”, the status checker determines that my wife is listening on an Amazon echo device and switches the source correctly.

As a final bonus, I can write a rule that determines when Nicky Minaj comes on and automatically skips the track, or when “Explicit” music plays during times where my kids may be awake and then skips those tracks.
Of course, this does need an additional dedicated echo dot… BUT I simply placed the second dot as my audio source because my previous solution dies.

Prior to the second Dot being configured, I just used an old android device, installed AutoStart and Stay and Spotify and treated the device as a dedicated Spotify Server.

Given the choice and having used both though, I have found the solution using a second echo dot to be more reliable - and easier to manage, because I can fully control the music on the second device without additional rules e.g. "Alexa skip track on speakers"
In addition, if you are using the full sizes echo devices and want to play from both sources, you can now group them and voice control them together,

Forget to mention, I plugged my Amp into the second echo dot too - this provides better quality audio stream and a more consistent connection which does not require a wait time whenever the Amp gets switched on.

I like the idea of the Spotify “agent”. My amp is ancient and I have a little Logitech Bluetooth h receiver 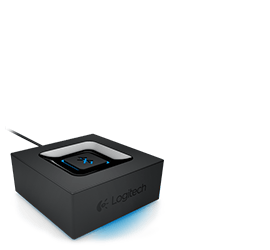 I would then hope the workflow would be:
“Alexa -play ABBA