I switched to openHAB3 now, and while letting Alexa scan for my already “ready” items, which I provided metadata for, I also noticed, that Alexa did also find some items, which do not contain alexa-metadata at all. How do they go into Alexa? 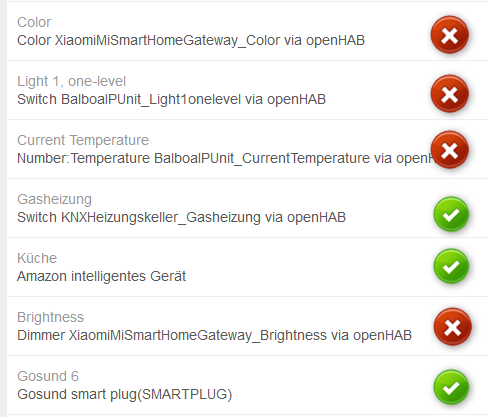 The first three don’t have anything to do with Alexa, as it’s some Color-switch for my Xiaomi Gateway and the (beta) Balboa-Binding for my whirlpool.
From the green ones, I only added the “Gasheizung” switch via Metadata, the “Küche” is an echo and “Gosund 6” is a smart plug, which I control via Alexa, so that makes sense, those two are found.

But how will Alexa find those, which definetely don’t have metadata at all?
Is it, because the binding flags them as “lighting”? 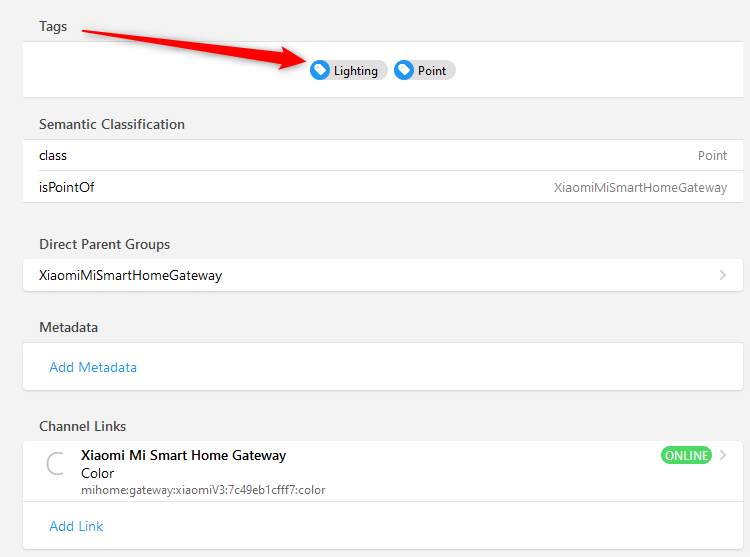 But how will Alexa find those, which definetely don’t have metadata at all?
Is it, because the binding flags them as “lighting”?

The Alexa skill still supports v2 tags. Although, this will be deprecated at some point in the near future. So, your assessment is correct.

At the moment, if you want to prevent the skill from making such item configuration as Alexa-enabled, you would need to use this workaround.

Not that it was intended to be used that way but you could just specify an invalid Alexa metadata value. The skill ignores the tag values if the Alexa metadata is defined. Switch Light "Light" ["Lighting"] {alexa="disable"}

Thank Jeremy,
for those, who like me switched to GUI-only configuration:

delete all devices in the Alexa App (or Web-App), and let Alexa search again. It shouldn’t be on the list anymore.

Thanks for sharing. Just stumbled across this as well. It would be nice to have some switch somewhere to disable v2 tag support in general and so not accidentally expose “all” items I add - If I forget to explicitly disable it for Alexa.

It would be nice to have some switch somewhere to disable v2 tag support in general and so not accidentally expose “all” items I add - If I forget to explicitly disable it for Alexa.

Support for v2 tag has been removed from the upcoming skill changes for all OH3 users to prevent conflicts with the semantic classification. Once released, you will no longer have to use the workaround I mentioned above. Feel free to join the beta test if you want a head start

We are planning to release a complete rework of the openHAB skill for Amazon Alexa which introduces a new device-centric metadata syntax in line with the other voice assistant integrations, and simplifies the configuration of basic functionalities, while staying backward compatible to ease the transition. The new skill has now been deployed in beta test and we are looking for testers interested in upgrading early and providing some feedback. It doesn’t matter which OH version you are running. …

That is great news, thanks! Let me have a look what needs to done for the beta test…