"." as thousand separator in Main UI via State Description / Pattern 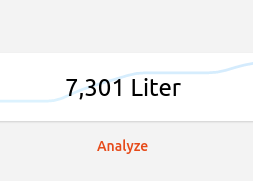 I’m using a stateDescription to format it (currently: %, .0f Liter). Changing it to %. .0f Liter instead results in gibberish.

Question is: What do I have to do?

My local raspi is set (under raspi-config) to the profile de_DE.UTF-8

Changing the openHAB Regional Setting to “German” (though I’d like to have openHAB in English) doesn’t make a difference. 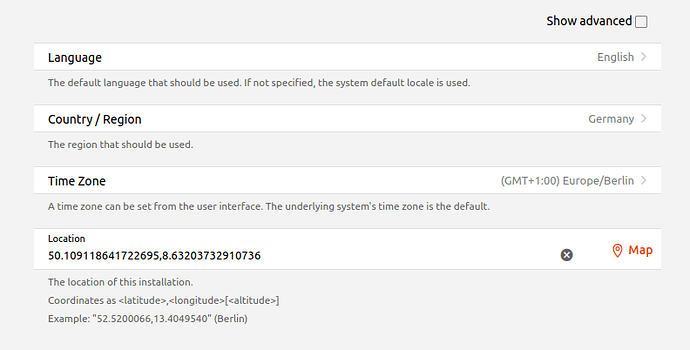 Update: Read through this thread here Number formatting (thousands separator) - #28 by Simsala , but am a bit hesitant, since the thread is rather old and maybe I’m just doing something wrong.

The “print” formatting is done by Java utilities, so it is the Java locale options that you need to set, as per the thread that you found.

Assuming you run openHABian, please update to latest and use menu 32 to re-set the locale and let me know if that fixes it.

Will try @rossko57’s hint and report back.

Java, unless instructed different, should reuse the system locale settings so it’s rather about getting those right.

Thanks a lot for all the hints!

The “print” formatting is done by Java utilities, so it is the Java locale options that you need to set, as per the thread that you found.

So just to double-check, to not mess up the wrong parameter, before I keep messing around with internals:

Observation: Strangely I do not see any entries with something .format.

My raspi-config is set to the profile de_DE.UTF-8 → Ok from what I can see.

language is “English” → Ok from what I can see.

Thanks for all the hints. I managed to solve the problem myself based on the hints above.

Fun fact: My case illustrates how important it is to state the overall setting in which you’re operating in when opening a new post here in this forum: Since I’m running on docker (but forgot to mention this), raspi-config doesn’t even play a role, since this changes the Raspbian-variables, and the ones that are relevant for openHAB are (in my case) the ones of the docker container and thus defined in my docker-compose.yml. As a result the problem is also fairly easy to fix.

Here’s what I did to solve the problem:

Thanks for everyone involved.