I would like to control my Apple TV 4 on OH2. I have read in several post’s that it shoud be possible with the Apple Home Kit Binding. Nevertheless in my opinion I have the following comprehension. The Home Kit with the appropriate binding is useful for control these different smart devices, however not for the ATV4 itself.

How can I control the ATV4 itself on OH2?

The only way I do know is to steer the ATV via a Harmony hub (Logitech). But this means additional hardware…

One possibility is pyatv and exec binding

I use pyatv, works very well.

Would this work also with older Apple TV Versions?

Could you post a few examples how you trigger the signals?

Thank you very much in advance 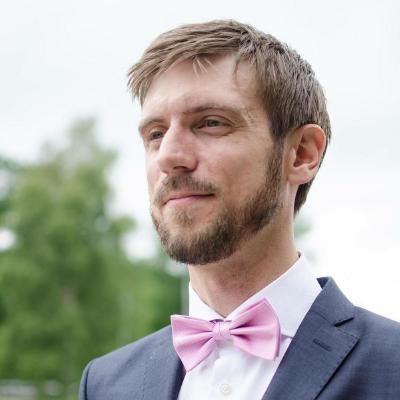 pyatv - A python client library for the Apple TV

how do you listen to a change of play_state?
If you do not use it yourself, do you have any idea to setup?

Thanks in advance!
HFM

I’d be interested in setting it up as well and controll the appleTV with openhab. Would you please be able to share some insights (for a linux/python newbee) on how to setup pyatv?

what do you want to do exactly?
On what system is your openHAB? RPI 3?
Which version do you use? 2.2?

Hi,
I’m running Openhab 2.2 on an RPI3 (openhabian). As I’m controlling my TV via openhab already (LIRC), I’d like to do the same with my apple TV. I’ve never used python, so I just followed the steps, shown on githup for installing pyatv, however something seems to not work:

you need Python 3.5.2 and above. So you have to install it manually because unfortunately there is no package in repository. So try this.

Then you should have the option to

After that it is easy to scan atv

But I have no clue how to build a useful listener without increasing load too much.

thanks a million for your guidance! It works

I’ll play around with it a while. The first thing I noticed though is a quite extrem lag: Between issuing the command on the RPi and actually seeing it on the ATV, it takes arr. 7sec.

I think this is because there is a session send everytime.
Another aspect is the load of RPI. If too many processes are running in parallel maybe it is too much for it.

atvremote -a (or use loginid plus address) play stop top_menu

I would advise to try it and test what is better for you.

PS: If you use loginid and address it is 3 seconds faster. I believe.

I see! Thanks for the hint again!

Python 3.5.3 is only needed when running pyatv from the master branch (when cloning directly from GitHub). Running the latest release on pypi (0.3.9) only requires python 3.4.2, so the upgrade isn’t really necessary right now but will be in the future.

I can help out building a small script that listens for push updates and sends the update somewhere if you like? It’s quite easy with the “push updates” API:

Question is what you want to do with the data once you have it?

You will see lag when using autodiscover, but it should be quite fast if you specify address and login_id manually when running a command. pyatv is not that heavy, so it shouldn’t put much load on the system.

the goal is to use the data provided to set the values via REST API (https://docs.openhab.org/configuration/restdocs.html and http://demo.openhab.org:8080/doc/index.html) to items.

An example:
If my wife starts playing a movie (or if possible pushes the button of the remote to activate apple tv) in the evening the state could be sent via API and openHAB could react on this change. Then it decides due to the luminance to switch on dimmed lights (for tv; a small lamp is already on due to motion). If she pauses the movie the lights are dimmed up to brightness. If play state is set to “Idle” and nothing happens for more than X minutes, then everything is switched off.

Another example:
My wife likes shows like “The good wife”. Sometimes there are several weeks between watching sessions. So she (and the apple tv) forgets about what she saw the last time. If the title and position could be sent to openhab to other fields, openHAB can react saving that. And she can look in her app what she watched the last time.

So what would be great if you could develop it?

Being flashed from your propose and sending thanks in advance!
HFM

Hi,
super! works smoothly!
thanks for the help!

The REST-part is not really an expertise of mine, so I can provide some conceptual code for that but you will have to adjust it to include the correct payload and select a proper endpoint. I’m only used to Home Assistant (that’s what I developed pyatv for) and have never used OpenHAB.

You will have to adjust the code in _post to do what you want. Also, if you want to POST to multiple endpoints, you can quite easily refactor to accomplish that. Multiple

thanks for your work!

I tried 2 days to get it working but I failed. I am too unexperienced with Python. I think I have no clue from the basic concepts.

Maybe you could assist a little bit?